New York City is great for kids, even if it might not look like it because of the tall towers and busy streets, but really, there are 11 best New York neighborhoods to live in with families and kids.

The American Dream has long been associated with moving your family out of the city. Raising a family conjures notions of white picket fences surrounded freshly mowed lawns. Urban gridlines are replaced with the checkerboard of split-levels and colonials. Modern stereotypical wisdom is that children need a cul de sac to ride their bikes and a city is a place for single grownups to do business.

However, cityscapes have certainly been revitalized in the last generation. Crime which spiked in the 1980s and the first half of the 1990s has swiftly plummeted. In 2014, the city reported the lowest number of homicides since 1963. Violent crime in New York City was below the average for large cities in 2015 and The Economist ranked it in the Top 10 safest cities. 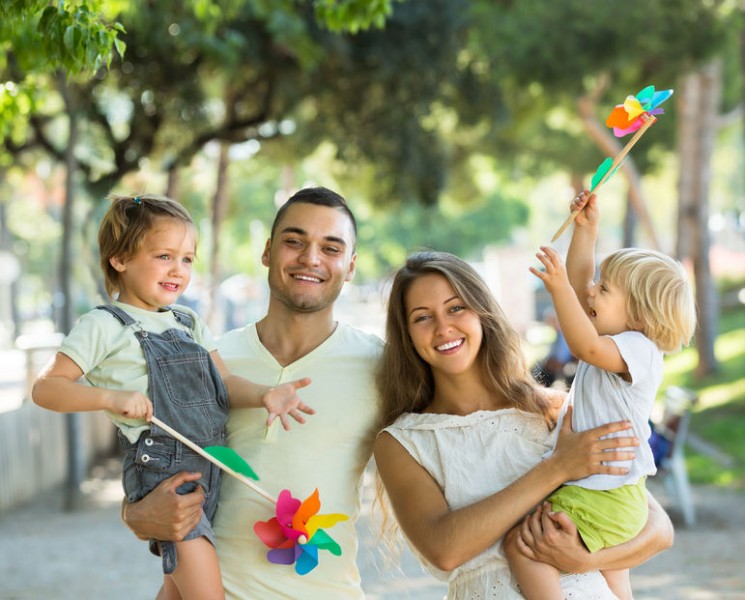 Of course, crime is not the only component to take into account when considering raising a child in New York. There are cultural palaces here in the form of museums, parks, theaters, libraries, street corners–wide opportunities for exposure to a global array of experiences all in one place. The quality of a child’s life could be enriched in ways not available elsewhere, and often for very little money. However, New York certainly is expensive in many ways. Time and energy are often required to access discount, free, and low-cost offerings. Time and energy–resources in and of themselves–are also things in addition to money that many parents do not have at a surplus.

Still, it’s possible that in New York parents could be making a higher salary than elsewhere. New York has long been famous all over the world because it is the central business district in America.  Once you’ve made the decision to live in New York–you still need to decide which neighborhood is right for you. If you don’t want to live in New York anymore, but wish to keep your job there, you might be interested in reading about the 6 Easiest Towns to Commute to NYC.

We have scoured data on the 11 best New York neighborhoods to live in with families and kids, using a three-point criteria: Cost of Living Index, to know if raising families in these cities are indeed sustainable, Crime Rate, because an unsafe city is not one for raising a family and Median Home Prices, to know if you can afford to own a family home. Information for the first two criteria was obtained from Aeravibes.

Harlem made it to this list because of its great cost of living range. Living in NYC would most often mean you have to spend a good deal more on your basic needs, but Harlem makes it more affordable.  A historically black area that has undergone a good deal of gentrification in the past 15 years–Harlem is still vibrant, if far less homogenous than it once was. Public transportation is easy, the A/C, D, 2/3, 4/5/6 subways all run there, as well as a MetroNorth station on 125th street. There are several regarded charter schools in the area and it is a quick commute to others.  As renting becomes increasingly more expensive, this is still a neighborhood in which one can take advantage of the lower home prices and buy. 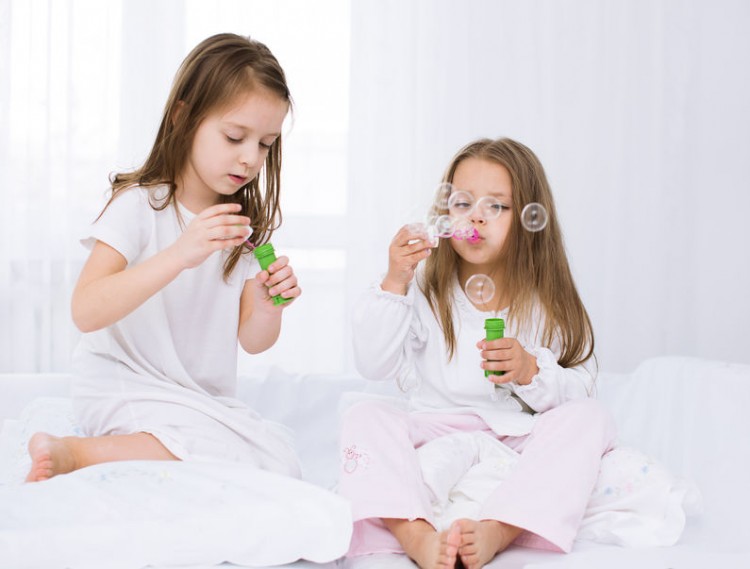 Looking for the best New York neighborhoods to live in with families and kids means looking for places with great schools. Greenwich Village has great schools to match its great homes, with an average test score of 91%. Despite the high cost of living, it is well compensated by great internet speed access, diverse shopping options, and lots of restaurants and cafes. This lively neighborhood is filled with musical and literary history, but certainly one of the most expensive rental markets in all of the 5 boroughs. 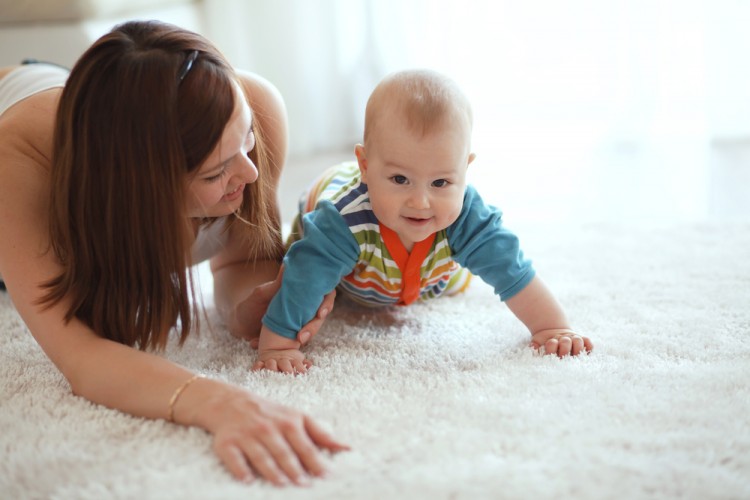 If you know you’ll want to invest in your home, as in sell it when the kids are old enough to move out – investigate a home in Lower East Side. Home resale values are highest here, and there is also high-quality internet access, now a requirement for anyone in school. There are a number of great parks: East River, Tompkins Square, Seward and an Olympic-sized public pool on Houston Street. Family time can be enjoyed over hearty meals – this neighborhood is among the best New York neighborhoods to live in with families and kids because offers a wide variety of eating out options from Ukrainian to Italian to Indian on East 6th Street. You won’t be able to resist. Be aware that this is also a neighborhood filled with trendy nightlife offerings – so you may have to battle a weekend crowd. 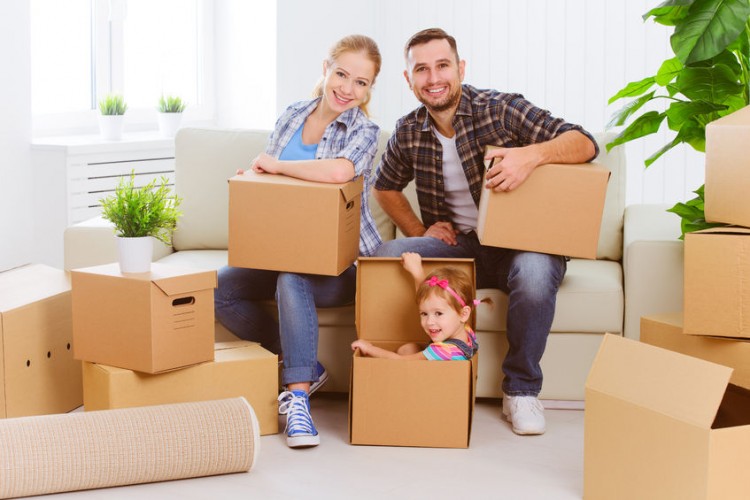 With great schools and a low cost of living, Williamsburg seems to be a great choice for a neighborhood to raise a family. Expect faster commute time, one L train stop or 2 minutes into Manhattan (for now, anyway.) Homes do not cost as much as other homes sold in nearby areas, so you can most likely get a great family home complete with good views at a much lower price than you’d expect. The pace is slightly slower than in Manhattan neighborhoods, and there are many art and art adjacent businesses and endeavors here in which you could take part. Be aware that as far as boroughs go, Williamsburg is one of the more expensive–more parallel to Manhattan than many others. 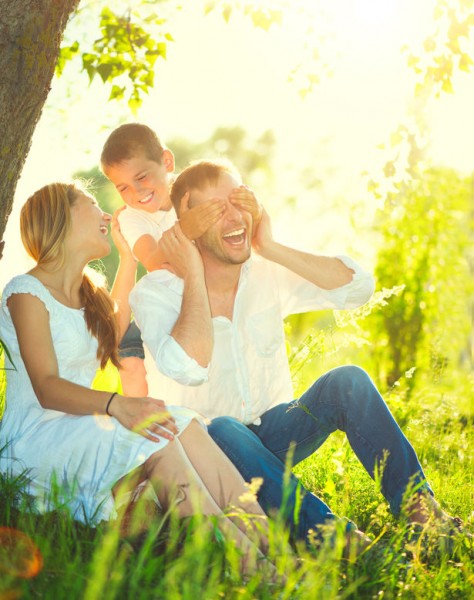 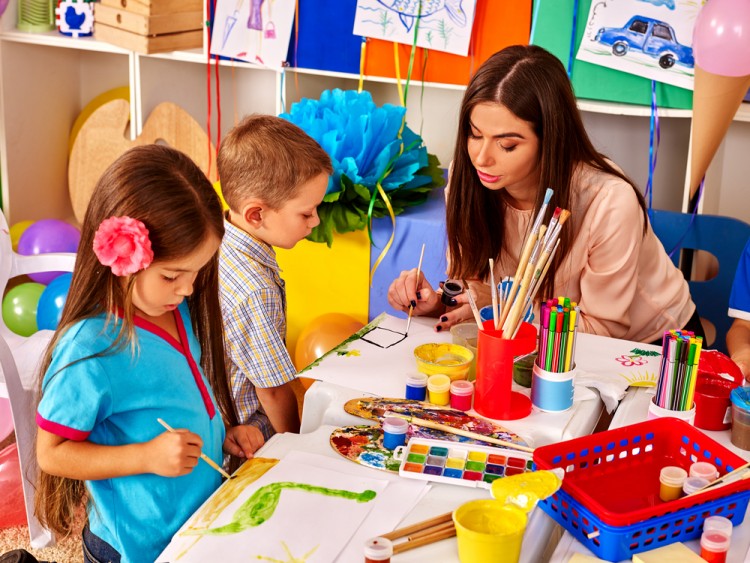 A low crime rate and a low cost of living, Park Slope is clearly a great neighborhood to live in with your family. Homes might be priced more expensive than in the other neighborhoods in the list, but when you see the good crime rate, you know it is well-worth it. Park Slope is also known to be clean and green, and has parks your kids can enjoy as well. 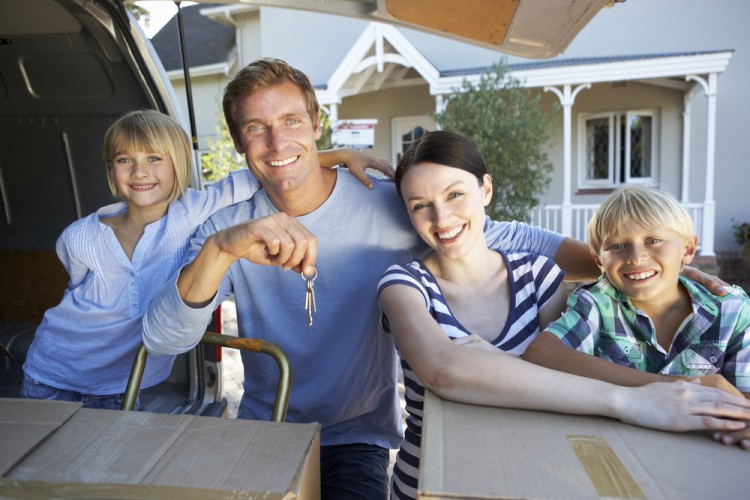 While the cost of living in Gramercy is not ideal for families with kids, their safety and peace sure make it among the best New York neighborhoods to live in with families and kids. The neighborhood is beautiful and very green, often evoking a smaller or even European city. They have parks, tree-lined streets, and the hood is generally quieter than most of Manhattan. Getting around is not hard at all since commute times are faster in Gramercy than its neighbor areas. Many people in this neighborhood are able to walk to work. However, hopefully they work somewhere generous because it is incredibly expensive to live here. 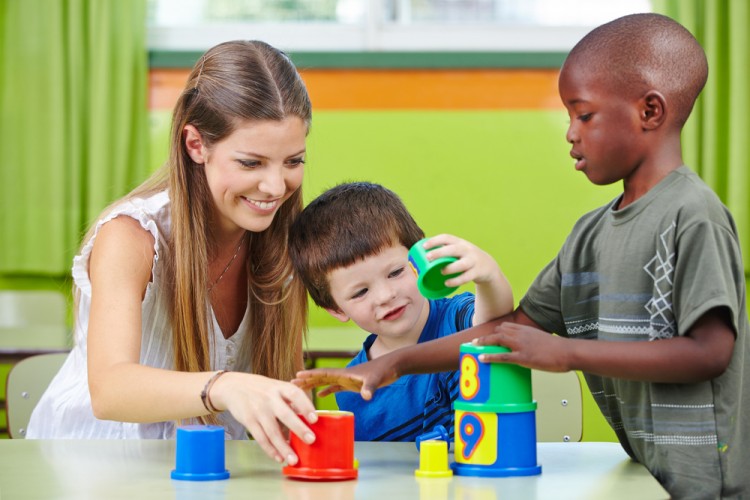 Pest-free, clean and green, with no traffic jams. Battery Park City has all the makings of a great neighborhood. While the cost of living is still quite in the pricier range, it has to be noted that their crime rate is lower, and their median home prices are more affordable, too. There are good schools around this best New York neighborhoods to live in with families and kids, so your child won’t have to travel much to get a decent education. 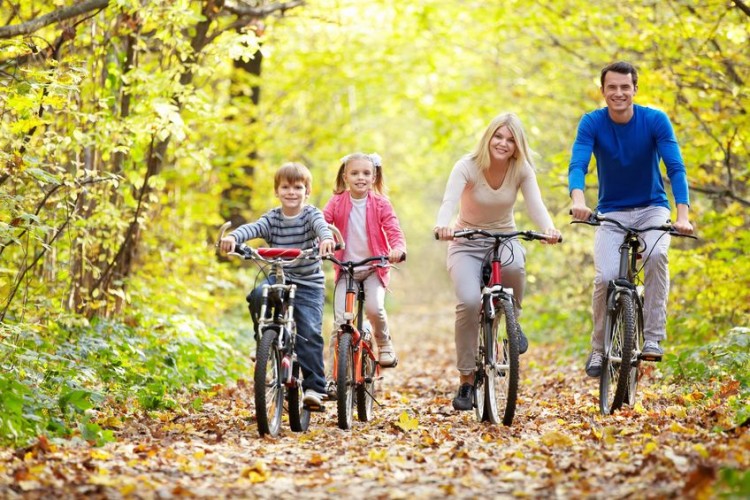 Often the topper for the best Brooklyn neighborhoods, and definitily among the best New York neighborhoods to live in with families and kids on our list, Bay Ridge prides itself with great schools around the area, plus homes that cost less than $1,000,000. It is generally peaceful and quiet in the neighborhood, and also offers plenty of shopping options. Amenities are close to the area, and public transportation is very accessible as well. 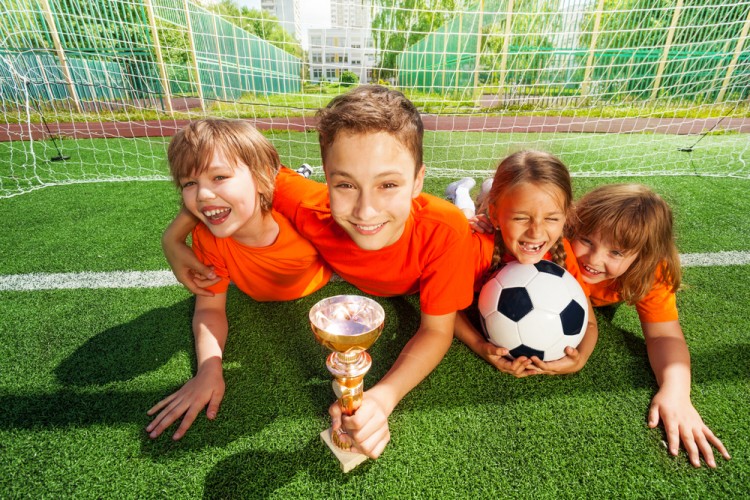 Low cost of living, check. Low home prices, check. It is easy to move in to Country Club, because you know you will be able to afford it. The quality of life is not sacrificed just because their prices seem too affordable. One of its best advantages is having great parking spaces available, (you can own a car in New York!) There are parks and beaches for the children, and schools just around the corner. The downside of this neighborhood is a pretty long commute back into Manhattan, should you need to venture there for work or school. 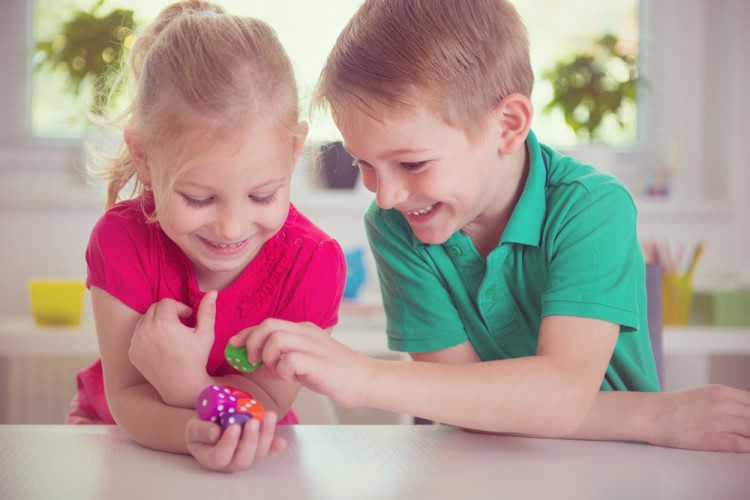 With easy access to public transport and high-speed internet access, Jackson Heights is clearly a winner in the neighborhoods for families. Median home prices at their most affordable, and cost of living range that is worth all the perks the area offers. Medical facilities are at their best, the neighbors are friendly, and there are jobs and schools around the corner. What’s more to look for?

It is one case to scout for a neighborhood when you are just going to move there by yourself. Kids tend to sharpen one’s focus and bring an entirely new set of requirements. Now that you’ve read 11 best New York neighborhood to live in with families and kids you may still not want the city life. 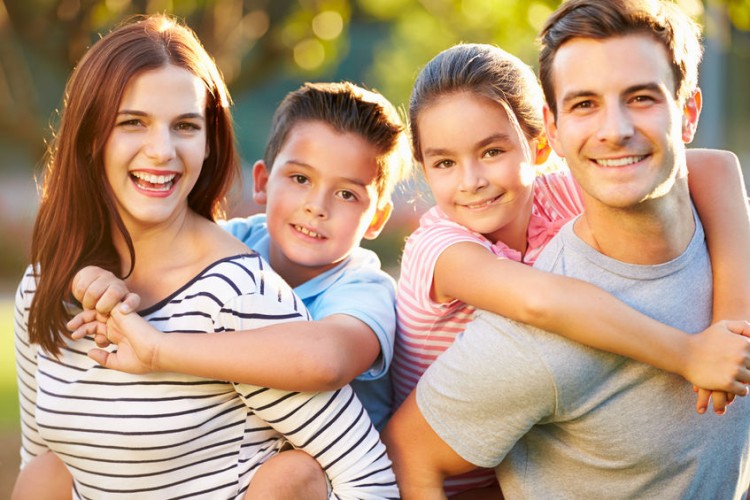 Share Tweet Email
Related Insider Monkey Articles
17 Top Social Media Apps in 20167 Master Sommelier Facts, Salary, Exam Costs, Jobs, and More10 Biggest Problems In The World That Can Be Solved With Inventions
6 Corporations Who Own 90% Of The News Media5 Name Changes That Did Nothing To Help These Companies16 Military Spending Facts That Will Blow Your Mind