If you search for the biggest problems in the world that can be solved with inventions in Google, all you get is a bunch of articles that mention inventions that deal with tiny problems that only people who have nothing else to worry about would even consider serious problems. Obviously there are dozens of simple inventions that made millions by solving trivial problems in most cases, but we are interested in serious problems affecting billions of people in the world and are looking for inventions and companies that could solve these problems. Facebook Inc. (NASDAQ:FB), Alphabet Inc. (NASDAQ:GOOGL), Tesla Motors Inc. (NASDAQ:TSLA), Pfizer Inc (NYSE:PFE), and Monsanto Company (NYSE:MON) are among the leading companies in the world who could play a vital role in solving some of these problems through innovation.

It isn’t easy to rank among the “biggest problems in the world”, because different regions of the world have different problems and priorities. Poor parts of the world will have different problems than the more advanced parts of the world. If we ask 10 people for their rankings, we will probably get 10 different rankings. That’s why we decided to use two very credible sources to create our own composite rankings. The first source is the World Economic Forum, which is a nonprofit foundation that brings together business and political leaders to solve the world’s problems. The second source is a report by the United Nations. These two sources have vastly different rankings, which is why we believe combining both rankings will give us more accurate “consensus” rankings.

There are definitely some differences between these two sources. The United Nations’ report doesn’t mention universal financial access and internet access at all, whereas the WEF believes these are among the biggest problems in the world. On the other hand, the WEF doesn’t count clean water and affordable energy among the top 10 biggest problems, which will likely be shocking to some.

When we consider Maslow’s hierarchy of needs, we see that physiological needs are at the bottom of the pyramid, meaning they are the most important issues for human beings. Above that we see safety and security. Both the United Nations and the WEF placed physiological needs at the top of their rankings, but they didn’t consider safety or crime as one of the biggest problems in the world. This kind of makes sense, because crime is usually a function of poverty, education, and unemployment and it should decline if those other problems are solved. 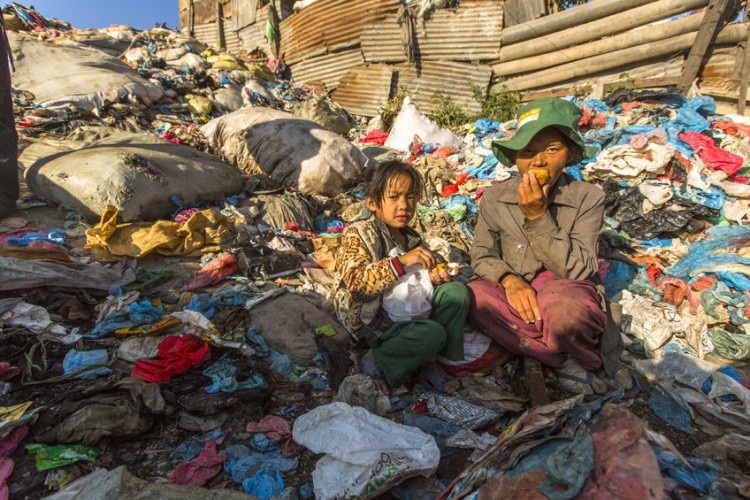 Corruption is a problem in certain parts of the world (especially in Africa, India, etc.) but it isn’t really a widespread problem in developed countries. None of our sources mentioned corruption  among the biggest problems either.

In this article about biggest problems in the world that can be solved with inventions we are going to write about big growth opportunities for companies. If investors are able to identify innovative companies that can help with the solutions to these problems, they can reap big gains over the next few decades. Here are our rankings and the potential inventions that can solve the world’s biggest problems: