If you are a technology fanatic and a computer enthusiast, chances are that you’ve wondered what the fastest supercomputers in the world are capable of; and get ready because it’s almost mind-boggling to comprehend.

For those of you who are not familiar with the concept, a supercomputer is a state-of-the-art computer with an outstanding processing capacity and an extreme speed of calculation. Introduced in the 1960s, these specialized devices have developed their technologies exponentially in the last 50 years. At first, they were used for weather forecasting and aerodynamics research. Later on they were employed for probabilistic analysis, radiation shielding modeling, brute force code breaking and 3D nuclear test simulations. Nowadays, supercomputers are sophisticated enough to be applied to molecular dynamics simulations. 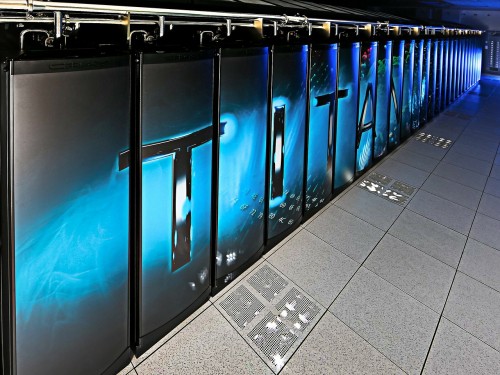 All of this information may sound rather futuristic to some of you only familiar with basic laptops. But the technological field is far more advanced than we ordinary citizens are aware of. Anyway, such ultramodern devices as supercomputers make us think of times to come and how the world will differ from what it is right now. Hence, I invite you to take a look at our list on the 10 Jobs that May Exist in the Future, and take a peek into times which may come to pass.

In compiling our current list, we used the data published by the TOP500 project, a program that started in 1993 with the aim of ranking the fastest supercomputers in the world. The list, which is constantly updated and published twice a year, is compiled by specialists in the matter including Jack Dongarra, Eric Strohmaier, Horst Simon and Hans Meuer. This list is very useful for keeping track of the ever evolving field of high-performance computing and detecting trends in the technological progress of supercomputers.

In the countdown, supercomputers are ranked according to their Rmax value, which is measured in quadrillions of floating operations per second (petaflops). This is the value by which ‘speed’ is measured in the devices. So, while we are waiting for the TOP500 of the second half of 2014, here’s the list with the most recent figures available.

Are you curious about the fastest supercomputers in the world yet? Let’s take a look at this mind-blowing countdown.

The 5 Most Expensive Luxury Motorhomes in the World