Have you ever been fascinated by these lonely, cloud-capped, giant constructions? Have you ever felt how small you are while looking up to them? Yet, they are human-created, architectural and engineering miracles. The history of the skyscrapers go back to the end of the 19th century, when due to the Bessemer process, mass steel producing became possible. Before open hearth furnace, Bessemer process was the first cheap industrial procedure to make steel from molten pig-iron.

So how do we define skyscrapers? Well, it depends! If we speak about the first high-rise buildings from the 1880s, we can say they are between 10 and 20-storey constructions. This idea was then shifted with new innovations in the 20th century, therefore a modern skyscraper should be at least 150 m tall, and should include a minimum 40 floors as we wrote in our former article, in the 20 cities with the most skyscrapers in the world.  Anyhow, the first modern skyscraper was built in Chicago, in 1885. Its name was (the recently demolished)  Home Insurance Building. Let’s check out what incredible differences there are between the first high-rise building and the most modern, by far the tallest skyscraper ever – the Burj Khalifa. While being built, both of them symbolized the beginning of a new architectural age. The Home Insurance Building was the most innovative “super-tall” building in its age, as it was 42 m (138 ft) tall, and it included 10 floors above ground. By contrast, the Burj Khalifa is 829.8 m (2,723 ft), and it possesses 163 floors above ground and 1 floor under ground. It means that the Burj Khalifa is almost 20 times taller than the Home Insurance Building! How far mankind was able to go within only 125 years! The first real high-rise construction and by far the tallest skyscraper of all-time. Who would have thought that humanity would be able to construct almost 1 km tall buildings by the beginning of the 21st century?

Telling you the truth, before I decided to write articles about the skyscrapers, I hadn’t imagined they were so arresting and charming. As for me, the Petronas Twin Towers in Kuala Lumpur, Malaysia are the most beautiful buildings I have ever seen. I’m totally fascinated by that gorgeous dependent corridor between the two towers, and they sparkle in the sunshine as if they had myriads of mirrors on their facades. Interestingly, they can’t be found in this compilation, as on a world scale they are “only” the 16th tallest completed buildings in the world.

Another interesting fact, that the US was the first country where these high-rise buildings were designed and implemented, yet among the biggest construction projects in US we couldn’t find any plans of building skyscrapers. Unlike on the list of the biggest construction projects in the world, where we can see two skyscrapers, the Kingdom Tower or the Jeddah Tower, and of course the Petronas Twin Towers in Kuala Lumpur, Malaysia. Only the largest construction materials companies can compete in building these monumental skyscrapers, such as Cemex S.A.B. de C.V. (NYSE:CX), JELD-WEN Holding, Inc. (NYSE:JELD) and Emcor Group, Inc. (NYSE:EME)

In order to make the list of the 15 tallest completed skyscrapers in the world, we consulted Skyscraper Center, where you can find every little detail about all the skyscrapers across the globe. You can observe that 9 out of the 15 super-tall buildings are located in China again, but at the same time it’s not surprising. Where towns can grow from ground within a few years, and in the “next moment” they become cities with a population of millions – there the only innovative solution is to build vertical cities. This is the reason why there aren’t European high-rise buildings even on the first 100 spots. Nevertheless, it’s good to see that on designing these super-tall buildings, sustainability and environmental footprint are full as important as the competing height.

And now, sit back in your armchair comfortably with a glass of red wine in hand – and let’s have a tour around the 15 tallest completed skyscrapers in the world! 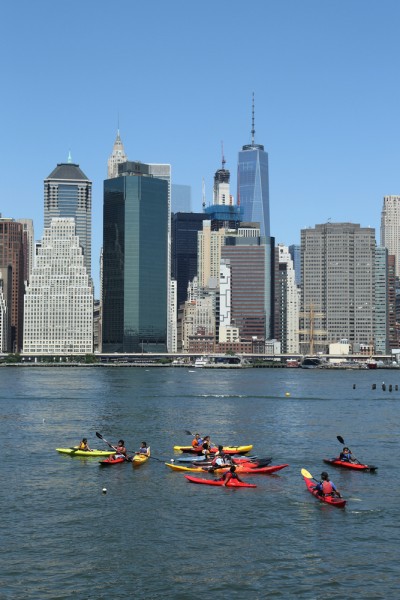