Check out the top 15 hydropower producing states in America, a country which is the fourth largest hydropower producer in the world. In 2015, the United States generated 250,148 GWh of hydroelectric power. At the same time, around 6% of all US electricity was obtained from hydropower, which is currently the most exploited renewable source of energy.

Hydropower, the power which is produced from the energy of moving water, has been used for centuries. In ancient Greece, people relied on falling water’s force to move water mills which ground wheat into flour. Today, hydropower provides 16.6% of global electricity and accounts for 85% of all electricity produced from renewable resources. It is expected that in following years world’s reliance on hydropower will continue to increase. 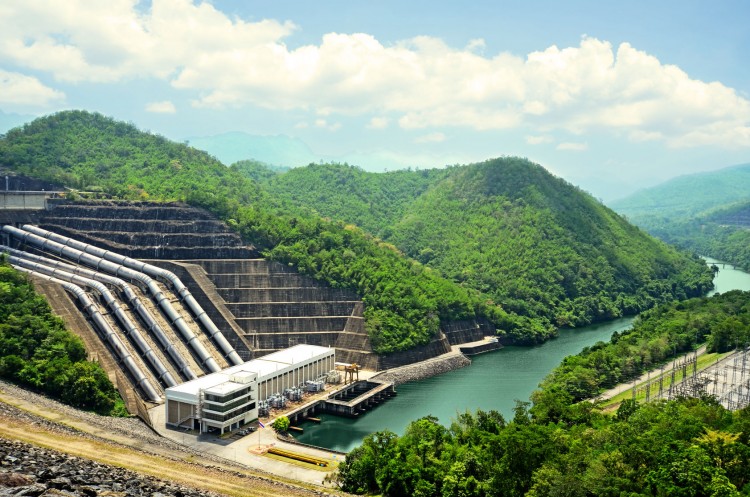 There are two strong reasons which justify production of electricity from running water. First and foremost, hydropower is renewable, which means that there is no danger that one-day resources will run out as it is the case with fossil fuels. Secondly, it is green and its generation is not accompanied by greenhouse gas emission. Both reasons appear compelling especially if we bear in mind that we are using a much greater amount of resources than Earth can produce, while at the same time pollution has reached a critical point which requires immediate action.

However, hydropower has downsides as well, including high costs and environmental impact.  Costs of building a hydropower plant are considerable. According to Energy Information Administration (EIA), an average cost of hydropower generators installed in 2013 in the US was 2,294$/Kw, which is more than double compared to costs of generators that run on natural gas or petroleum liquids. At the same time, International Renewable Energy Agency (IRENA) estimates that costs of large-scale hydropower projects range from 1,000$/Kw to 3,500$/Kw depending on whether project location has adequate infrastructure. For instance, installation of a hydropower plant in a place where a dam already exists can cost only 500$/Kw, while in others it can be more than 3,500$/Kw.

Installing new hydropower capacity sometimes requires flooding of large areas of land which are habitat for diverse wildlife. Hydropower facilities also disturb aquatic ecosystems – they can cause a change in water volume, temperature, oxygen levels, which in turn, affects the life of water organisms. In addition, dams interfere with salmon migration patterns, while turbines might kill fish. Finally, in recent years hydropower plants were blamed for calamities such earthquakes and floods.

At the end of 2015 global hydropower capacity was 1,064 GW, which represented the increase compared to 1,036 GW in 2014. Eight countries – China, Brazil, the United States, Canada, the Russian Federation, India, and Norway – accounted for 63% of all installed capacities. China is a leader in hydropower development – in 2015 the country added more capacity that the rest of the world combined. Other countries which have seen increase in hydropower projects were Brazil, Turkey, India, Vietnam, Malaysia, Canada, Colombia. At the same time, China ranked as a leading hydropower producer with 1,126 TWh. Unlike many other countries in which hydropower output declined due to unfavorable weather conditions, China recently increased hydropower production by 5%. If you would like to find out which other countries in the world are leading hydropower producers, you can read our article 8 Countries that Produce the Most Hydroelectric Power in the World, which is based on data from 2010 to 2012.