Not so long ago, hurricanes Irma and Harvey wiped out the southeastern United States coast, so, in light of these events, we decided to make a list of the top 10 natural disaster prone countries with the worst, most costly disasters in the world.

The frequency of natural disasters like hurricanes, tsunamis, earthquakes, floods, and storms is increasing day by day. Those two hurricanes were the most intense hurricanes in over a decade with Irma being the most intense hurricane to hit the United States since 2005. They caused catastrophic damage to Barbuda, Saint Martin, Virgin Islands, etc. Irma continued its path reaching Florida and moving through South Carolina and Georgia. A while ago we were dealing with the same topic, and as a result, we made a list of most dangerous states for natural disasters. Unfortunately, we weren’t wrong. However, there are places around the globe that we could call “safest places in the world from natural disasters” and we listed them also in our article about best places to live to avoid natural disasters. 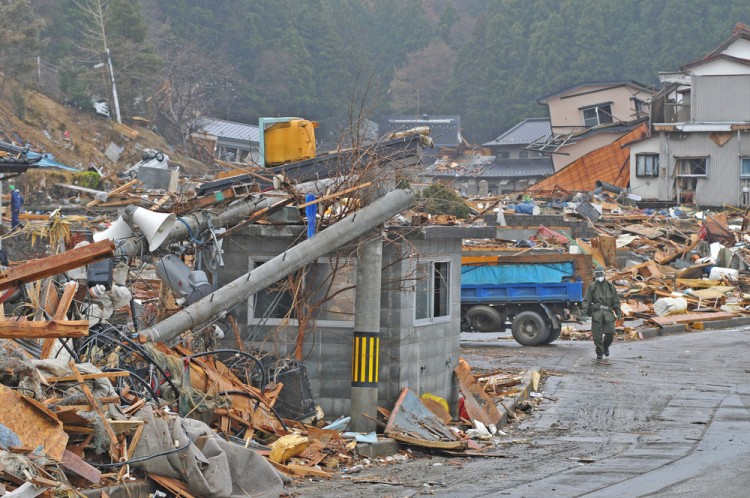 Natural disasters are closely connected with the geographical position which makes certain countries more prone to natural disasters than others. The World Risk Report 2016 shows that global hotspots for devastating disasters are located in Oceania, Southeast Asia, Central America and Southern Sahel. Countries like Bangladesh, Solomon Islands and Papua New Guinea are strongly exposed to natural hazards and due to poor economic situation they are particularly vulnerable. However, some of the countries that are ranked high on the World Risk Report map will not appear on our list since the casualties and costs are not high enough. This is the case with Vanuatu, which is the riskiest place in the world to live in (at least when it comes to countries prone to natural disasters). For example, tropical cyclone Pam, at that time one of the worst disasters to hit the Pacific region, destroyed Vanuatu in 2015. 96% of food crops were destroyed, 75,000 people were in need of shelter, and yet death toll was very low – only 11 deaths were recorded. The reason why the Vanuatu death toll is so low is because people learned to adjust their lifestyle to frequent natural disasters. Although this sounds very harsh, it is the reality of these people.

As for for the rest of the world, the United States occupies a significant part of so-called “Ring of Fire” where most of the world’s earthquakes occur. It is positioned in such a way that it is highly susceptible to hurricanes, what we already mentioned. China and Philippines are vulnerable to seismic activity as well, and very often “in the way” of typhoons. As for the India, it’s always at risk of tropical cyclones and heavy precipitation. It comes as a no surprise that floods are the most common natural disaster to occur in India. Of course, these are just some of the countries most affected by natural disasters and our list will give you a complete answer to the question which countries have the most natural disasters. But, in the meantime, read about countries with most earthquakes, as well, to fully prepare yourself for what is coming.

So, are you ready to see which are the top 10 natural disaster prone countries with the worst, most costly disasters in the world?