Would you like to know which are the best airline stocks to invest in? Like most industries, the airline business has its pros and cons; while investing in this sector can be highly profitable, it is also very risky. While the share prices of several airline companies has grown considerably over the past year, not all firms are as well prepared to face future challenges as others. 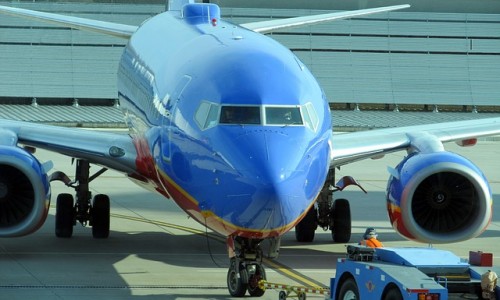 One thing that sets the airline industry apart from others, is the huge expense involved in improving the service carrier’s offerings. Renewing an aircraft fleet for example requires a huge investment, while expanding the amount of available destinations can also prove difficult. In addition, the volatility of fuel prices makes it very hard to plan ahead, as price hikes can have a very deep negative impact on profit margins. Nevertheless, there are some that seem to be doing everything right, as those on our list of the ten best airlines stocks to invest in will demonstrate. These companies have not only planned ahead properly, reducing their exposure to external factors such as fuel prices, but have performed well overall.

In a previous article we listed the top 6 least expensive tourist destinations in 2014, in an attempt to offer those who are short on cash some attractive alternatives for traveling. This list however is directed at those who have some money saved up and wish to put it to good use; for example by investing in the airline industry.

If you are one of these people, then the following list of the ten best airline stocks to invest in, will surely contribute some great options to consider.

The merger between United and Continental Airlines, which resulted in the creation of United Continental Holdings in 2010, has certainly paid off. A solid performance and a great future outlook make this a hot stock.

Being a low-cost airline can be very profitable, since there are plenty of folks who want to travel for the lowest price possible. JetBlue has perfected this business model and is growing steadily, becoming a serious threat to the other major airlines in the US.

Headquartered in Panama City, Copa Holdings owns and operates the Panamanian Copa Airlines, as well as Copa Airlines Colombia. This stock is listed on the New York Stock Exchange, despite the fact that it operates mainly in Latin America.