If you’re in a dilemma whether your warrior cry should be oorah, hooah, or hooyah, we can help you with 5 hardest to easiest military boot camps. We’re basically giving you the answer to what is the toughest US military branch and what branch of the military has the hardest training.

The reason why we chose the USA army in the first place is that it’s the answer to which is the toughest military in the world. We covered the topic in top 21 strongest, most powerful military nations in the world in 2017. That is the reason why we chose the US as the country with the hardest basic training in the world. Obviously, a country which has the most powerful army must be doing something right in its training courses. Finally, we focused on the basic training course as a category for the research.

Of course, all types of military boot camps are tough; there’s no doubt about it. You can see it from the list of basic physical requirements. The minimum you have to run while you’re being timed is 1.5 miles. Marines, on the other hand, will demand 3 miles at the very beginning. In addition to running, it’s essential that you are able to do as many push-ups and sit-ups for one or two minutes. Naturally, those of you thinking of applying for the coast guard will have to show off their best 5-foot platform jump that turns into a 100-meter swim. Sounds like fun, doesn’t it? 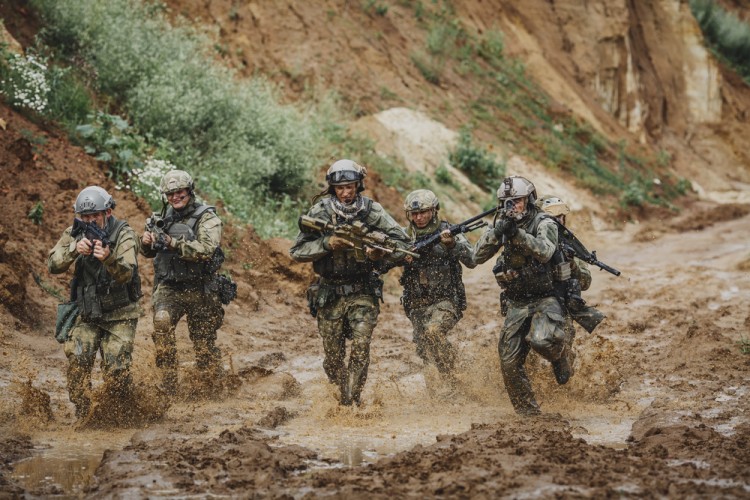 It does, actually. Being a soldier in the US military is a matter of pride. You are defending your country form all the evils out there and fighting for the American way of life. Which army force you’re going to join is completely up to you, and we’re giving you a hand with that choice. If you wish to know which branch of the military has the easiest boot camp, just look down below. Every guy (or girl) in a uniform is looked at with admiration, but if you really want to know what the most elite military unit in the US is, those would have to be U.S. Navy SEALs and Military Special Operators. Ever since Osama bin Laden, their popularity has taken off immensely (according to the Business Insider).

Now let’s talk methodology. To make a list of the hardest to easiest military boot camps, first checked the basic requirements and boot camp lengths at Today’s Military. The longest torture period belongs to Marine Corps – you’ll have to endure 12 weeks of their program. However, that doesn’t necessarily mean it’s the toughest one in the army. The criteria we went for was the percentage of injuries and incidents experienced by recruits during training. Either the clumsiest people have a natural tendency to join a particular army force, or that US army force has the hardest military basic training. We’re going for the second option. The information on incident cases and incident rates of tibia/fibula stress fractures in recruits by training location was collected from military reports by the Time. In case you’re wondering, the tibia is a shinbone and fibula is the smaller one behind it.

If you wish to see similar hardest boot camps in the world (we’re talking advanced camps here), Crave has a few suggestions. You’re already guessing one of them because you’ve seen the photo of a soldier in pain, lying on rocks everywhere – that would be the famous Taiwanese Marine Corps. There are also Storm Corps from North Korea, and Belarus special forces, too. In case you are wondering which is the toughest military training academy in the world, check out 10 Toughest Military Training Academies in the World.

Now let’s see which 5 hardest to easiest military boot camps appeals to you the most.

The basic requirements for joining the Marine Corps doesn’t seem hard enough be the strictest. You should complete a timed 3-mile run; then there’s a pull-up count and 2 minutes of abdominal crunches. However, something serious must be going on since around 20% of the trainees have experienced some kind of fracture. For all the girls out there, you should be checking just Marine Corps Recruit Depot on Parris Island. 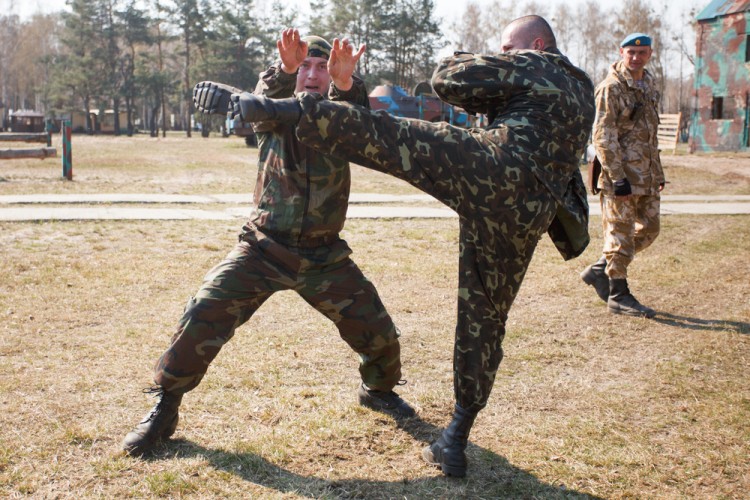 Share Tweet Email
Page 1 of 5
Next >>
Related Insider Monkey Articles
11 Easiest Law Schools to Get Into in US25 Easiest Liberal Arts Colleges to Get Into5 Easiest Liquors to Make at Home with Fruit, Yeast and Sugar
8 Safest, Most-Trusted Ethereum Wallets of 20177 Best Liquors and Drinks to Drink Straight for a NewbieSurrealism 101 and Visionary Art with Angela Latchkey