Let’s get the obvious out of the way first: it’s very difficult to nail down a definite list of the toughest military training academies in the world.  We could spend days attempting to pick apart what aspects of a given military’s training regimen makes it ‘tougher’ than the next and make little if any progress.  Inextricably linked in a subjective debate such as this are equally subjective criterion such as mental toughness, physical toughness, and a litany of others that are brain-scratchingly difficult to quantify.

In theory, if you graduated from the Full Metal Jacket school of thought, you could argue that cruelty is a defining factor in any debate about the Best, Most Elite, Hardest Training Special Forces in the World, but that too is quite difficult to measure.  How does one assign a value to sadism; and even if such a methodology existed, how likely is it that the cruelest, jaw-dropping facets of a military’s training procedures actually surfaced to the level of public awareness?  There are things that my older brothers subjected me to as a kid that I’m not even comfortable talking about privately–there’s no way I’d willingly volunteer information about traumatizing things that I was exposed to while in the throes of some military’s training academy. 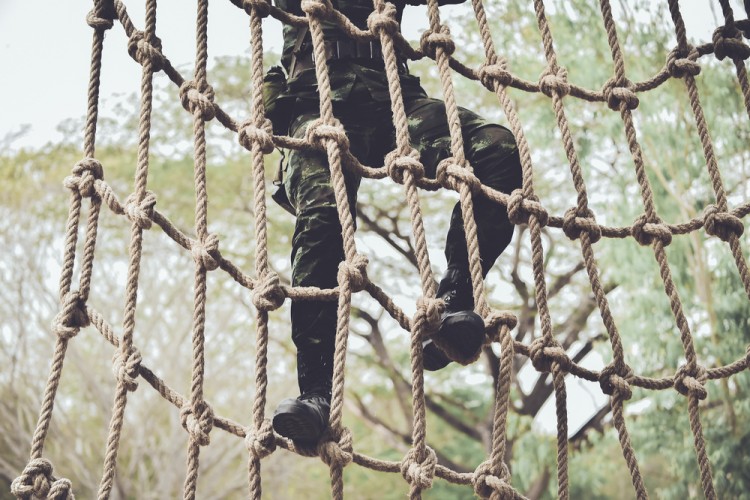 Even if cruelty were the primary metric applied to the ranking of military academies, it wouldn’t necessarily be the most praiseworthy of traits in evaluating an academy.  Take a moment and try to brainstorm the most rigorous training process for anything–athletes, armed forces, chefs, etc.–you can imagine.  If I make it through the travails of training but come out on the other end as a mentally unstable basket case who can’t be relied upon to carry out the procedures that I’ve been taught once I get into the field, how worthwhile was the training in the first place?  The Agoge training regimen exacted upon all Spartan males in ancient Greece, for example, had a number of elements that could have been perceived as “tough,” or “cruel,” but each of these served a functional purpose, which the Spartan soldiers were ultimately able to use during battle.

Disclaimers aside, we found that a more useful approach to ranking military academies the world over would be to aggregate a series of factors that are likely indicative of an academy’s prowess.  If we were ranking non-military academies for example, those that are talked about the most tend to also be the ones with some of the most exacting standards.  People mention Harvard, Oxford, Princeton, etc. because the demands placed on attendees at those universities are substantially greater than those placed on students at “lesser” schools.  For that reason, prestige in military academies factors in heavily when considering which are the toughest.

Of equal importance in considering military academies in this discussion–unfair though it may be–is overall military might.  The argument here is that a military with greater resources has the ability to construct a training regimen for cadets that’s more difficult in ways that actually matter than can a less-well-equipped military.

Using these criteria, we’ve compiled a list that, given the aforementioned constraints, ranks the 10 toughest military training academies in the world.