The insurance industry is one of the biggest industries in the world, and is absolutely integral to the economy and quality of life in addition to standards of living in most countries. However, even the biggest of industries have their challenges and the insurance industry over the past couple of years has seen its fair share of challenges too, namely lower interest rates in addition to barriers to its growth. As interest rates have gotten lower over the past year, this has led to a major issue for insurers, who are now looking for different financial assets to invest in, which can also be much riskier than the traditional ones. I know what you might be thinking, and this was my initial thought as well, that surely through charging high premiums and a low rate of paying out, insurers are automatically quite profit, so why does some additional income from investments make that much of a difference? However, for insurers, the vast majority of their profit is actually not through premiums but through the income they generate from their investments. In fact from 2014 – 2018, 90% of their profit was derived from investment income, just showcasing the dependency on this specific income.

Another issue that insurance companies across the world are facing is a drop in life and non-life segments in most mature markets, as the number of policies sold has started to fall, and fewer people are purchasing life insurance policies. An apt metric would be the US in this case, where life insurance policies sold fell by nearly a million between 2008 and 2018, falling from 28.6 million to 27.7 million. One of the most important statistics for insurance companies pertain to the demographics of the market and especially considering the age of the people in these countries. In developed and mature countries, birth rates have been falling for a while now, while breakthroughs in medicine have improved not just the quality of life, but the lifespan itself as well, which means these countries have large ageing populations. On the other hand, most developing countries have a high birth rate and a burgeoning middle class, which is exactly what insurance companies desire. Due to the aforementioned issues that insurance companies are facing, in order to maximize revenues, they’ve had to resort to cost cutting and cost optimization.

In developing countries, there are many reasons why it is an ideal market for insurance companies, as there is a higher demand for insurance policies in places where people want to save for the future, while due to a lack of funds, government provided healthcare and social programs tend to be weak, resulting in people accessing private insurance. Furthermore, to be able to safely navigate, many small and medium sized entities also take out insurance policies, as do large companies to protect themselves among the unforeseen.

Of course, all the above risks and opportunities were before the worst pandemic in a century hit the world, resulting in over 65 million cases and at least 1.5 million deaths, though these figures change drastically from day to day. To combat the pandemic, countries were forced to go into lockdowns and prevent any businesses from operating which were non-essential, while all the uncertainty triggered several historic stock market crashes and perhaps the worst recession in human history. In fact, all developed countries in the world are currently in a recession or a depression, and unemployment has risen to record highs across the world as many businesses have had to let go of staff while many others have even had to file for bankruptcy during the pandemic. There is hope that the long road to recovery will begin in 2021, mainly due to the fact that several viable vaccines have been developed and their mass manufacture and implementation should be available by early 2021, which will hopefully close one of the darkest chapters in human history.

Like basically every other industry in the world, the insurance industry was not spared the wrath of Covid-19’s impact on the economy, especially as most executives in the industry agreed that they were quite ill-prepared to handle any such incident. They were hit especially hard in the first half of 2020, as North American property casualty insurers had to face a stark reality of first-half annualized GAAP operating return-on-average equity decrease to just 2.8% from 8.3% in the previous year. This was mainly due to losses of nearly $7 billion incurred due to the impact of Covid-19. As at September 30, 2020, the year-to-date return of S&P’s Insurance Industry Index was far behind the S&P 500 Index, by 24.6%. Since Covid-19 has devastated business activity and employment, global nonlife premiums are expected to remain flat against 2020, even though there is still some optimism that the market will be able to recover and show a 3% growth next year. If this does happen, the credit will be mainly due to the emerging or developing economies.

In the US, insurance companies have more importance than most, especially in healthcare as it is one of the only developed countries in the world to not offer universal healthcare. Rather, people have to be insured themselves or else, in case of even a routine trip to the hospital, the bill might leave them with more worries than before. The country’s hospitals are known for overcharging patients for even the most basic services, keeping an exorbitant margin, though this is mainly to help them haggle with insurance companies who try to reduce the costs that the hospital charges. For a common man with no insurance, that can actually be a death sentence, as few can afford to pay hundreds of thousands of dollars for a small surgery. If you have a family and are looking to move to a state where health insurance premiums are manageable, you might want to avoid the 10 states with the most expensive health insurance premiums and instead focus on the 10 states with the cheapest health insurance.

Many different publications use different methods for ascertaining the largest insurance companies in the world. Some of these use market cap as a metric, other can use total assets while the rest may even consider total revenue. For the sake of accuracy in our rankings, we decided to use all three metrics in addition to operating income to come up with our list, using Forbes and Fortune as our main sources. These companies have earned over $1.5 trillion in revenue in just 2019, while their total assets are worth more than $13 trillion, and operating income tops $150 billion. So let’s take a look at the giants of a trillion dollar industry, starting with number 15:

Total market cap of the company (in billions of dollars): 35

Total revenue of the company in 2019(in billions of dollars): 50

Total assets of the company (in billions of dollars): 525

Total operating income of the company in 2019 (in billions of dollars): 3.3

We kick off our list with a company with around 50,000 employees and which made headlines in the 2008 financial crisis for requiring a bailout of $180 billion, with the Federal Reserve taking control. The company paid back $205 billion to the government in 2012. 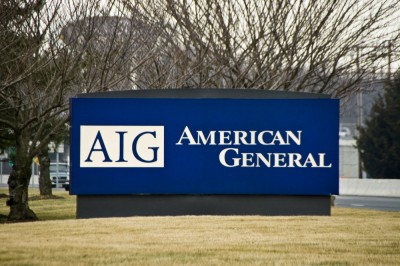 Is Lifevantage (LFVN) A Good Stock To Buy Now?
Monthly Newsletter Strategy
Download a free copy of our newsletter and see the details inside!
Hedge Fund Resource Center
Lists