Members of these 11 best, most elite hardest training special forces in the world are known for their skill and courage. Their training and operations are often hidden in myths and legends. This is due in part to their obvious need for secrecy and protection of themselves and their families, but also the mysteries that surround them also serve to strike fear into the hearts of their enemies. It isn’t unheard of for enemy combatants to abandon their positions and scatter at the mere mention that some of these elite special forces are spotted in the neighborhood.

The need for small groups of highly trained and determined individuals in times of war has been present in armed forces throughout history. Ancient armies often employed scouts to determine an enemy’s moves and location. These may be called the forbearers of all special forces in the world. Austro-Hungarian Jagdkommandos and German Strurmtruppen (Stormtroopers) from World War I could also be considered special forces. But it was the British who established the foundations for modern special forces we see today in almost every country. 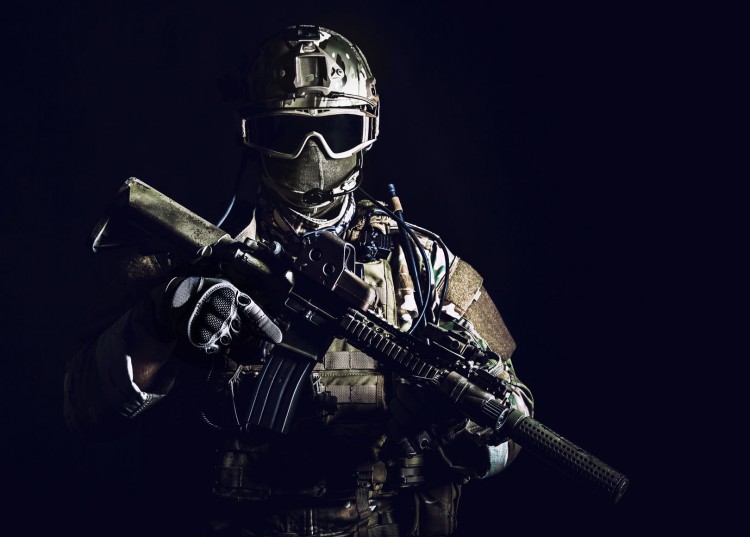 The name of the original special forces outfit, Commando, is today used almost as a synonym for special forces. In 1940, British Prime Minister Winston Churchill was faced with a problem of striking at German forces in occupied Europe without using massive invasion forces. After the fall of France, the British Army was faced with a lack of both manpower and equipment needed for such operations. What they had in abundance was the resolve and a will to fight. Churchill took advantage of that and ordered a formation of small, elite unit able to “develop a reign of terror down the enemy coast”. The result was ten independent companies, each consisting of 21 officers and 260 men. After several raids on German-held France with mixed results, the British realized that they needed a larger force to be effective. Thus, the original 12 Commando units were formed. This battalion-sized outfits, with 500 men each, fought all over the world during WW2. Their legacy today is kept by the 3 Commando Brigade.

The success of the Commando units was quickly noted by other participants in WWII on both sides of the fence. David Sterling went to North Africa and formed both SAS and the SBS (Special Air Service and Special Boat Service), with an intention of landing them behind Rommel’s lines and destroying Luftwaffe airplanes on the ground. He needed boats for the landing part of his plan, hence the Special Boat Service was born.

US armed forces followed suit and founded Marine Raiders, a special force designed to storm and secure Pacific beaches prior to the arrival of the main landing force. Germans had Otto Skorzeny and his paratroopers, while Italian frogmen of the Decima Flottiglia MAS caused severe headaches to the British Mediterranean command by sneaking inside their ports and mining ships. Battleships Queen Victoria and Valiant were among their victims.

Today, almost every country in the world has some forms of elite units that fit the description of special forces. These special outfits can be very expensive, though and they are often included in Military Spending Facts that Will Blow Your Mind. Deciding which are 10 best, most elite hardest training special forces in the world is a very difficult assignment since these units are a great source of pride in their respective countries. So, we let the internet decide instead. We surveyed three previous lists we found and combine them to get the ultimate ranking of world’s best special forces. We used Business Insider, ABCNewspoint, and India Times as our sources. Here are the results:

Share Tweet Email
Page 1 of 11
Next >>
Related Insider Monkey Articles
7 Facts About Gay Conversion Camps and Homosexuality CuresHow To Tell If Someone Is Cheating On You On Facebook10 Easiest Cities to Move to in America
11 Oldest Pizza Places in New York City16 Most Brutal Ways People Were Sentenced To DeathMyGirlFund: Helping College Girls Pay Tuition Bills or Glorified Webcam Site...

How To Tell If Someone Is Cheating On You On Facebook

10 Easiest Cities to Move to in America

6 Easiest Ways To Focus and Improve Your Concentration