What are the 10 most hated companies in America right now? In the last couple of months there have been many incidents of various magnitudes that affected the reputation of several big companies. Reputation is a very important thing for companies that interact with customers on their daily basis and tarnishing it might have big repercussions in form of lower sales, plummeting stock prices, or even in more extreme scenarios – a bankruptcy.

For years companies are investing millions in building their brands, their reputations and sometimes even a small blunder can set back the progress in a very short time. And it doesn’t even have to be something affecting the broader public like a price hike or data security issues. The public outrage can even be sparked by internal incidents that get reported in the media, such as sexual harassment allegations, unethical business practices, or a toxic work environment.

Corporate public relations departments spend their days making sure that a company is viewed as positively as possible and are ready to scramble and take under control any situation that might arise. Managing a company’s reputation has become increasingly more complex in the era of social media and Internet, since the spread of information is instant and reaches millions of people immediately, which makes containing a crisis impossible. So, how businesses react to a backlash and what actions they take to prevent it is more important than ever.

However, how important is customer satisfaction? Well, it turns out that in many cases it doesn’t really matter. In a study by Timothy Keiningham, Sunil Gupta, Lerzan Aksoy and Alexander Buoye titled “Understanding Your Customers: Customer Behavior”, it is shown that the relationship between satisfaction and spending among customers is very weak and often the return on investments in increasing customer satisfaction is very small or even negative. That seems counterintuitive, but when a company gets higher revenue from increased customer satisfaction it loses money on the investments it made to get that level of satisfaction, therefore the profit is small, or can even be negative. The authors of the study also suggest that it’s more important how customers rank a brand in relation to competitors.

Let’s get a couple of examples. It’s not a secret that big corporations are often driving smaller companies out of business. Amazon.com, Inc. (NASDAQ:AMZN) is particularly known for being ruthless. You might be outraged reading in a local newspaper how another small shop closed its doors because of Amazon. Then you go on Amazon and see that new TV with a 30% off and your outrage vanishes. Or look at Facebook, a company that actually ranks at the top of our list of most hated companies in America right now. The recent Cambridge Analytica scandal created a huge backlash and thousands of people went on Facebook to say how bad Facebook is. The irony is obvious.

Having said that, this brings us to another question. How does reputation affect a company’s stock price and do negative developments affect it? The same study, we mentioned earlier found that customer satisfaction have very little effect on the stock price, because the stock price is correlated with a company’s fundamentals and we have already mentioned that the revenue is almost unaffected by the customer satisfaction. Following the Deepwater Horizon Spill in 2010, BP plc (NYSE:BP)’s stock tanked, but in the following couple of months it recovered a big part of the decline. While the public was outraged and BP often ranks among the companies Americans hate the most, investors took their time and assessed the situation to understand how liquidating the consequences of the spill would affect the company’s profits. Or take Monsanto Company (NYSE:MON), a company that Americans love to hate (sometimes reasonably). In March, the World Health Organization said that glyphosate, the most widely used herbicide in the world, is probably carcinogenic. The stock inched down by 2% on the back of the news, but in a month it was back in the green territory.

In some cases, investing in companies that the public is known to hate can generate very strong returns. In a letter to investors dated February 2015, William Smead of Smead Capital Management pointed out that investors often pay a premium for popular companies, but “out of favor” stocks are discounted. These anomalies allow contrarian investors to generate alpha. As examples, Smead mentioned Comcast and eBay Inc (NASDAQ:EBAY), both of which were disliked by analysts and the public. Since February 2015, Comcast’s stock is up by 23%, while eBay Inc (NASDAQ:EBAY)’s shares surged by 87%. Smead added that to generate strong returns, one should consider investing in a company with a sticky customer base and an ongoing public dislike for a business.

With this in mind, we have compiled a list of 10 most hated companies in America right now. We took several criteria into account. For companies that interact with customers, we included their score on the American Consumer Satisfaction Index. We also made an editorial judgement regarding some of the most recent controversies surrounding these companies. We also took into account Google search trends by using the number of search results to the query that included the keyword “hate” and the company name. It may not be entirely accurate since Google search results include mentions over long periods of time, but it can give us an idea about a company’s reputation online.

Clothing companies always had a “loyal” group of haters accusing them of unethical business practices by using factories and labor force in third-world countries (often including children). And for years, these companies have been working hard and making promises to address this issue and to make their supply chains “more clean”. However, in January H&M faced backlash over an add that featured a black child wearing a hoodie with the words “coolest monkey in the jungle”. The company was accused of racism and quickly removed the hoodie from its collection. The outrage over the incident was pretty big online. Currently, searching for “hate H&M” shows 7.36 million results. However, it would be fair to point out that it’s more like a blunder rather than racism and H&M has much bigger issues that investors should be concerned about, like the $4.3 billion worth of unsold clothing that H&M mentioned in its latest quarterly report. 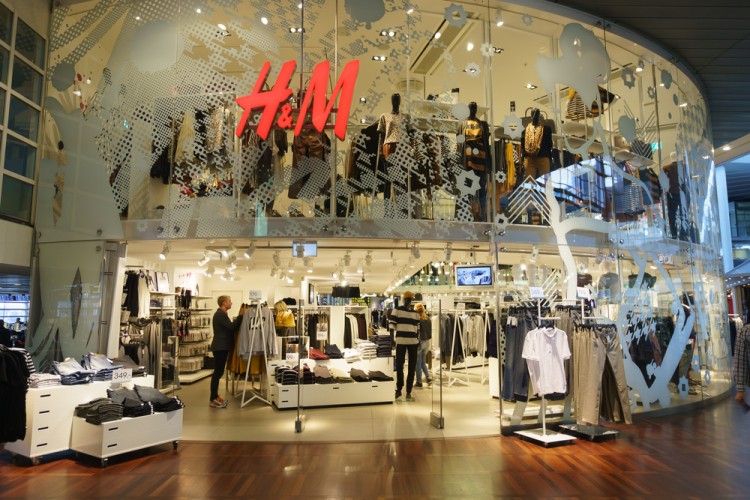