While the majority of the population lives in oblivion with regards to the issue of human trafficking, residents of the top 15 cities with highest human trafficking in the world most certainly do not. 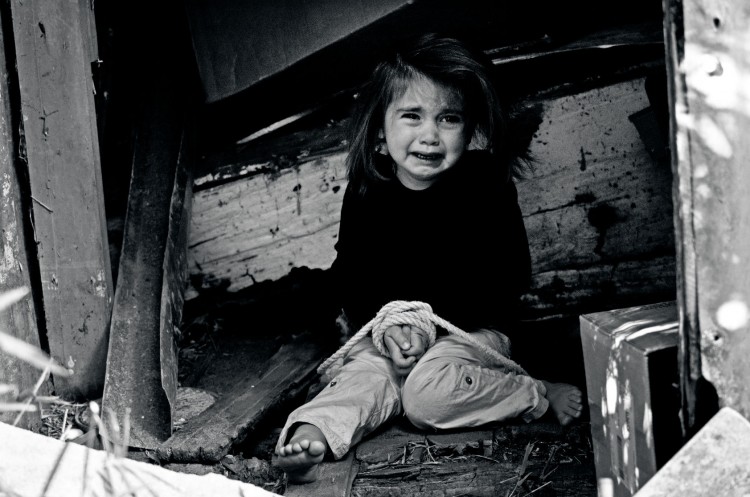 As stated on the UN official website, “every country in the world is affected by human trafficking, whether as a country of origin, transit, or destination for victims.” Human trafficking in its definition implies the act that includes multiple steps, “recruitment, transportation, harboring or receipt of persons,” taking place in more than one location. For this reason, that is, the very nature of human trafficking, it is impossible to rank the cities with highest human trafficking in the world. If we take the nature of human trafficking into account and the means countries use to tackle the issue, it is very likely that one (or more) of the steps in human trafficking process will occur in capital cities. To this, we should add the hectic life that characterizes larger cities, which makes it easier for illegal activities to go under the radar. This might make bigger cities more appealing for those who commit trafficking, organize it and direct it. Moreover, if not the final destination, capital cities are often transit points.

Therefore, what we consider to be the cities with the highest human trafficking are the capitals of the countries which are on tier 2 watch list. The US Department of State releases a global report on trafficking in persons every year. Countries on Tier 2 Watch List have “the absolute number of victims of severe forms of trafficking” which is “very significant or is significantly increasing.” Furthermore, these countries fail “to provide evidence of increasing efforts to combat severe forms of trafficking in persons.”

DAWN reports that two “Pakistan International Airlines (PIA) officials have been arrested and formally charged… for their involvement in the illegal trafficking” on the airport in Islamabad in May 2017. As noted in the article, “Pakistan is a key route for global human trafficking networks.” The biggest human trafficking problem they deal with is bonded labor, where “an initial debt assumed by a worker as part of the terms of employment is exploited, ultimately entrapping other family members.” Bonded labor is mostly concentrated in brick-making and agriculture. 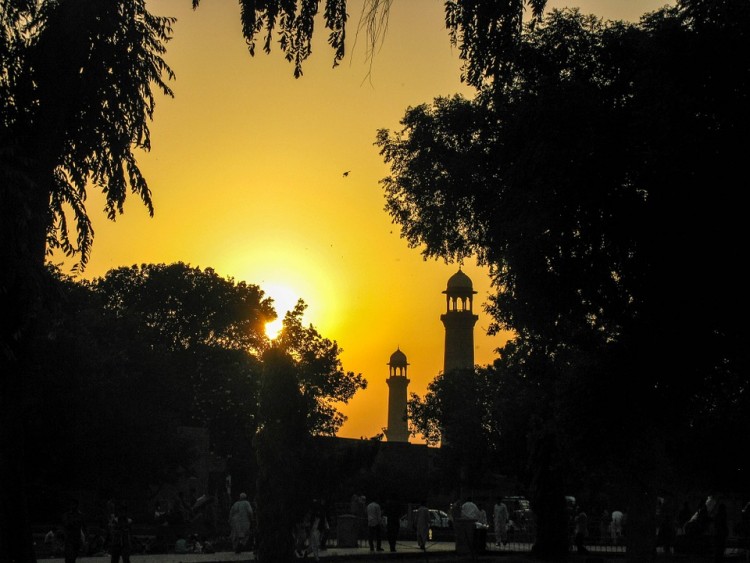 When referring to the issue of human trafficking in Doha, that is up next on our list of top 15 cities with highest human trafficking in the world, we are talking mostly about forced labor and prostitution, albeit to a much lesser extent. There are a lot of migrant workers, who are being exploited due to their illegal status in the country. There are some reports of alleged deaths of migrant workers who died primarily because of poor working conditions. 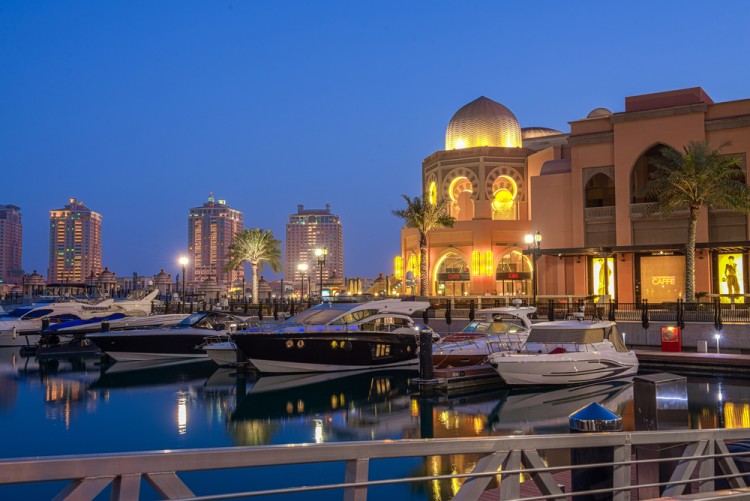 Victims of human trafficking in Ukraine are subjected mostly to forced labor and sexual exploitation. As the report by the US Department of State indicates, “Ukrainian women and children are subjected to sex trafficking within the country.” Forced begging is not uncommon. The report further emphasizes that children who live in orphanages (approximately 82,000-200,000 of them) are especially vulnerable to becoming victims of human trafficking. 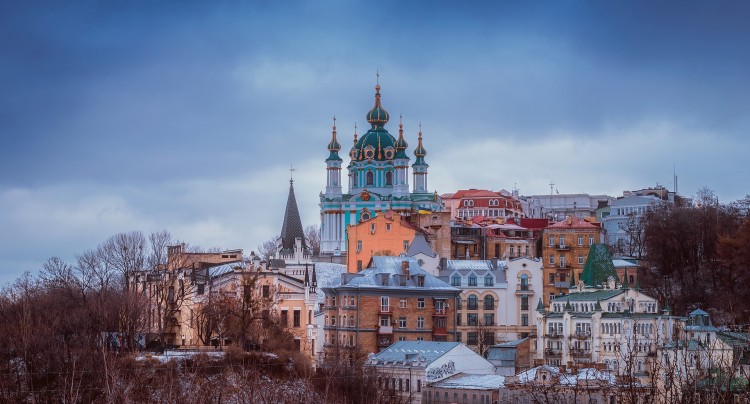 Sex trafficking and forced labor are two forms of human trafficking predominant in Mbabane and Manzini. Young girls and orphans are particularly vulnerable to becoming subjected to sex trade and domestic servitude, as indicated in the report. Exploitation of children, both Swazi and foreign, assumes the form of forced labor in agriculture, cattle herding and market vending. Furthermore, as stated, “Swazi chiefs coerce children and adults – through threats and intimidation – to work for the king.”

Human trafficking of children and both, male and female adults in Seychelles is a serious issue. While it is a source country for children who are subjected to sex trafficking, it is a destination country for foreigners who are subjected to forced labor. Much like in some of the countries above, young girls and boys are subjects of sex trade, particularly on the island of Mahe. The report of Special Rapporteur on Trafficking notes there was a case of nine Pakistani fishermen who were abandoned for nine months in a port in Victoria. 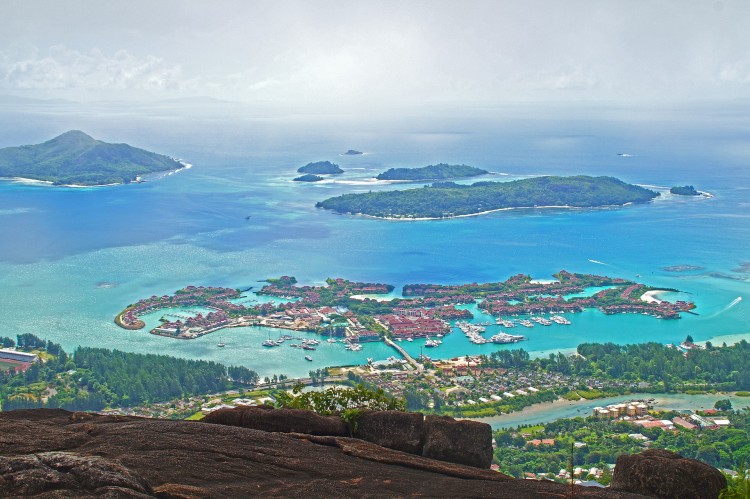 As stated in the report, “Bulgaria remains one of the primary source countries of human trafficking in the EU.” Bulgarian children and women are subjected to sex trafficking within the country, as well as in Europe. When it comes to forced labor, however, Bulgarian men, women, and children are subjected to forced labor outside the country, mostly in other European countries. Girls from Romania are sexually exploited in Bulgaria. Vice brings you the interview of Jemal Borovinov who was kidnapped by a Bulgarian human trafficking ring. 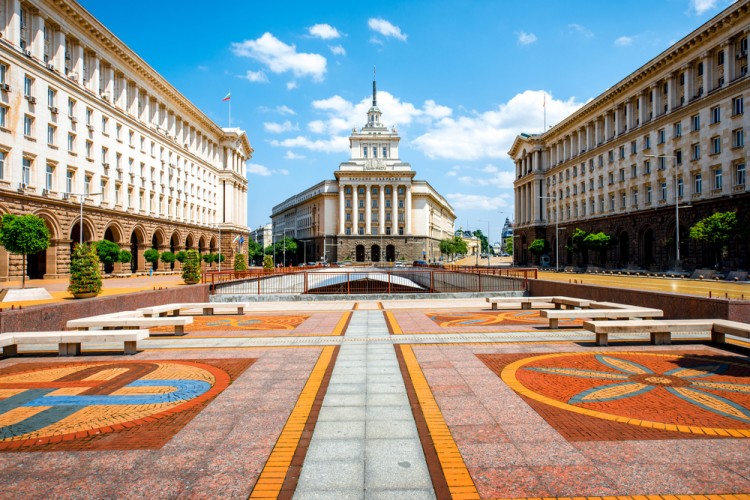 Malaysia is mostly destination and not so much source and transit country. As the report states, there are two million documented and even greater number of undocumented migrant laborers in Malaysia. Some are subjected to forced labor, others to debt bondage. Given the high level of corruption among immigration and police officers, the issue cannot be tackled properly. The news story speaks of the horror of the human trafficking victims. “The moment they landed in Kuala Lumpur… their passports and visas were snatched by a member of the placement agency. They were then taken to the jungles.” 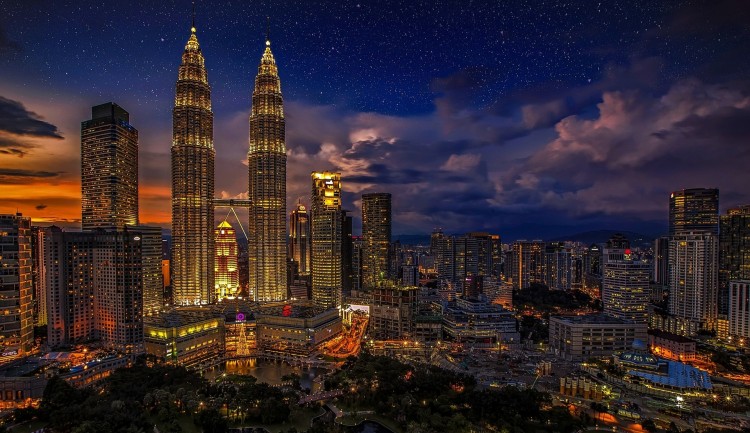 Oman is a destination and transit country for many migrants from South Asia and the Middle East who are being lured by better economic opportunities than those in their countries of origin which is one of the reasons why Muscat, Oman is one of the top 15 cities with highest human trafficking in the world. Once in Oman, they work in domestic services, construction sites, and agricultural services. More often than not, they are exploited. If interested, you should read the report published by Human Rights Watch site about abuses and exploitation of domestic workers in Oman. 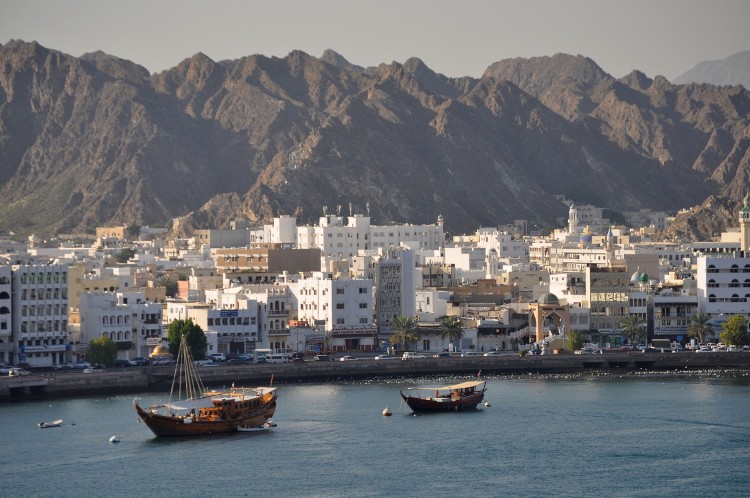 Human trafficking mostly takes place within the country. Most of the identified victims are children and to somewhat lesser extent women. Girls and women are often subjected to forced labor in domestic services and exploited in sex trafficking. In his book The World of Child Labor: An Historical and Regional Survey, H. Hindman finds that the majority of children involved in cocoa work, among others, are Baoule children from Yamoussoukro area that ranks 6th on the list of top 15 cities with highest human trafficking in the world.

We are continuing our list of top 15 cities with highest human trafficking in the world with Tunisia that is considered to be “a source, destination, and possible transit country for men, women, and children subjected to forced labor and sex trafficking.” The report refers to the study published in 2013, which found that Tunisian girls, coming mostly from the northwest, work as domestic servants in Tunis where they experience “restrictions on movement, physical and psychological violence, and sexual abuse.” Furthermore, CSOs recognize that there is an increase in women coming from West Africa who experience domestic servitude in Tunis, Sfax, Sousse, and Gabes. 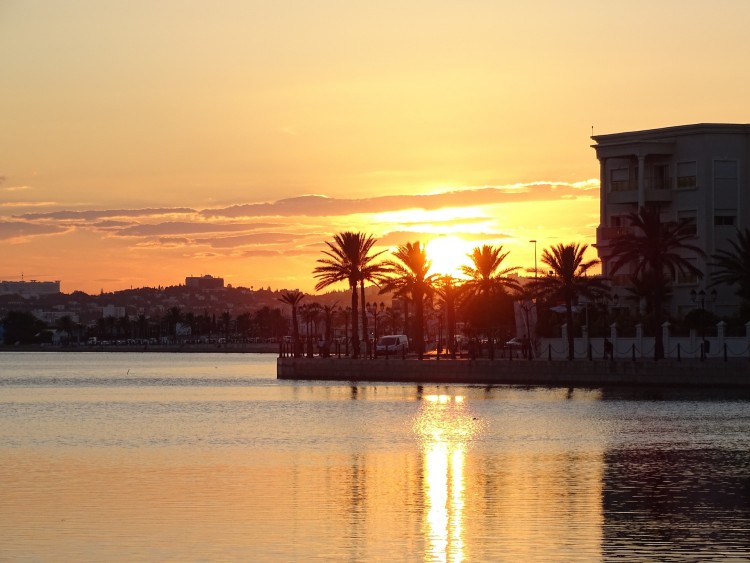 Given the ongoing conflict, more than 1.8 million of people have been internally displaced making them vulnerable to abduction, exploitation, and sexual violence. In 2015, armed groups forcibly recruited men, women, and children as cooks, cleaners, guards, porters, messengers, tax collectors, spies. There are cases of forced marriages between young girls and members of armed groups, as well as cases of sex slavery. 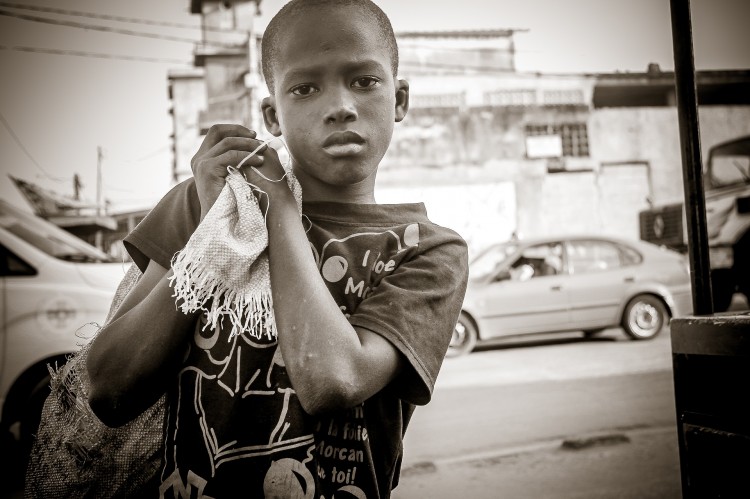 As Afghanistan’s Largest Independent News Agency reports, children abductions have become a serious issue in the country recently. The report states that children are used for various forms of exploitation, work in brick factories, domestic servitude, sexual exploitation, begging, poppy cultivating, transnational drug smuggling, and assistant truck driving within Afghanistan, Middle East, Europe and South Asia.  Children are sexually exploited by military and police forces too. Furthermore, the government and the UN note that children are recruited and used as suicide bombers. And now, let’s see what is the number one on the list of top 15 cities with highest human trafficking in the world. 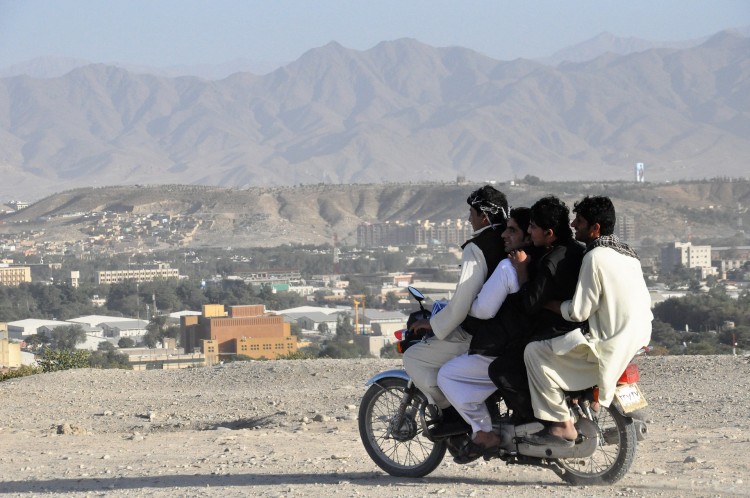 There are an estimated three to four million migrant workers in Thailand who are forced into labor or sex trafficking. These migrant workers are being forced into commercial fishing, factories, agriculture, domestic work, and begging. Sex trafficking remains the most significant problem. Local NGO reports are stating that social media are being used to recruit children into sex trafficking. As indicated on The Borgen Project, given that there are so many willing sex workers in Bangkok (an estimated 200,000 in 2002), it is difficult to determine who are the victims of trafficking. With Bangkok, we are finishing our list of top 15 cities with highest human trafficking in the world. 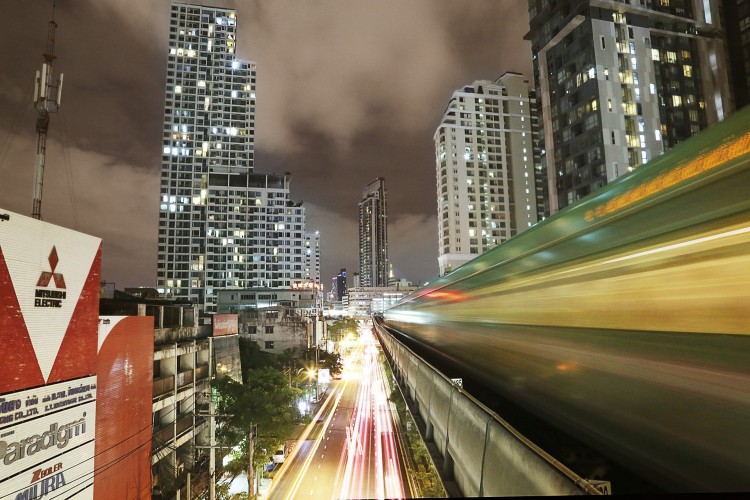 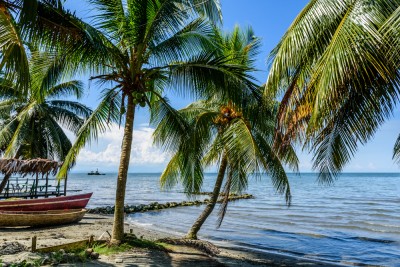 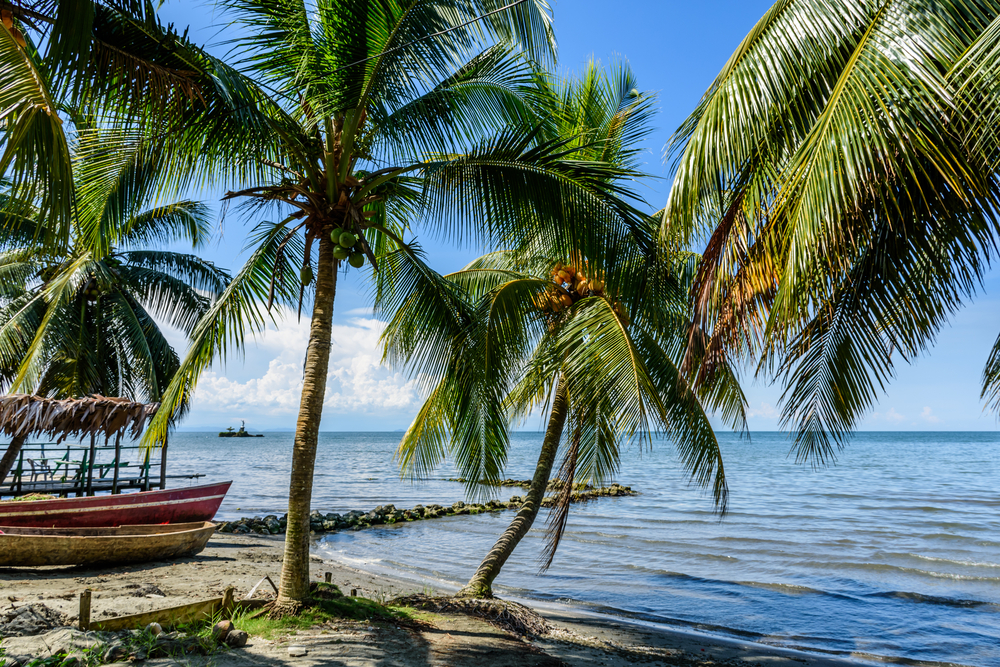