Want to know which are the largest animals in the world? The animal kingdom is a vast realm of specimens of all kinds: big and small, tough and delicate, carnivores and herbivores, dangerous and endangered. For this particular countdown we chose to rank the largest animals to inhabit this planet and we took into account every aspect that large encompasses, including weight, length, and height.

Make sure you check out our list on the World’s Most Famous Animals and find out which are the beastliest celebrities right now.

Are you curious about the largest animals in the world? Let’s take a look at the impressive countdown. 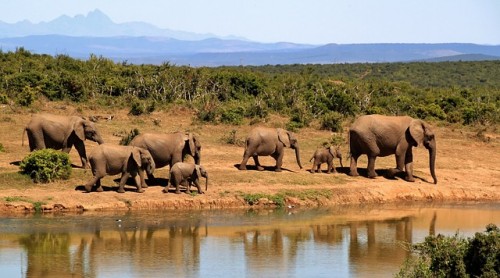 With a length of 180 cm and a weight of around 65 kg, the Chinese giant salamander is the largest amphibian on Earth right now. Since the 1950s, the population of this animal has declined significantly by more than 80%. The conservation status of the Chinese giant salamander is classified as critically endangered, and the causes behind this include overhunting, pollution, and habitat loss.

This well-known African mammal is the tallest living terrestrial animal and the largest ruminant too. Giraffes are very elongated and their necks are the most striking thing about them; they can be over two meters long, which is a significant part of their full height (somewhere between five and 6 meters).

Also known as the Indo-Pacific crocodile, the saltwater crocodile is the largest living of all reptiles and also one of the world’s biggest animals. Males can weigh up to 2,000 kg and reach a length of almost 7 m, and their size is a great advantage when it comes to hunting their prey.