The 7 most powerful navies in the world have spared no expense in ensuring the safety of their seas, and by proxy, their nations. Any country which has a sea needs a navy in order to protect its shores from other nations and ensure the safety of their own nation. Navies are generally used to protect their own shores and sea lanes, as well as conduct offences towards pirates and ports of other countries.

Naval warfare is one of the oldest forms of warfare, as ships existed back when airplanes weren’t even a thought in anyone’s mind, and animals were used for carrying troops as opposed to military vehicles nowadays. However, navy vessels have come a long way from the times of the Roman Empire, when oarsmen would maneuver long and narrow vessels. Today’s navy ships are awe inspiring and incredible feats of human achievement, with the aircraft carrier being perhaps the the most amazing possession any military could boast. 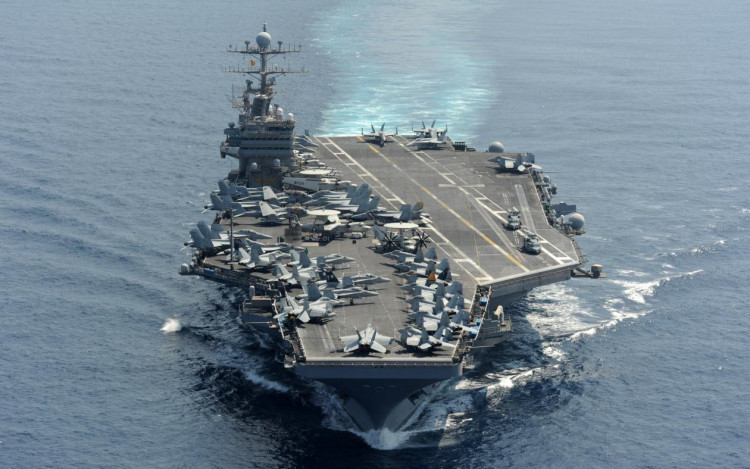 Aircraft carriers have a full length flight deck, capable of carrying, deploying and even recovering aircraft, thereby merging two arms of the military. This brilliant idea has enabled navies with aircraft carriers to position the ship in open waters, which do not fall under the jurisdiction of any sovereign nation, and deploy aircraft without requiring permission, reducing the distance that the aircraft has to travel allowing it to engage in combat longer. This is why the aircraft carrier is undisputedly the crown jewel of a navy fleet.

Global military spending (see 20 countries with the highest military spending) is at an all time high as well. While active wars may not be as frequent as they were in previous centuries, the threat from other countries is growing each day, especially with the development of high tech weapons to gain an advantage over rivals. Tensions between rivals also leads to countries increasing the budget for defense spending, such as the skirmishes that have been taking place in the water between US and China. This is further encouraged by the major defense companies which stand to gain a lot, such as Lockheed Martin Corporation (NYSE:LMT), General Dynamics (NYSE:GD) and Norhtrop Grumman Corporation (NYSE:NOC), some of the biggest defense contractors in the US and in fact, the entire world.

At Insider Monkey we scour multiple sources to uncover the next great investment idea. There is a lot of volatility in the markets and this presents amazing investment opportunities from time to time. For example, this trader claims to deliver juiced up returns with one trade a week, so we are checking out his highest conviction idea. A second trader claims to score lucrative profits by utilizing a “weekend trading strategy”, so we look into his strategy’s picks. We read hedge fund investor letters and listen to stock pitches at hedge fund conferences. We recently recommended several stocks partly inspired by legendary Bill Miller’s investor letter. Our best call in 2020 was shorting the market when the S&P 500 was trading at 3150 in February after realizing the coronavirus pandemic’s significance before most investors. We also compile lists like the most powerful navies in the world to understand and detect changes in the trends.

Unfortunately, when ranking the strongest navies, many websites and lists simply consider the number of assets a navy has for the ranking, going for quantity rather than quality. This is why most lists will see North Korea on top, which is a laughable notion; North Korea has always overstated its military strength and even if they do have the ships they boast about, most of them are patrol boats.

This is why we are using the same robust methodology we used in 11 strongest navies in the world: 2017 ranking. We have ranked each naval fleet according to the type of ship it carries, with our data extracted from Global Firepower. For example, the aircraft carrier earns the most points due to the reasons mentioned earlier, followed by submarines, destroyers, frigates and finally, patrol boats. This has led to us seeing the actual strength of a navy, rather than see which navy has the most ships. So without further ado, let’s see who will rank supreme in naval strength, starting with number 7:

Were Hedge Funds Right About Warming Up To Hooker Furniture Corporation (HOFT...
Monthly Newsletter Strategy
Download a free copy of our newsletter and see the details inside!
Hedge Fund Resource Center
Lists