No matter where you are in the world, if you live in a major city, or even any urban area, you wouldn’t have to wait more than a few minutes to come across a fast food place. Fast food is a way of living for most of us now, and thinking back to a time when fast food wasn’t even an option is quite hard. This is because even though fast food is a relatively recent conception, with the term only being recognized back in 1951 by the Merriam Webster dictionary. However, it is thought that fast food came into being in the 1860s when the first fish and chips place opened in the UK.

The value of the global fast food industry is worth around $650 billion. There are tens of thousands if not hundreds of thousands of restaurants serving fast food across the world, with some major brands alone having thousands of restaurants. So why has fast food exploded in popularity since its inception? Well, part of the answer is in the name. It doesn’t take time to create and the world is busier than ever, with people having less and less time for regular activities including cooking. For these people, who now make up a large part of the population today, fast food presents a convenience that steak and potato dinners do not. Furthermore, fast food is more often than not, absolutely delicious. There are now, with perhaps a slight exaggeration, millions of ways to create a burger, fries and pizza, and funnily enough, most of these options are still quite good! And even when a pizza is bad, it is still quite good. And the third and perhaps the most important reason is the fact that in most countries, fast food is a cheap option and hence, is preferred by many. Many people cannot afford to eat well, maybe because they don’t have a well paying job, or don’t have a job at all, and fast food presents a cheap, delicious alternative to fill their stomachs. 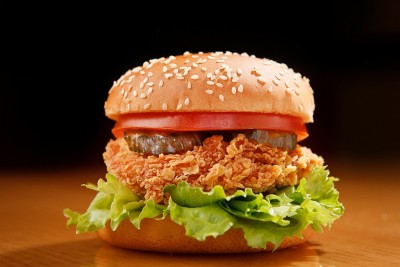 Of course, we now know that too much fast food is really bad for you, and even though science has been claiming the same for decades now, many people refuse to accept it. If you persist in a diet which has a large amount of fast food, you are liable to face a higher risk of obesity, digestive issues, depression, type 2 diabetes, cancer and even early death. Obesity is perhaps one of the biggest epidemics in the world currently, as the total number of obese people in the world has increased significantly in the last few decades. In 2016, nearly 40% of all the people in the world were overweight, while 13% were obese. The prevalence of obesity has nearly tripled from 1975 to 2016, and the advent and common availability of cheap fast food has perhaps been the primary reason behind this rise. If you take a look at the most obese countries in the world, you will even find many countries where the obesity rates hovers near 50% while the rate of being overweight can exceed even 90%!

However, many people are starting to realize the negative effects of fast food and are moving towards a far healthier lifestyle which includes healthy food and regular exercise and workout. Fast food companies have realized this as well and are pivoting towards attempting to being healthy, as evidenced by Subway, which promotes itself as making healthy sandwiches, while the new rise in veganism has also seen a new competitor for traditional fast food, which these companies have also tried to incorporate by making burgers made out from plants, yet tasting like meat. This has the added advantage of being more conducive to the environment as well, as plant based proteins rather than meat is much more environmentally friendly. These new plant based burgers have been extremely popular over the past year and have helped restaurants increase their revenues.

Of course, the fast food industry has been severely impacted by the Covid-19 pandemic, which has claimed nearly 1.4 million lives and seen nearly 60 million cases in 2020. To deal with the pandemic, most countries initiated lockdowns, which saw restaurants also having to close their doors, only allowing take away and delivery in some places. As indoor dining closed and revenues of course declined, online orders increased as people started to stay home and isolate. Even though restaurants in some countries have opened again, there are a lot of standard operating procedures to follow, with only a few number of people allowed in at a time. In my own city, new restrictions mean that restaurants can only operate outdoors; a city where there are very few outdoor spaces available.

The largest fast food companies in the world have billions of dollars in revenue, and own some of the most popular brands in the world, opening hundreds of locations across the world on an annual basis. To rank these countries we have used their market cap, assets, revenue and net profit, assigning higher weightage to the first two metrics. So let’s take a look at the companies and brands which are most likely to be among your favorites, starting with number 15:

Total market cap of the company (in billions of dollars): 1.2

Total revenue of the company (in billions of dollars): 1.3

Total assets of the company (in billions of dollars): 2.4

Total operating income of the company (in millions of dollars): 117

Headquartered in Dallas, Dave & Busters has 137 locations in the US and Canada and is unique for the fact that it has a proper video arcade along with the restaurant as well. 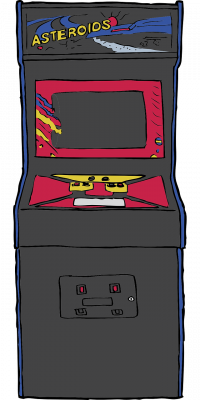 Where Do Hedge Funds Stand On FVCBankcorp, Inc. (FVCB)?
Monthly Newsletter Strategy
Download a free copy of our newsletter and see the details inside!
Hedge Fund Resource Center
Lists