Everybody knows money gets a little tight around the holiday season, so if you’re still wondering what NOT to get your lady friend this year, here is a list of the 10 most expensive designer handbags in the world in 2016. Not only are these purses bafflingly expensive, but some of them are also as ugly as punching one’s own mother in the gut.

Big fashion houses are known –among other things- for charging ludicrous amounts of money for their clothes and accessories. Of course, I would never reject a Hermès handbag if it was given to me for free (Santa, if you’re reading this, please take note), however, it’s not something I would buy for myself. I love fashion, I truly do, but it’s still astounding to me how overpriced stylish items can be, and how much would one spend to own a silly little fashion piece like that. 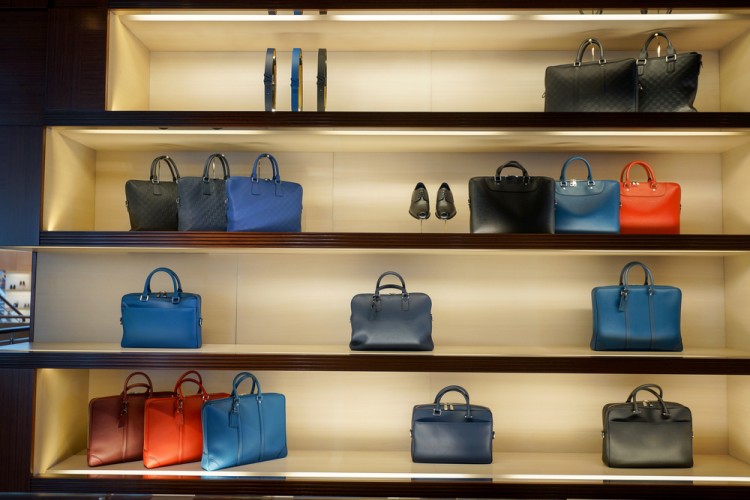 In most cases, the materials (such as genuine crocodile skin, or 14 carrot diamonds) account for a large portion of the price, but in a way, it’s still mostly about the brand. Hermès, for instance, is the most featured brand on our list, being famous for their extravagant prices; our 10 Most Expensive Louis Vuitton Handbags list is also worth looking at, just to get the hang of it.

I should probably specify that not all of these bags on our list are from a 2016 collection, but most are still available for purchase, even though I hardly think you’d be interested in such an investment. Honestly, how much would you be willing to spend on a bag? A hundred bucks? Six hundred? A thousand? A couple of millions? If you’re curious to know how far people are willing to go in order to parade their wealth in public, just keep reading!

Let’s see our list of most expensive designer handbags in the world in 2016.

This crocodile bag is simple and elegant, two things that many others of most expensive designer handbags in the world in 2016 are not, but just like all the others, it’s price is more than a little over the top. Nevertheless, this is only the first Hermès bag to be featured on our list, and there are way more expensive ones to come, I assure you.

This brand is famous for its excellent craftsmanship and unrelenting attention to detail. These qualities combined with the premium materials used – crocodile skin and palladium silver- partially justify the price tag on this bag, but as I said earlier a big part if the purses’ worth is determined by the fashion house’s name, reputation, and the exclusiveness of the product.

I suspect you won’t agree with me, but I find this piece, number 9 on our list of most expensive designer handbags in the world in 2016, insanely beautiful, even though it’s clearly very impractical; I’m not even sure my phone and lipstick would fit in there together. In any case, I definitely don’t have the money for this, but it’s a nice fantasy.

Inspired by the small jewelry bags from the 30’s, this pumpkin-shaped collaboration of Yayoi Kusama with Vuitton is covered with her signature and neurotic spotted pattern. It is made out of black resin and pure gold, and it truly looks like it belongs in a museum; that’s probably the reason why only five of them were made. In the art bag department, this one deserves a standing ovation.

I get the message, but nooo. Quite contrary of what I said before, this bag flunks terribly in the art department. I’m sure there’s some kind of message there, but to the naked eye, it just looks like a big pile of garbage. Really, who buys this? Who pays 150 grand for a bunch of trash glued together? A 5-year-old could do that! Oh, wait… they probably did.

Ashley Olsen (remember her?) was the face of the campaign at the time the bag was released; of course, she was paid several million to put her skinny mug on this literal piece of junk, and I hope it haunts her to the end of her days. Fortunately, only 24 of these monsters were created, although it still seems like too many to me.

Now we’re talking! This is one of many Cleopatra clutches Lana Marks has designed, and I must say, most of them are quite gorgeous. This is the most expensive of them since it possesses 1,500 black and white diamonds contained in 18-carat white gold. No wonder it ended up on our list of most expensive designer handbags in the world in 2016. It is inspired by Elisabeth Taylor and got its name from being worn by Hellen Mirren to the 2007 Academy Awards. Even though it’s an old model, it’s still available for purchase, so moderation seems to have been a good strategy.

Although this one is a tad too shiny for me, others less flashy really draw my attention, such as the Jennifer Aniston, Julie Christie, Angelina Jolie, and Diamond Fan, where I consider the diamonds are used in a simple, delicate manner, and not abused like in so many models in this list. I think Lana Marks really got the hang of how precious stones should be used: with moderation.

White gold, alligator skin, and 334 diamonds have made this accessory one of the most expensive designer handbags in the world in 2016, but is it worth it? The shape resembles the classic Chanel clutch bag, so there’s nothing really new about it but the materials.

Purse Blog compares it to a work of art, which may very well be true, but I wouldn’t go out on the street with an original Picasso dangling from my arm! You’d have to be a real daredevil to walk around with such a huge “please rob me” sign on your forehead. Don’t get me wrong, I agree with the premise that art and fashion are intimately related and can sometimes spawn marvelous things. However, just like great paintings are not valued for the price of the paint but the talent of the artist, so should bags be prized for their originality, and I’m sorry to say this is a pretty mediocre design for such a large bill.

-Knock, knock.
-Who’s there?
-Hermès, again.
-Hermès who?
-Her-mess up your savings account.

Ok, the joke’s not funny, but it’s all I could come up with, and it does make a valid point. Is this what you would buy with that kind of money? Personally, I’d go for something more down-to-Earth, like a house, college, charity, or a couple of ponies.

Still, however silly it might seem to deposit 432,000 dollars on a croc skin, white gold, and diamonds bag, if you think about it might even be a good investment. For the next 10 years, it will bring no significant profit, since it could only be sold as “used”. Nevertheless, if you can handle your fashionista impulses, put it away, and keep it in mint condition until the year 2040, you could probably sell it as a vintage relic for twice its actual price. And now, let’s see what else we have on our list of most expensive designer handbags in the world in 2016.

If you just happen to have a spare 1.4 million dollars lying around, you’ll be able to acquire this seemingly heavy mess of chains that ranks 4th on our list of most expensive designer handbags in the world in 2016. Although I will admit that the “Ancre” (anchor) part is accurate since the chain links are properly shaped to resemble an anchor chain, most people don’t know this, so it just ends up looking really jail-ish.

If Keeping Up with the Kardashians had sex with Prison Break, the result would probably be this white gold and 11,303 diamonds malformed baby. There’s nothing more uncomfortable than having to lie to people about how ugly their child is (especially if it’s a 1.4 million dollar child), so if your millionaire friend happens to walk by carrying this bag just smile and wave, boys, smile and wave.

Unlike the previous, this platinum-made bag, with over 2000 diamonds which ranks 3rd in our list of most expensive designer handbags in the world in 2016, looks like it was taken straight out from Cinderella. It also has the peculiarity of having a detachable diamond strap that can also be used as jewelry, while the purse is used as a clutch, so that could be regarded as “saving” money… right? The pear-shaped diamonds incrusted in the purse are also removable to be worn as earrings and so.

Even so, I believe this practicality might be viewed by the crème-de-la-crème as just being “cheap”, in a way. Or so I imagine, I don’t really know what these people think. I can also picture someone having a nervous breakdown because the precious stones keep falling off the purse and getting lost at the Oscars ceremony; that’d be funny to watch, and very Cinderella-like.

I know you’re probably sick and tired of Hermès by now, but this is the last one on our list of most expensive designer handbags in the world in 2016, I promise. With the collaboration of designer Pierre Hardy, Hermès earned the second place in our list. It’s a bit sad though, they’re featured 5 times, that’s half the ranking, but they couldn’t make first place. It’s like the hare and the turtle fable, they were so confident they laid down to take a nap missed their chance to top the most ridiculously expensive bag list.

In any case, I’d rather attempt to swim in a pool filled with 2 million dollars money and drown than spending that kind of cash on a rose gold mini-box dotted with 1160 diamonds; it just sounds more realistic, which makes this purse, by all means, ludicrous. Fortunately, only 12 of this babies were made, I guess someone had to say “ok, 24 million should be enough for now” at one point.

There is no mistery as to why this bag is the first on our list of 10 most expensive designer handbags in the world in 2016, since it’s even featured in the Guinness Book of Records. This tiny diamond and gold purse costs 2.7 times the amount of money the average American makes in a lifetime. Nevertheless, in spite of costing USD 3.8 million, it still looks like something you could buy in Chinatown. I know I earlier said that a little bling couldn’t hurt, but this is just wrong, and it just looks to me like a pointless use of geologic resources. All of this talk about precious stones, and how worthless they really are has put me in need to quote Fiona Apple: “what’s so impressive about a diamond, except the mining?”. Just think about it.

So, what are your thoughts? Are any of these bags really worth their price?