Chances are there are half a dozen items around you right now with a lithium battery in them, courtesy of the top 9 lithium producing countries in the world. Earth is not a fair planet, and this can be seen in the way that reserves are distributed. In the case of lithium, just 9 countries have 87% of the total reserves, and hence, total domination of the lithium industry.

While the US has one of the largest reserves of lithium in the world, we couldn’t feature it in our list because the data for lithium production in the US has been withheld in order to avoid disclosing company proprietary data. However, in the US, we can tell you that lithium production is focused in only one brine operation which is located in Nevada. Further, two companies in the US are responsible for a large part of the production of a wide range of lithium compounds within the country. Some of the biggest lithium companies in the United States include Albemarle (NYSE:ALB), Lithium Americas (NYSE: LAC) and Livent (NYSE:LTHM) among some others.

Unfortunately the financial markets don’t think the best way to take advantage of the electric vehicle and energy storage revolution is investing in lithium producers. Investors are piling into Tesla Inc (NASDAQ:TSLA) which is seen as the ultimate winner today. However, Tesla isn’t a cheap stock at all. We identified another incidental winner -which is extremely cheap- and currently recommend a position in this stock in our monthly newsletter. By the way our stock picks returned 101.5% between March 2017 and June 5, 2020 and outperformed the S&P 500 ETFs’ 42.9% gain by more than 58 percentage points. 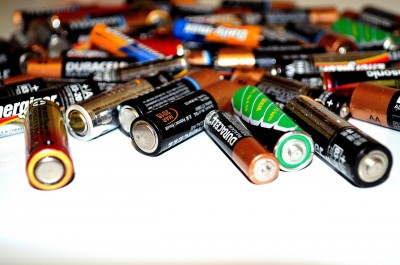 Lithium’s most popular use is one that anyone can guess. In the US, 65% of all lithium is used in batteries, while 18% is used in ceramics and glass, followed by lubricating grease and polymer production. Other minor uses also include air treatment and casting mold flux powders.  The demand for lithium is at an all time high and is only going to increase further as portable electronic devices are now seen as a necessity rather than a luxury and lithium batteries are required to power them.

However, despite booming demand, lithium production globally was actually less in 2019 than in 2018. This is because production in 2018 already exceeded consumption, and even though consumption in 2019 increased as compared to 2018, production still decreased. Even though consumption was much higher in 2019, it still did not meet the expectations of the industry as China actually decided to scale back its subsidies on electric vehicles and lithium inventories being reduced by customers. In fact, for many technology companies in the US and Asia, security of lithium supply has become absolutely integral to maintain operations, and several companies across the globe are springing up to fulfill this niche. There are some substitutes for lithium compounds, especially when being used in batteries, which include magnesium, zinc, calcium and mercury.

To determine the top producers of lithium in the world, we relied on the Mineral Commodities Summaries 2020, which has a database on dozens of minerals, including salient information and production statistics. We determined our ranking based on the production of each country in both 2018 and 2019. You can notice that several countries saw production decrease when comparing 2018 to 2019. So let’s see where the sources for all our portable gadgets are coming from, starting with number 9: