Top Books To Read Before You Die: As multimedia advances, books are being slowly forgotten, but they shouldn’t. Literature is not only cultivating, but also fascinating; it feeds imagination, it allows you to travel without moving (although traveling is amazing too, so don’t miss our Top 15 Places To Visit Before You Die list), it presents unknown and very different realities…

Before you go to sleep, when you’re on the bus (or a plane to one of the The Top 10 Places to Visit Before You Die), relaxing on the beach, waiting for the doctor to see you, in line at the bank, drinking wine on the countryside, enjoying the sun in the park… almost every relaxing occasion (and most of your down time) is the perfect time for a book. 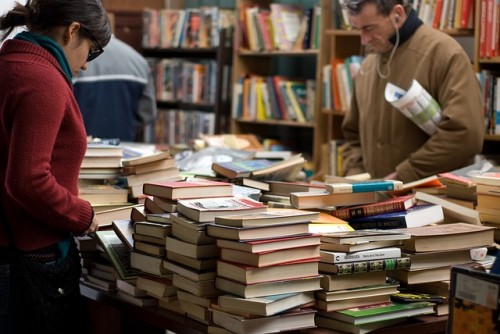 As an avid reader, I’ve come across some books that one should not die without having read, including almost all of Plato’s dialogues or A Confederacy of Dunces by John Kennedy Tool; a comedic jewel. Of course, this is a highly personal selection based on taste, although many of the books you’ll find here are already considered to be classics of literature both old and modern.

So, which are the books that need to be read? Does every English-speaking person need to read Shakespeare? Are there other authors that are a must? Find out in this list of the top 50 books to read before you die.

Naturally, this list is open to suggestions. In fact, I’d love it if you readers could recommend other books that are not in this list but should definitely be read.

6. Before the End – Ernesto Sabato

8. Catcher in the Rye – JD Salinger

16. Before the End – Ernesto Sabato

17. Every Dialogue Ever Written by Plato

18. Existentialism is a Humanism – Jean-Paul Sartre

26. Lord of the Flies – William Golding

Keep reading the following pages to find out which are the remaining 24 books to read before you die.