Everyone, even you, has a list of the top 10 places to visit before you die, right?

It doesn’t matter whether you live in a modern, advanced, big, or a small town, there always comes a time when you get tired and bored of seeing the same thing from your window, walking the same streets, and seeing the same people. That’s why it is important to travel, because aside from developing your inner, cultural world, traveling offers you what your brain desires the most: the change of atmosphere, a new scenery, and escaping from the typical day-to-day routine.

In fact, famous Latin philosopher Saint Augustine once said:“The world is a book and those who do not travel read only one page.”

Everyone likes to travel, but it becomes really hard to choose a destination for your next visit. Despite the saying “It is a small world,” there is an enormous amount of opportunities to see something really exciting, and this is why choosing one destination may be a bit challenging. This makes compiling a list of the top 10 places to visit before you die even tougher, but we’re up for the task.

Those who have traveled will agree that one may spend his entire life on the roads trying to see everything, but will end up only seeing a fraction of everything that’s possible. It doesn’t matter whether you are traveling on a budget, or if you have got your own plane, the world offers jaw-dropping opportunities for everyone.

From amazing waterfalls, canyons, and other marvels of nature, to old romantic cities, or monuments built by human hand hundreds and thousands of years ago, our list is definitely worth including in your next vacation plans. So, instead of laying at home, wondering what is out there, don’t let your passport gather dust in the drawer, take it and get going. The world is calling. Let’s look at the top 10 places to visit before you die.

No.10 Great Wall of China, China 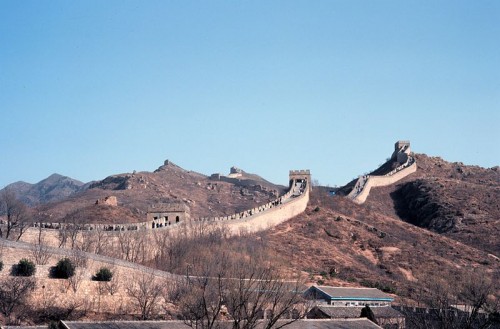 The largest monument that was ever built by humanity is the Great Wall of China, which is thousands of miles long and passes through 156 counties, and has about 7,000 lookout towers. Even though the initial scope of this structure, built 2,000 of years ago, was to keep away the enemy tribes, today it is a very popular tourist destination. 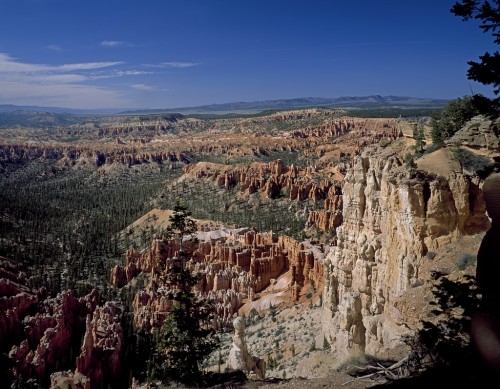 Mother Nature has enormous power, and the Grand Canyon in North America is proof of it. The sight of this river-created canyon, which is 277 miles long and 18 miles wide, will make your jaw drop.

No.8 Pyramids of Giza 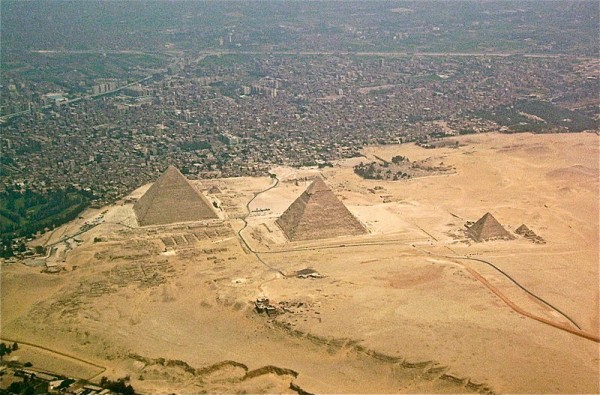 Many mysteries surround the construction of these huge pyramids, which are part of a massive mausoleum complex in the heart of the Sahara desert. No one knows exactly how they were built, but one of the theories–no joke–involves aliens. The tallest of the Pyramids of Giza, the Great Pyramid, was one of the Seven Wonders of the World. 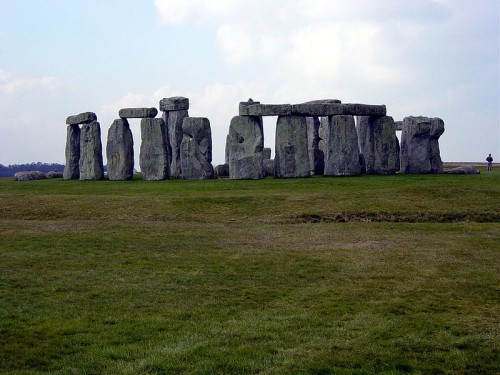 Another mystical place on our list is Stonehenge. No one really knows what was the initial meaning of this huge 25-ton sandstone blocks was, though there are many theories. However, its mystery, combined with an amazing view created by the setting sun, causes a magnificent glow through the arches, and makes it a place definitely worth seeing before you keel over. 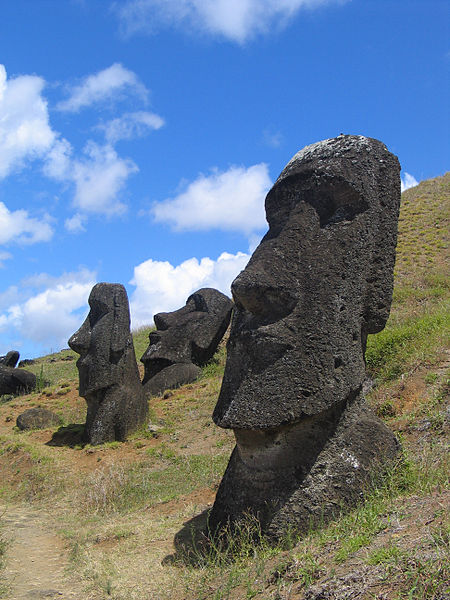 Everyone has probably seen statues of “Moai,” massive stone heads that were carved by the natives of Easter Island to commemorate their ancestors. Today, there are 887 statues remaining, the largest weighing 82 tons. The island also offers many opportunities for those who are passionate about hiking and scuba diving. 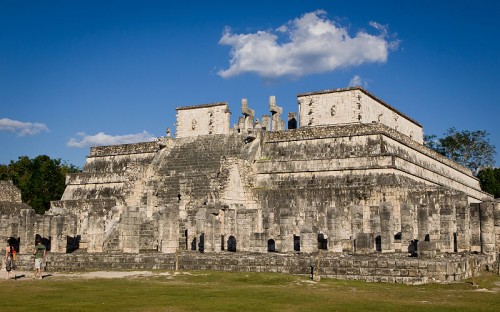 Not only Egypt is famous for its pyramids. The old Mayan city Chichen Itza offers another masterpiece of human architecture: El Castillo, a 78-foot, 91-step pyramid. Some other attractions on the site include the Temple of the Warriors, the Ball Court and Tzompantli, the Wall of Skulls. One of the most thrilling views are offered by the El Castillo pyramid at sunset, when shadows create an illusion of  a large serpent slithering down the pyramid. 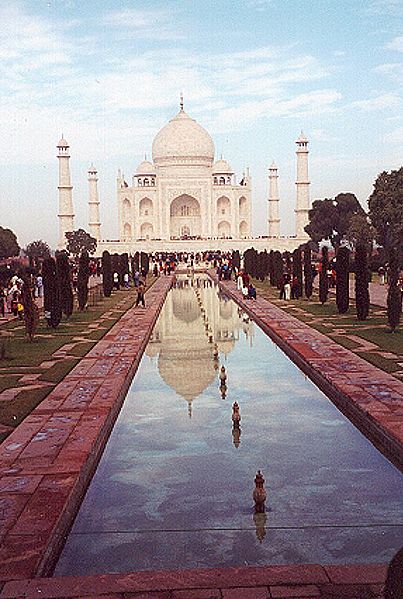 In 1632, the Mughal emperor Shah Jahan started building a white marble mausoleum in memory of his third wife, Mumtaz Mahal. As a result, he built one of the most beautiful palaces in the world, a real masterpiece of the Muslim art in India, and also one of the most admired. 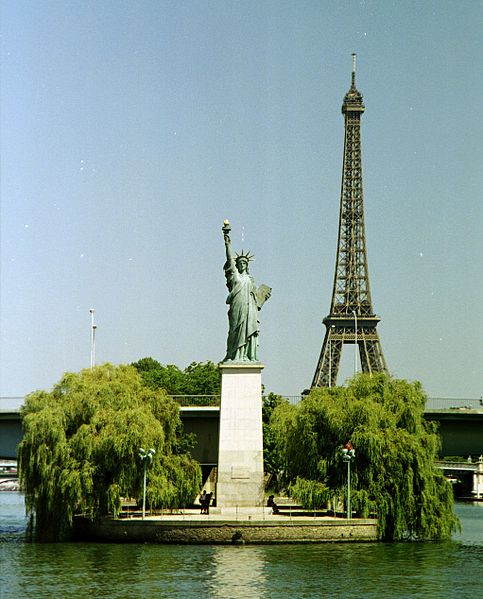 There is a romantic hidden in each of us, and France’s capital, Paris, is the best place to reveal it. You can go together with your significant other, or with your family, it doesn’t matter, because Paris will find something to amaze you. The list of interesting things to see in Paris might be very long, but some of the most beautiful are the Eiffel Tower, Notre Dame de Paris, Versailles, and the “Disney Land” theme park. 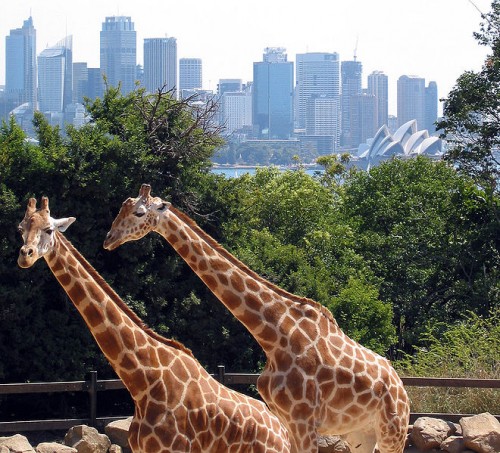 Despite the fact that Australia is located relatively further than any other places from our list, its largest city, Sydney is a really awesome place to spend some time. Warm, mild climate, together with many sightseeing activities, the most famous of which is the Opera House (in the picture), are just several points in favor of visiting Sydney. 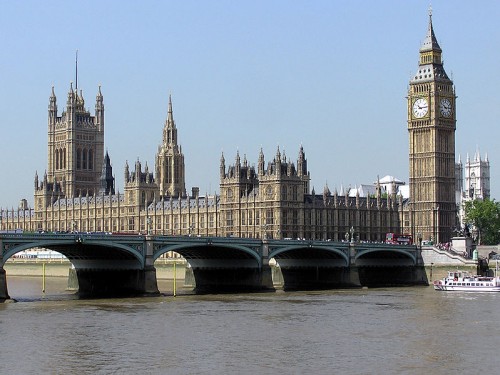 The magnificent city of London, the capital of the United Kingdom, is the place that everyone must visit. Being one of the biggest urban areas of Europe, London has many places of attraction to offer like the Big Ben, Trafalgar Square and Buckingham Palace. The beauty of this old, historic city, and the large amount of places to see, made it one of the most popular tourist destinations in Europe, let alone the entire world.

The 10 Most Charitable Countries in the World

The US’s 10 Most Liberal States

Gold: Time to Dump or Time to Buy?