Religious or not, you should definitely know about the top 15 atheist or least religious countries in the world, so make sure to read until the end.

The number of religious people around the world is in decline, and for the first time, there is a country that can be marked as the “officially atheist country”, with more people who marked themselves as nonbelievers. As you probably already suppose or have read somewhere, this is also the least religious country in Europe – her Majesty Norway.  In this country, even 39% of people say that they are non-believers, while only 37% say they are believers. We even discussed the similar issue, in our list of 11 Countries with Highest Atheist Population, so it might be interesting to compare. What is also interesting is that the number of believers in the United States of America is also decreasing, as one recent survey has shown that the number of atheists has doubled over the last 25 years, and the number of those who no longer pray has risen five times. An interesting research has also been conducted by Pew Research Center regarding the atheism in America, and among all interesting statistics it provided, it also said that about 53% say it is not necessary to believe in God to be moral. 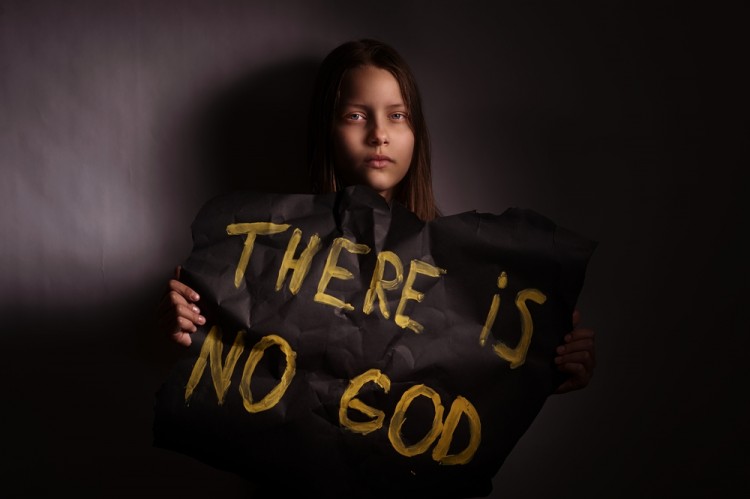 Even atheists have certain philosophies that they follow and rely on, and there are certainly many philosophers that are a must read for everyone who declares as atheists. In that spirit, we also have a list that deals with Top 10 Ancient Atheist Philosophers and Their Quotes. Only if you open it, you will get the know who said:“All things are from water and all things are resolved into water.”

However, besides these nonreligious countries and nonreligious people, atheists and philosophers, there also those countries that can be marked as most religious in the world. Incredibly, as the Telegraph reports, five of the countries are on the top when it comes to this since 99% of their residents answered affirmatively on the question whether or not they are religious. Those are Ethiopia, Malawi, Niger, Sri Lanka and Yemen. Additionally, not every religion is equally popular and equally followed, which is obvious, but we also have a list that reveals the 11 Most Popular Religions in The World, and expectedly, Christianity and Islam are at the first two places.

Generally speaking, in the world of the awful history of wars in the name of God, it is interesting to think about one thing – are these least religious countries more peaceful? If you think a little bit, you’ll see that countries without religion, such as Sweden, Denmark, Norway, and Belgium are among the most peaceful and most prosperous countries in the world. On the other side, what is also quite appealing to check are the statistics about these atheist countries and crime rates. For example, as OSAC reports, crime rates in Belgium are relatively small, even decreasing from 2014. On the other side, almost the same thing goes for Norway, and the report, in this case, marks the country also as a very safe one, with the decrease of crime from 2015 in more than 4.5 %. So, although these things may be a pure coincidence when it comes to these nonreligious countries, we still must ask ourselves about the connection between the religiosity in one country and its crime rates and safety. Are religions doing their actual job, spreading love and peace all around, or simply making us hate and kill each other? The answer does not need to be black and white of course, but one thing is sure – there are many people today who misuse and misinterpret sacred texts, being one of the main reasons to have a bad picture about religions in general. Nevertheless, there are so many religious shows and documentaries that may answer some of these questions, and there is actually a list of Best Religious/Atheist Documentaries on Netflix, Hulu, and Amazon Prime, so check it out. Eventually, both believers and nonbelievers like to see a beautiful church; first group for the purpose of praying, while the latter would be more into taking photographs and admiring the architecture, being the reason why you should also check the list of Biggest Churches in Asia.

To make the list, it was more or less obvious that the best starting point is WIN-Gallup International Global Index of Religiosity and Atheism, in order to check all the tiny details and numbers when it comes to believers and nonbelievers. Additionally, if some data was missing for certain countries, I managed to find demographics on their official websites and take it from there. Most importantly, all of the information is taken from credible sources. The final ranking was made according to the number of those people who marked themselves as nonreligious and atheists and the overall number of those two categories affected the position on the list. Since many of you may wonder; what is actually the difference between being nonreligious and atheist, I will try to provide a simple explanation. Those people who regard themselves as nonreligious may be atheists, but that is not always the case. At times, they mark themselves as nonreligious, for the purpose of showing that they have certain spiritual belief, not strictly related to any religion. It can be complex, but as long as people proclaim as such, we can’t neglect it and we must take it into consideration while making the list.

So, let us see what are the top 15  atheist or least religious countries in the world.