United Technologies Corporation (NYSE:UTX) investors should be aware of a decrease in enthusiasm from smart money lately.

To the average investor, there are plenty of gauges shareholders can use to monitor publicly traded companies. Some of the most under-the-radar are hedge fund and insider trading interest. At Insider Monkey, our research analyses have shown that, historically, those who follow the top picks of the top hedge fun 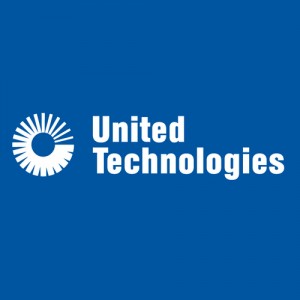 Equally as integral, positive insider trading activity is a second way to break down the marketplace. Obviously, there are plenty of stimuli for an executive to sell shares of his or her company, but just one, very clear reason why they would buy. Various academic studies have demonstrated the impressive potential of this strategy if piggybackers know what to do (learn more here).

What have hedge funds been doing with United Technologies Corporation (NYSE:UTX)?

At the end of the first quarter, a total of 43 of the hedge funds we track were long in this stock, a change of -10% from the previous quarter. With the smart money’s positions undergoing their usual ebb and flow, there exists a select group of key hedge fund managers who were boosting their stakes substantially.

Seeing as United Technologies Corporation (NYSE:UTX) has witnessed bearish sentiment from the aggregate hedge fund industry, logic holds that there is a sect of hedge funds that elected to cut their full holdings heading into Q2. Interestingly, Lee Ainslie’s Maverick Capital cut the biggest investment of the 450+ funds we track, comprising close to $148.6 million in stock.. Thomas Steyer’s fund, Farallon Capital, also dumped its stock, about $71.9 million worth. These bearish behaviors are important to note, as total hedge fund interest dropped by 5 funds heading into Q2.

Insider trading activity, especially when it’s bullish, is best served when the company in focus has seen transactions within the past half-year. Over the last six-month time frame, United Technologies Corporation (NYSE:UTX) has experienced zero unique insiders purchasing, and 13 insider sales (see the details of insider trades here).