Published on April 2, 2018 at 1:59 pm by Insider Monkey Staff in Bitcoin, Ethereum and Other Cryptocurrencies, News

Royal Wedding Gift List: New Crypto Launched to Commemorate Meghan Markle’s Royal Wedding (Exress.co.uk)
The world’s first Royal themed cryptocurrency will launch its crowdsale today as the new token celebrates the Royal Wedding of Prince Harry to Meghan Markle. This is part of a usual Initial Coin Offering (ICO) however the coin will be moving straight into the usual third and last phase called crowdsale. Half of all the money raised in the crowd sale will be allocated to three charities chosen by the couple – Sentebale, The Invictus Games, and The Royal Foundation. The other half will go to the Crown and Country Magazine to help fund a special edition celebrating the Royal Wedding. Thomas Mace-Archer-Mills, editor-in-chief of the magazine who came up with the idea, said: “I wanted to create a new and modern way for the people of the world to feel a part of the Royal Wedding, whilst being able to provide an engaging outlet for interested parties to not only contribute to a decentralised wedding gift, but also appeal to their financial prowess in the creation of an investment mechanism such as the Royl coin.”

Allvor: Outstanding Ripple-Dependent Cryptocurrency For E-Commerce Surfaces (EthereumWorldNews.com)
Ripple is getting another boost now that Allvor, the first cryptocurrency powered by XRP Ledger, centering on e-commerce has surfaced. Alvor has proposed to integrate with notable online e-commerce stores using XRP ledger superior technology. The innovation is going to be a great boost for the cryptocurrency, and make Ripple XRP, a widely used digital currency. The Ripple-dependent innovation, according to the team behind it, has no support or sponsorship from Ripple Company. Ripple is going to be used by online retail stores via Allvor designed plugins, the team has touted. 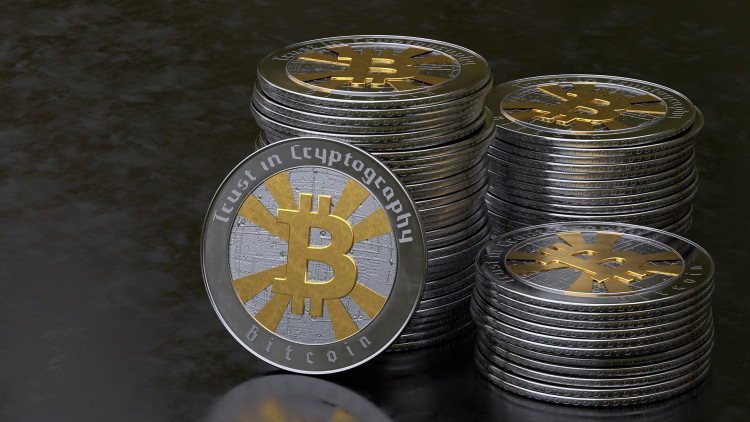 Betrium to Offer Cryptocurrency-based Worldwide Betting Service (BTCManager.com)
In a new application of blockchain technology, the Betrium ICO is looking to the lucrative $533 billion global gaming industry for potentially handsome returns. A group of entrepreneurial developers, all graduates from MIT and MIPT, are now offering the first “worldwide betting service” that is partly decentralized. Betrium will accept cryptocurrencies while charging zero percent commission. The platform behind the ICO will be offered to “event organizers, developers, and third-party service providers.” In the sophisticated world of online gaming, the benefits of the blockchain construct can bring enhanced savings and improved UX.

Lavenir, the Cryptocurrency Lending Platform, Will Launch Its ICO on April 4 (SludgeFeed.com)
Lavenir is the latest addition to the cryptocurrency world that is going to begin its ICO on April 4th and conclude on May 4th. It is set to bring a new revolution into the market by digitizing the lending process. Lavenir, the newly launched cryptocurrency lending platform is going to launch its ICO on April 4th, 2018, that will last until May 4th, 2018. The value of one Ethereum (ETH) is equal to 1000 Lavenir (LVR) and the early investors will be able to receive a variety of bonuses through the ICO. The Lavenir platform will allow the individuals to deposit cryptocurrencies onto the site and lend them to the site for interest payments. It is created with an aim to provide a more sustainable approach over other cryptocurrency investment sites.

KuCoin Delists Multiple Bitcoin Cash [BCH], Tether [USDT], NEO Trading Pairs (AMBCrypto.com)
In order to streamline its internal operations, the newly emerged Digital Exchange KuCoin recently reported that it would delist NEO, USDT and BCH pairs from its platform. Apart from the above-mentioned pairs, USDT and KCS pairs are also affected by their decision. KuCoin mentioned that they will be delisting 22 pairs of currencies from the platform. KuCoin announced on their website: “Dear KuCoin Users, We are excited to announce our new streamlined exchange. With our rapid growth in the first quarter we added in many new markets to provide a diverse platform for users to trade on. During the 2nd quarter we will be making many changes to the platform based on our user feedback. Several of the markets will be streamlined. KCS, USDT, and NEO will eliminate multiple pairs each, and BCH pairs will be removed.”

Taiwan Central Bank Governor Suggests Bitcoin Transactions Should Fall Under AML Regulation (CoinTelegraph.com)
The Central Bank of the Republic of China (Taiwan) has recommended that Bitcoin (BTC) trading should be regulated under the Department of Justice’s anti-money laundering (AML) regulations, local news outlet Focus Taiwan reports today, April 2. In October of last year, Taiwan’s Financial Supervisory Commission (FSC) had shown support for Initial Coin Offering (ICO), cryptocurrency, and Blockchain adoption and innovation within the country. In response to concerns broached about BTC’s recently falling prices at a meeting with Taiwan’s Legislative Yuan Finance Committee, Yang Chin-long, the governor of the central bank, said that the bank’s “response measures” to the noted “opacity” of BTC transactions are to first remind investors of risks, and then to move towards BTC AML regulation.

Bitcoin Gold Takes Epic Q1 Beating, But Some Cryptos Saw Big Gains (CoinDesk.com)
The crypto markets had a rough ride in the first quarter of 2018, with just a few tokens bucking the downtrend. The buying frenzy seen at the turn of the year quickly ran out of steam in the first half of January, and what appeared to be a healthy pullback soon turned into a bear market on fears South Korea and China would announce deeper regulations. South Korea, in particular, has been effective in curbing excessive speculation, as the so-called “Kimchi Premium” fell sharply following the new regulations. Further, trading volumes dropped sharply in February and March, which, according to many is a sign of normalization in the markets.

First Ever Litecoin Summit to Hold in September 2018 (EconoTimes.com)
The Litecoin Foundation has confirmed that it is going to hold its first ever Litecoin summit in September 2018 in San Francisco. The Global Litecoin Summit will be held on September 14-15 at the South San Francisco Conference Center, according to the summit website. Created by Charlie Lee in 2011, Litecoin (LTC) is currently the fifth largest cryptocurrency by market cap and trading at around $120 at the time of writing (Kraken). The Litecoin Foundation is a non-profit organization registered in Singapore and aims to advance Litecoin for the good of society by developing and promoting state-of-the-art blockchain technologies.

NEM (XEM) to Overtake Ethereum as the World’s Best Smart Contract Platform (CryptoGlobalist.com)
NEM (XEM) is set to be the world’s most secure, scalable and eventually most popular smart contract platform in the world. The statement seems far-fetched given the dominance Ethereum currently shows in the field. However, the recent announcement by NEM development team on the NEM Catapult (Mijin V.2) blockchain may have all the right ingredient for success. The coin first announced of the release of Catapult way back in 2015, keeping the NEM community in darkness for over two and a half years. The wait is finally over as the announcement on Medium indicated the beta release will be available to some community members, partners and other willing customers.

Wesley Snipes Has Suddenly Become a Cryptocurrency Entrepreneur (TheMerkle.com)
Various celebrities have shown an increasing interest in initial coin offerings and cryptocurrencies. As one would expect, this alarming trend has attracted the attention of the SEC. Even so, Wesley Snipes is convinced that his involvement in a brand-new cryptocurrency will pan out in a positive manner. Wesley Snipes Sees Merit in Cryptocurrency: Although the nod of approval from Wesley Snipes in regards to cryptocurrency is certainly appreciated, it is still not an industry in which just anyone should get involved. Especially when it comes to acting as a cryptocurrency entrepreneur, there are a lot of pitfalls people need to avoid. While it is true Wesley Snipes has picked up a thing or two over the years, it remains to be seen how his latest endeavor will play out.