The semiconductor industry has seen some exciting times. The advancement in technology that created new end markets for semiconductors beyond the PC and smartphone space, such as Artificial Intelligence, Internet of Things and autonomous vehicles. This suggests that the demand for semiconductors will remain robust in years to come. In 2017, the semiconductor industry saw a growth of 19% to 20% last year, which was exceptional and many analysts believe that favorable market conditions will persist, even though growth will slow down. For example, Gartner has doubled its revenue growth forecast to 7.5%, projecting the global market to $451 billion.

However, despite the positive industry outlook, semiconductor companies will face a number of challenges. Moore’s law, an observation made in 1965 by Intel Corporation (NASDAQ:INTC) CEO Gordon Moore that predicted that the number of transistors per square inch on integrated circuits would double every two years (later revised to 18 months), is showing signs of slow down, with Intel itself saying that it has slowed down the pace at which it releases new chip-making technology. As physical limitations of semiconductors are starting to apply, chipmakers will have to appeal to software and applications to improve the efficiency of semiconductors. Given that technology like AI, IoT and autonomous vehicles require a lot of computing power, semiconductor companies will have to ramp up their R&D spending in order to deal with the demand.

Cyber security is another issue faced by the semiconductor industry. Earlier this year, the industry made headlines when it was discovered that certain processors have some major security flaws, which would allow attackers to bypass security protocols and read data stored in memory. Tech companies released software to patch the vulnerabilities and semiconductor makers should make it a priority to integrate security protocols at the hardware level without affecting the performance and the security of hardware will remain one of the priorities for chipmakers in the foreseeable future, as attacks become more sophisticated as well. 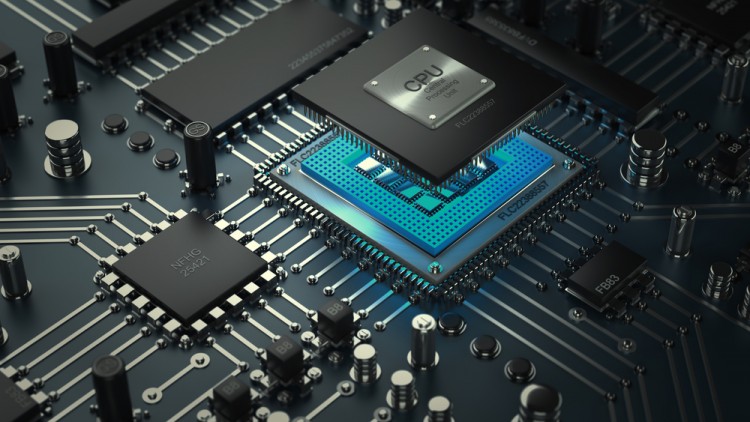 Companies have found one way to both address their challenges and remain relevant in the continuously-evolving semiconductor market: consolidation. In the last several years, we have witnessed a major wave of M&A activity in the semiconductor industry. Among the major deals were the $37 billion Avago – Broadcom Ltd (NASDAQ:AVGO) deal, the acquisition of Freescale by NXP Semiconductors NV (NASDAQ:NXPI) and Intel Corporation (NASDAQ:INTC)’s purchase of Mobileye and Altera in deals worth a combined $32 billion. Some acquisitions are still ongoing, such as QUALCOMM, Inc. (NASDAQ:QCOM)‘s $44 billion bid for NXP Semiconductors NV (NASDAQ:NXPI). The pinnacle of the consolidation wave was considered Broadcom Ltd (NASDAQ:AVGO)’s $117 billion bid to acquire QUALCOMM, Inc. (NASDAQ:QCOM), but the deal was blocked by the White House, citing national security concerns. Given that previously the President had blocked for similar reasons the acquisition of Lattice Semiconductor by Canyon Bridge Capital Partners and the unprecedented amount of deals in the last couple of years, the M&A activity is expected to die down over the next few years. However, the consolidation has provided chipmakers with lots of benefits in terms of economies of scale and diversification, which allowed companies to cut down on costs and expand product lines.

In this way, semiconductor companies look like very good investments, given the optimistic growth prospects and latest trends. Hedge funds are keeping an eye on semiconductors and over the past year have been piling into many companies, particularly those that are among the industry leaders. At Insider Monkey, we monitor the hedge fund sentiment by keeping track of the number of funds invested in several thousand companies at the end of every quarter. Following this activity can help smaller investors beat the market without having to invest in hedge funds. We have developed a strategy that identifies the best small-cap stocks to invest in based on their popularity among best-performing hedge funds. We share the stock picks from our strategy in quarterly premium newsletters. In addition, we have launched a monthly activist newsletter that focuses on one of 140 activist funds and discusses best ways to imitate those hedge funds in eight out of 12 issues (the other four issues provide an analysis of stocks that are most popular among activists).

Having said that, let’s take a closer look at four most popular semiconductor stocks among the hedge funds in our database. We will skip NXP Semiconductors NV (NASDAQ:NXPI), which ranks as the most popular stock, with 92 funds holding shares as of the end of 2017, due to the fact that it is currently being acquired by QUALCOMM, Inc. (NASDAQ:QCOM).

Hedge Funds Are Piling Into These Construction Stocks