A few days ago, Brian Taylor’s Pine River Capital Management, disclosed its equity positions at the U.S. Securities and Exchange Commission. Over the first fiscal quarter of 2014, the fund started 238 new stock positions, increased its stakes in 97 of its preexisting holdings, and sold out of 297 stocks. In this article, I will take a look Pine River’s 13F filing and briefly analyze five of its largest bullish moves. 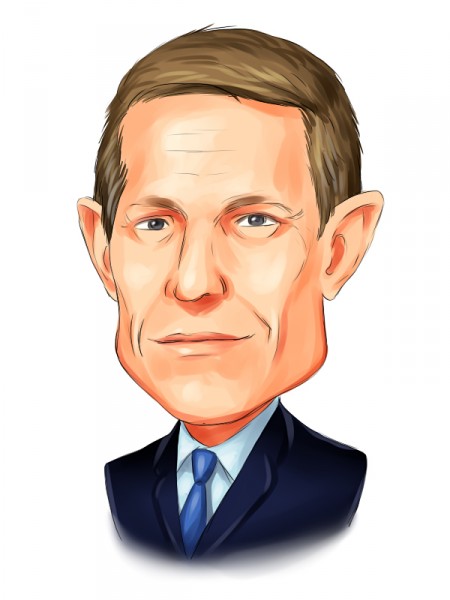 Fist off is Intuitive Surgical, Inc. (NASDAQ:ISRG), a $14 billion market cap designer, manufacturer and marketer of da Vinci Surgical Systems* and related instruments and accessories. Over Q1, Mr. Taylor’s fund started a position in the stock with 265,817 shares, now worth more than $96 million. Even more bullish than Pine River is Samuel Isaly’s Orbimed Advisors, which owns 336,300 shares, worth about $122.5 million, up by more than a threefold in relation to Q4 2013.

The second company in this list is Anadarko Petroleum Corporation (NYSE:APC), a $50 billion market cap oil and gas exploration and production company. Over the last reported quarter, Mr. Taylor increased his stakes in the stock by 77% and now owns 631,300 shares of the company, valued at approximately $62.5 million -the stock price has surged substantially since the end of Q1.

Next is Visa Inc (NYSE:V), the $130 billion market cap payments technology giant. The stock saw Pine River Capital Management boost exposure to this stock 13% over the first quarter. The fund now holds 240,634 shares of the company, worth more than $50 million. On the opposite, the company’s largest hedge fund shareholder, Harris Associates, reduced its stakes at the company by 10%. After selling 472,337 shares over Q1, it owns 3.88 million shares, worth more than $800 million.

Another bullish move took place in relation to EMC Corporation (NYSE:EMC), a $53 billion market cap data storage company. Mr. Taylor’s fund more than tripled its participation in the company over the quarter. It now beneficially owns 1.62 million shares, currently valued at about $42 million. Once again, D E Shaw is amongst the largest hedge fund bulls at the company: the fund also (more than) tripled its stakes in EMC, taking them to 8.7 million shares -$229 million.

Finally there’s Verizon Communications Inc. (NYSE:VZ), a $201 billion market cap provider of communications, information and entertainment products and services. Over Q1, Pine River upped its bets on the company by 917% and now holds 902,640 shares, valued at more than $43 million.

In addition, Jim Simons has almost half a billion dollars invested in Verizon. Over the first fiscal quarter, his fund increased its stakes by 78%, and now holds about 10 million shares. Very similar is Warren Buffet’s case, who has also invested about half a billion dollars in it. As we reported in a previous article, this is Mr. Buffett’s largest new position for Q1.

Pine River Capital Management is a Minnesota-based, 100% employee owned hedge fund with offices in New York, London, Beijing, Hong Kong, Shenzhen, San Francisco and Austin. Its equity portfolio, worth more than $6.4 billion, is mainly focused on financial stocks (about 27% of the total), ETFs (21%) and technology (15%).

* A da Vinci Surgical System consists of a surgeon’s console, a patient-side cart and a high performance vision system.

What are the Two of the Best Hedge Fund Managers of 2013 Buying?