Mansa Musa vs. Genghis Khan: Who Is The Richest Man in History?

Mansa Musa vs. Genghis Khan: who is the richest man in history?

Money, money, money–do you every get to aspirational daydreaming about being King Midas?  Only to realize that King Midas never lived? Today, we took at look at some real-life King Midas’ below!

It might sound pointless for most of us, especially for millennials eking out their rent each month, when the richest man we know is Bill Gates. Sure, he has topped the Billionaire’s List for many consecutive years, along with other consistent names in today’s wealth race. However, what is interesting here is what it means to be the richest.  There has been an evolution of what wealth can help one to acquire–from land to services to life itself. Healthcare and modern medicine leave a vast margin in “richness” between the richest men many centuries ago who couldn’t die from a paper cut and the Bill Gates’ and Warren Buffett’s of our time.

The people topping the richest men of today secured their spots mostly thanks to technology. Bill Gates, for one, has amassed his $75b net worth from tech ventures including, of course, Microsoft. Mark Zuckerberg, 2016’s 6th richest man, made it to the top because of Facebook’s success. Even before technology and economy ruled the world, there are people–conquers in both the literal and figurative sense–who managed to amass a fortune that is truly impressive.

While they may not be rich in the sense of our methodology–two of the most notable richest men in history are Mansa Musa and Genghis Khan. So consider Mansa Musa vs. Genghis Khan: Who Is The Richest Man in History?

One of the most popular emperors (Mansa) in 1324, several studies–The Daily News, The Daily Mail, The Independent–of the richest people to have ever walked the earth point to Mansa Musa as the one person with the most wealth ever known.

Business Insider researched to found how Mansa oversaw and ruled over many lands. Some of his kingdoms included countries known today as: Nigeria, Mali, Senegal, Gambia, Guinea, Mauritania, Niger, and Burkina Faso. The same research said he always traveled luxuriously, with an extravagant entourage of tens of thousands of slaves, soldiers, and civilians. Mansa Musa also had camels and horses that brought his enormous stock of gold bars.

In the 14th century, he was said to rule the entire Mali empire, and had with him half the world’s supply of gold. According to Cheatsheet, his fortune was worth a whopping $400 billion. When you think of it in today’s perspective, that is even four times more of what today’s richest man is currently worth.

He was also popular during his time–learning the lesson all the best/worst politicians know to be true–you can buy public opinion.  He was said to give his money to the poor living in the cities he frequented, and that he built mosques or had them built all over his Mali Empire. He was known to spend much in both Medina and Cairo, which then resulted in an influx of basic commodities’ prices.

Perhaps more popular than Mansa Musa, Genghis Khan made his own mark in world history as the leader of the Mongolian people. During his war, he was said to conquer 12 million square miles of land. Those measurements outdo everyone’s achievement in history.

Like Mansa Musa, Genghis Khan was also known to be generous with some of his people. He handed out his riches among them. Khan’s fortune had a peak net worth of $100 trillion. 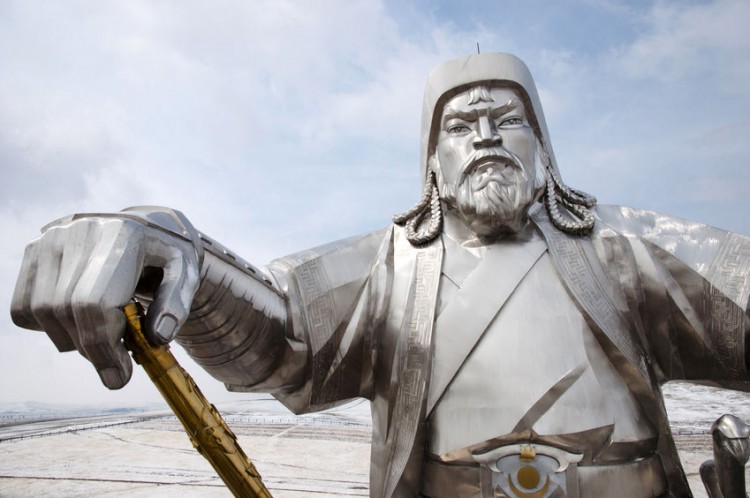 Now, one could argue Genghis Khan has more wealth than Mansa Musa. However, there is no good evidence available to authenticate claims on Genghis Khan’s net worth. Because his loot is believed to have been redistributed, and record of this point in history have been distorted and destroyed–it is difficult for economists and historians alike to truly be certain of his wealth.

Additionally, as stated earlier Genghis Khan and Mansa Musa did not have access to most luxuries of even the average or below average earning American worker. In a sense you are richer than both of them–better healthcare, better food, more comfortable living conditions, etc. Therefore the richest people living today can truly be considered the richest men in history more so than our earlier question of Mansa Musa vs. Genghis Khan: Who is the richest man in history?

After you go through our list below, be sure to check 11 Richest Arabs in the World to compare their wealth!

Now, let’s finally start with listing the wealthiest men in the world!