Have you ever wondered what the fastest jets in the world are, and just how fast they can go? Then you’ve come to the right list. High speed is one of the most thrilling experiences the human body can feel. Adrenaline, adventure and excitement are contained in those moments when we go really fast. Ever since the Wright brothers made the first sustained air flight in 1903, aviation has developed rapidly, building amazing planes with advanced engineering and technology. Of course one of the major promoters of aircraft development has been the military industry. Some of the most advanced jets have been designed in response to the world’s demand for faster war machines, using more powerful engines and reducing drag through aerodynamic engineering. 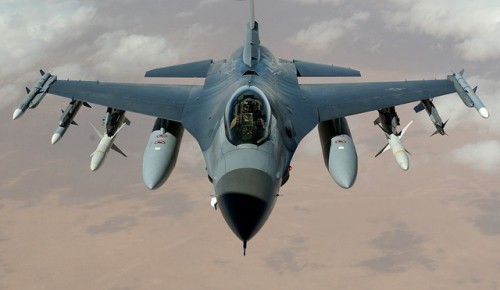 The first super-fast aircraft were built using aluminum and magnesium, with mechanical linkages. Today, aircraft incorporate carbon and graphite composite materials, along with magnesium alloys and specially formulated steel. Moreover, so as to develop a whole new generation of supersonic jets, engineers have studied and discovered the “area rule”, which has led to the development of aircraft in which the contouring of its fuselage has the lowest possible transonic wave drag. Furthermore, the power of these planes’ engines was boosted amazingly, and its electronics controls, computers and fly-by-wire have made the flying more precise and exact.

Some fast aircraft have gained a place in history. The Lockheed SR-71, known as the “Blackbird”, is the fastest jet ever built. It operated in secrecy from 1966 to 1998, and it was flown only by a few elite pilots of the U.S. Air Force. When this jet was designed, it was so far ahead of its time that even its own pilots thought it looked like a spaceship. This aircraft has a typical cruising speed of Mach 3.2. Not much is known yet about the Blackbird, and some mysteries surround its development and existence, such as whether it is still operating or not. Although it doesn’t reach the list of 7 of the Most Scary Urban Legends in the World to Keep You Up at Night, this aircraft does have an enigmatic reputation and has become somewhat of an urban legend.

Now then, let’s take a look at our current list and find out which of these fastest jets in the world can grant the most thrilling experience of a lifetime (for expert pilots, of course…).

This plane was designed in the 1960s by the USAF, and it is still being utilized by the Royal Australian Air Force. This aircraft introduced a series of technological advances, which cleared the path for and stimulated the development of a new series of high-speed jets.

If you think 1,650 mph is insane speed, just wait until you see how fast the rest of the fastest jets in the world can go. Check them out on the next pages.