Is The Descartes Systems Group Inc (DSGX) A Good Stock To Buy?

In these volatile markets we scrutinize hedge fund filings to get a reading on which direction each stock might be going. Keeping this in mind, let’s take a look at whether The Descartes Systems Group Inc (NASDAQ:DSGX) is a good investment right now. We like to check what the smart money thinks first before doing extensive research on a given stock. Although there have been several high profile failed hedge fund picks, the consensus picks among hedge fund investors have historically outperformed the market after adjusting for known risk attributes. It’s not surprising given that hedge funds have access to better information and more resources to predict the winners in the stock market.

The Descartes Systems Group Inc (NASDAQ:DSGX) has seen a decrease in support from the world’s most elite money managers lately. DSGX was in 12 hedge funds’ portfolios at the end of the fourth quarter of 2019. There were 14 hedge funds in our database with DSGX positions at the end of the previous quarter. Our calculations also showed that DSGX isn’t among the 30 most popular stocks among hedge funds (click for Q4 rankings and see the video at the end of this article for Q3 rankings). 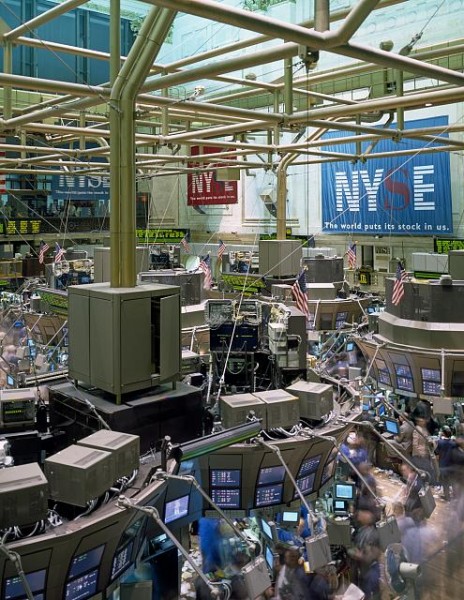 We leave no stone unturned when looking for the next great investment idea. For example we recently identified a stock that trades 25% below the net cash on its balance sheet. We read hedge fund investor letters and listen to stock pitches at hedge fund conferences, and go through short-term trade recommendations like this one. We even check out the recommendations of services with hard to believe track records. Our best call in 2020 was shorting the market when S&P 500 was trading at 3150 after realizing the coronavirus pandemic’s significance before most investors. Now let’s check out the new hedge fund action regarding The Descartes Systems Group Inc (NASDAQ:DSGX).

How have hedgies been trading The Descartes Systems Group Inc (NASDAQ:DSGX)?

Heading into the first quarter of 2020, a total of 12 of the hedge funds tracked by Insider Monkey were long this stock, a change of -14% from the third quarter of 2019. Below, you can check out the change in hedge fund sentiment towards DSGX over the last 18 quarters. With hedge funds’ capital changing hands, there exists an “upper tier” of key hedge fund managers who were boosting their holdings meaningfully (or already accumulated large positions). 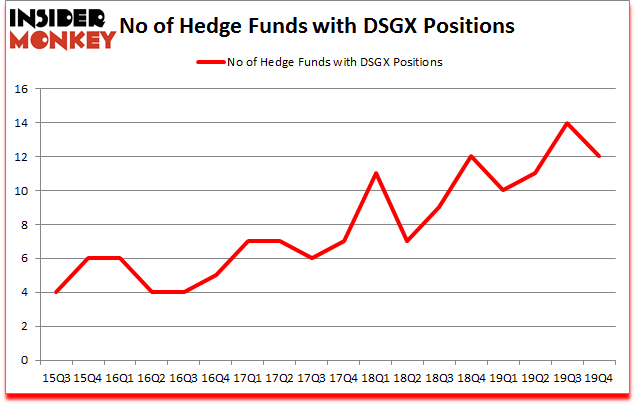 Seeing as The Descartes Systems Group Inc (NASDAQ:DSGX) has experienced a decline in interest from the aggregate hedge fund industry, we can see that there was a specific group of fund managers that decided to sell off their full holdings last quarter. It’s worth mentioning that Israel Englander’s Millennium Management dumped the biggest stake of the 750 funds followed by Insider Monkey, totaling an estimated $5 million in stock, and Peter Rathjens, Bruce Clarke and John Campbell’s Arrowstreet Capital was right behind this move, as the fund dropped about $1.8 million worth. These moves are interesting, as total hedge fund interest was cut by 2 funds last quarter.

As you can see these stocks had an average of 19 hedge funds with bullish positions and the average amount invested in these stocks was $173 million. That figure was $97 million in DSGX’s case. FireEye Inc (NASDAQ:FEYE) is the most popular stock in this table. On the other hand Embraer SA (NYSE:ERJ) is the least popular one with only 14 bullish hedge fund positions. Compared to these stocks The Descartes Systems Group Inc (NASDAQ:DSGX) is even less popular than ERJ. Hedge funds dodged a bullet by taking a bearish stance towards DSGX. Our calculations showed that the top 20 most popular hedge fund stocks returned 41.3% in 2019 and outperformed the S&P 500 ETF (SPY) by 10.1 percentage points. These stocks lost 17.4% in 2020 through March 25th but managed to beat the market by 5.5 percentage points. Unfortunately DSGX wasn’t nearly as popular as these 20 stocks (hedge fund sentiment was very bearish); DSGX investors were disappointed as the stock returned -24.4% during the same time period and underperformed the market. If you are interested in investing in large cap stocks with huge upside potential, you should check out the top 20 most popular stocks among hedge funds as most of these stocks already outperformed the market so far in Q1.