Right now 2 million Americans are infected with the coronavirus. The total U.S. death toll by April 15th will be more than 20,000. We estimate that 80 thousand of the 2 million infected Americans will be hospitalized over the next 2 weeks. That’s why we are short-term bullish on hospital stocks.

Everything I said about the Coronavirus COVID-19 in February happened, Now I’m telling you this:

Since my last few newsletters to you, I have updated our models, done more research and we now have better estimates.

Three parameter estimates are needed to predict the number of infections and number of deaths over the next 3 weeks: infection fatality rate, infection growth rate, and the number of days between initial infection and resolution (either death or recovery) of the infection.

1. We now estimate that the coronavirus’s fatality rate is ~0.8%. This means 1 out of every 125 infected people will die. We know that almost all countries had problems with testing and identifying all infected people. There are two exceptions to this: South Korea and Japan’s Princess Diamond cruise ship.

South Korea tested more than 320,000 people and identified 8652 infections. The total number of deaths was 94. This means South Korea’s case fatality rate is 1.09%. We believe there are still a considerable number of South Koreans who were asymptomatic and weren’t tested. So, we estimate that the actual fatality rate is anywhere from 0.5% and 1%. 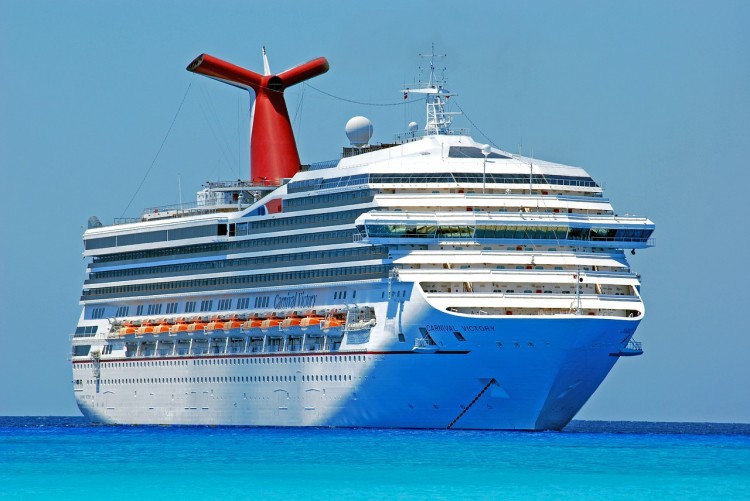 2. This paper estimates that an infection takes around 23-24 days to resolve. The first 5-6 days the patient doesn’t show any symptoms. It takes an average of 5 days between the onset of symptoms and hospitalization. Finally it takes about 2 weeks between hospitalization and death (about 10 days in ICU).

So, here is my simple mathematical model.

For the sake of argument, I am going to assume that all 205 American deaths occurred on March 19th and all of these people were infected on February 25th (this assumption simplifies calculations, we don’t need a complex model to have a thorough understanding of what is going on).

Our estimate for the fatality rate is 0.8%; this means for every death we have 125 infections. Since we have 205 total deaths, there must have been 205 times 125 total infections on February 25th. That’s 25,625 infected people. If you understand this part of the calculation, the rest of our analysis is pretty straightforward.

Do you see start to see the gravity of the situation? There were 100K infected people on March 2nd in America. We know that 0.8% of these people will die by March 26th. That means our death toll will be 800 on March 26th [you can verify the accuracy of our model on March 26th by comparing the actual death toll to our estimate].

Our model tells us that the number of infections doubled again on March 5th, reaching 200,000.

These calculations imply that the American death toll will be 12,800 on April 7th. To put that in perspective, yesterday, the total death toll in Italy was 3400 and 3000 in China.

I know that these are just estimates, but even if my estimates are off by 50%, we will have still twice as many coronavirus deaths as China 2.5 weeks from now.

The good news is that we started cancelling schools and closing down restaurants around March 14th. So, the number of total US infections isn’t doubling every 3 days anymore. Unfortunately, the horse is already out of the barn. As of March 14th, one out of every 200 Americans is already infected.

Italy put the entire country under lockdown 12 days ago, yet its death toll is still increasing exponentially. That’s because there is a 24 day lag between an infection and its resolution. We haven’t put our country under a lockdown yet.

Except a few educated people, no one has any idea that there are already around 2 million infected people in America today and the American death toll will exceed 15,000 in just 24 days. If we don’t take strict measures, we will be reporting 1000 deaths per day in just 3 weeks.

This is a mathematical certainty. It is inevitable.

China taught us how to contain the coronavirus outbreak. We have to put the entire country under a strict lockdown.

We don’t think Donald Trump can postpone this decision beyond the middle of April. I am certain the entire country will be under quarantine in the next four weeks, and hopefully much sooner than that.

In terms of the stock market, we don’t think stock prices are currently reflective of the possibility of a daily death toll of over 1,000 and a national lockdown for a period of a couple of months.

Assuming that we were able to put an end to the coronavirus outbreak after a 2 month lockdown, we will still have to implement strict quarantine measures towards international travelers. Tourism accounts for 2.9% of our GDP. We will have to deal with high unemployment figures, bankruptcies, and ballooning budget deficits for some time to come.

Donald Trump is already trying to shift the blame to China. The virus was a surprise for the Chinese, yet they managed to limit its death toll to 3000. Donald Trump knew about the virus in early January. He had weeks to prepare for it, yet he failed to protect us.

Biden doesn’t have to be a marketing genius to blame Donald Trump for the death of 20,000+ Americans.  He could very well label the recession as the “Trump Recession”. That’s why I believe Trump will lose the election and the stock market will start pricing the possibility of corporate tax rate increases pretty soon.

The bad news is that almost every country in the world will experience a recession. China was able to contain the virus, but its economy will probably experience a recession as well. Even if China bounces back quickly from being shut down for a number if weeks, its economy works in collaboration with the world economy. When individual countries falter economically, the world’s largest economy in China will also fall. In February, retail sales in China declined more than 20%, industrial production fell 13.5%, and fixed investments plunged 24.5%. Now, the U.S., Europe, India, Russia, Mexico, Canada, and Brazil will go through the same process.

Do you think this is going to be an average recession?

Another obvious but not yet utilized way of hedging your portfolio is hospital stocks. We estimate that 80 thousand of the 2 million infected Americans will be hospitalized over the next 2 weeks (a hospitalization rate of 4%). There are 46,825 medical-surgical intensive care beds in the U.S. according to American Hospital Association. This means we are going to hit the ICU bed capacity especially in the counties that already account for most of the cases in the U.S.

Hospital stocks will financially benefit from near 100% utilization rates because usually their utilization rates hover around 50%. AHA already started lobbying the Congress for a $100 billion spending package to help hospitals with fighting the coronavirus outbreak. That’s why we are short-term bullish on hospital stocks like Tenet Healthcare (NYSE:THC), HCA Healthcare Inc (NYSE:HCA), and Universal Health Services, Inc. (NYSE:UHS). If you don’t want to expose your portfolio to individual stock risk, then the simplest way of hedging is a short position in SPDR S&P 500 ETF Trust (NYSE:SPY) or Invesco QQQ Trust (QQQ).

Update 1 (March 21, 2020): The number of deaths on the Princess Diamond cruise ship increased to 8. The case fatality rate for this group is 1.12%. This doesn’t change any of our parameters or estimates. We still expect to see around 800 coronavirus deaths in the U.S. by the end of March 26th.