In today’s marketplace, there are tons of gauges market participants can use to analyze publicly traded companies. Two of the most underrated are hedge fund and insider trading sentiment. At Insider Monkey, our studies have shown that, historically, those who follow the top picks of the best fund managers can outperform their index-focused peers by a very impressive amount (see just how much).

Equally as important, optimistic insider trading sentiment is another way to break down the world of equities. Just as you’d expect, there are many incentives for a corporate insider to downsize shares of his or her company, but only one, very simple reason why they would initiate a purchase. Several empirical studies have demonstrated the valuable potential of this strategy if piggybackers understand where to look (learn more here).

With these “truths” under our belt, let’s take a peek at the latest action regarding National Bank Holdings Corp (NYSE:NBHC).

At Q1’s end, a total of 21 of the hedge funds we track were long in this stock, a change of 11% from one quarter earlier. With hedgies’ sentiment swirling, there exists an “upper tier” of notable hedge fund managers who were boosting their stakes considerably. 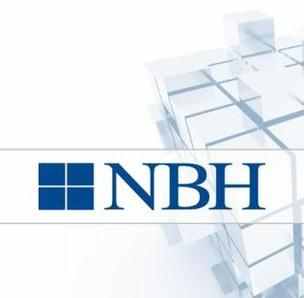 When looking at the hedgies we track, Paul Singer’s Elliott Management had the biggest position in National Bank Holdings Corp (NYSE:NBHC), worth close to $68 million, comprising 1.4% of its total 13F portfolio. The second largest stake is held by Paulson & Co, managed by John Paulson, which held a $39.8 million position; the fund has 0.2% of its 13F portfolio invested in the stock. Remaining peers with similar optimism include Frank Brosens’s Taconic Capital, Thomas Steyer’s Farallon Capital and Jamie Zimmerman’s Litespeed Management.

Now, key money managers have been driving this bullishness. QVT Financial, managed by Daniel Gold, created the most outsized position in National Bank Holdings Corp (NYSE:NBHC). QVT Financial had 7.6 million invested in the company at the end of the quarter. David Einhorn’s Greenlight Capital also initiated a $6.1 million position during the quarter. The other funds with new positions in the stock are Howard Guberman’s Gruss Asset Management, Israel Englander’s Millennium Management, and Mike Vranos’s Ellington.

Bullish insider trading is at its handiest when the company in focus has experienced transactions within the past 180 days. Over the latest half-year time period, National Bank Holdings Corp (NYSE:NBHC) has experienced 1 unique insiders buying, and zero insider sales (see the details of insider trades here).

This Metric Says You Are Smart to Sell Hartford Financial Services Group Inc...

Boise Inc. (BZ): Are Hedge Funds Right About This Stock?

Should You Buy Aetna Inc. (AET)?