It’s also basically what Paul Singer and other hedge fund managers suing Argentina for $1.4 billion of sovereign debt are experiencing this week. Yes, Singer lost the naval vessel he seized from Argentina as collateral last fall, but since then things have gotten better for him. On Sunday, Singer might have even thought he’d won. His lawyers had filed a brief rejecting Argentina’s payment plan (which looked like payment plans the country had submitted before) and the ball was rolling along. Then there was Monday. As the NY Post reports, that’s when Singer and co. were forced to file a brief telling Italy to back up off their money. Apparently, Argentina owes Italy money as well, so the Italians filed a brief saying that if Singer gets his money in full, they want theirs in full too.

Lansdowne Dumps Prudential Short After Four Years (FINalternatives)
Lansdowne Partners is throwing in the towel on Prudential Financial Inc (NYSE:PRU). The hedge fund has been shorting the insurer’s shares for more than four years. The bet has proven a disaster: Pru’s shares have doubled since Lansdowne opened its position, during or before January 2009. And thing’s won’t be getting any better for Lansdowne or worse for Pru, the hedge fund told clients this month. Lansdowne said it had determined that Pru shares are unlikely to fall “any time soon.”

Hedge Funders Say It’s ‘A Badge Of Honor’ To Be Targeted By ‘Thuggish’ Teachers Unions (Business Insider)
The American Federation of Teachers, a labor union that represents teachers, is going after a bunch of hedge funders who support education reform. The AFT document explicitly states that it’s not intended for “one-time publication” and that other donors and organizations will be included in future reports. One money manager, who wished to remain anonymous, commented that the AFT’s actions may intimidate some money managers into adopting a lower profile, while others view their inclusion on the list as a “badge of honor.” Some view the AFT’s actions as being “thuggish.” Union pension funds control enormous amounts of capital, so being on their blacklist could really hit money managers in their pocketbooks.

Hedge Fund Pay Lures Bankers Amid Regulation, Deutsche Bank Says (Financial Advisor Magazine)
Hedge funds are luring bankers with prospects for better pay and will probably benefit as stricter capital rules push lenders to give up some businesses, Deutsche Bank AG (USA) (NYSE:DB) Chief Financial Officer Stefan Krause said. “There are businesses based on our capital regulation we’ll not be able to do” that “hedge funds will be able to,” Krause, 50, said today at a conference in Berlin. “If I had to bet who is going to benefit the most post-crisis from the asset appreciation you have coming, then certainly hedge funds.” Investment banks are exiting some businesses as they become unprofitable because of planned capital rules designed to avoid a repeat of the taxpayer-funded bailouts that followed the 2007 meltdown of the U.S. housing market. 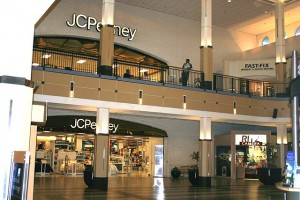 A market-moving update, George Soros’s Soros Fund Management bought 17,386,361 shares of J.C. Penney Company, Inc. (NYSE:JCP) in a 13G filing with the Securities and Exchange Commission, via the agency’s Edgar system. Altogether, the position in J.C. Penney is worth $282.7 million. This is a new position for Soros, and if we take the values of the hedge fund manager’s entire 13F portfolio reported heading into 2013, J.C. Penney Company, Inc. (NYSE:JCP) now represents a top-three equity holding for Soros and his team.

Two Renaissance Technologies funds post declines (Financial News)
Two funds run by Renaissance Technologies, the giant hedge fund firm founded three decades ago by mathematician James Simon and now headed by two of his lieutenants, have stumbled in April, with one fund losing about 6% in the month. A $740m futures fund called the Renaissance Institutional Futures Fund dropped more than 6% in the first 12 days of April and is down about 6% for the month, said investors. The performance is among the worst…