Headquartered in Connecticut, Sarissa Capital Management was founded by Alexander J. Denner in 2012. Prior to this, Mr. Denner worked as a portfolio manager at Andreas Halvorsen’s Viking Global and as Senior Managing Director at Carl Icahn’s Icahn Capital LP. Sarissa Capital Management investments are mainly in the healthcare industry, as its latest 13F filing showed. 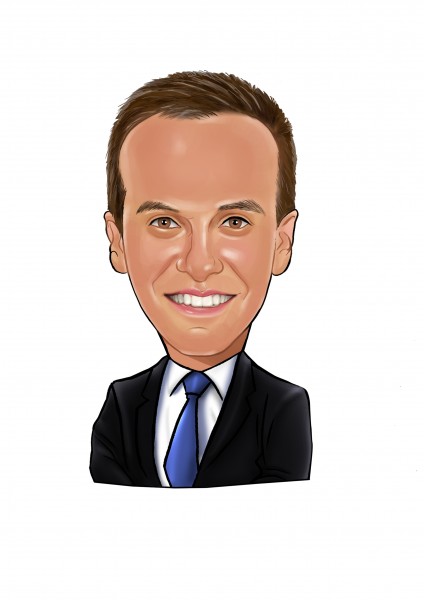 As a part of our small-cap strategy, we analyze the equity portfolios of over 700 hedge funds and identify the most popular companies among them with a market capitalization of between $1.0 and $5.0 billion. The strategy is supported by strong backtest results, which showed that a portfolio of the 15 most popular small-cap picks among hedge funds managed to outperform the market by 1.0 percentage points per month, while the most popular large-cap picks underperformed the market by around 7.0 basis points. Another point that supports the successful outcome of our strategy are the gains of 132% in the last 2.5 years, which beat the S&P 500 ETF (SPY)’s returns by around 80 percentage points (read more details here).

Let’s take a closer look at some of the positions in Sarissa Capital’s equity portfolio, with the fund’s top five picks posting an average return of 8% in the first quarter 2015, while the S&P 500 ETF (SPY) inched up by 0.9% during the same period. According to its latest 13F, Ariad Pharmaceuticals, Inc. (NASDAQ:ARIA), Quest Diagnostics Inc (NYSE:DGX), and Amgen, Inc. (NASDAQ:AMGN) remained the top three positions of the fund.

Sarissa Capital’s largest stake is represented by Ariad Pharmaceuticals, Inc. (NASDAQ:ARIA), a global oncology company, in which the investor holds a stake equal to 31.24% of its equity portfolio. The position contains nearly 12.85 million shares, valued at $88.28 million as of the end of 2014. The company posted a sevenfold increase in revenue for the fourth quarter 2014 to $67 million, and narrowed its net loss to $0.03 per share, compared to a net loss of $0.40 per share for the same period of the previous year. Amid the news, the company’s stock rallied by 19.94% during the first quarter of 2015. Other major investors who benefitted from betting on Ariad Pharmaceuticals are Adage Capital Management holding 8.3 million shares and Stephen Dubois’s Camber Capital Management, owning 7.5 million shares.

Next in line is Quest Diagnostics Inc (NYSE:DGX), a global provider of diagnostic information services, in which Sarissa Capital owns 775,000 shares with a value of $51.97 million, constituting 18.4% of its equity portfolio. The fund established the original position in the company during the fourth quarter of 2013, with 700,000 shares, and increased its position in the following quarter by 75,000 shares. Mr. Denner’s investment in Quest Diagnostics Inc (NYSE:DGX) paid off as the stock delivered returns of almost 24% during 2014, and 15.15% in the first quarter of 2015. Strong financial results also supported the momentum, with the company posting a revenue growth of 4%, to $7.4 billion for 2014. The company authorized a 15% increase in its quarterly dividend to $0.38 per share, which gives it a yield of 1.84%.  Moreover, Quest Diagnostics expects a revenue growth between 2% and 3% on the year in 2015. Ken Griffin’s Citadel Investment Group, and Israel Englander’s Millennium Management are among the largest shareholders of Quest Diagnostics Inc. (NYSE:DGX) holding multi-million dollar stakes as of the end of the last year.

Activism Is Here To Stay: Corvex Capital’s Top Picks Bring In A Whopping...