Wedgewood Partners, a Missouri-based investment advisory firm, is bullish on, Apple Inc. (NASDAQ:AAPL) which had a good year in 2017. In its Q4 investor letter (you can download a copy here), the investment firm discussed Apple, saying that the iPhone maker is in a strong position to make more money and growth in 2018. According to the firm’s letter to investors, Apple’s Services segment is becoming is a massive business, now having the size of a Fortune 100 business. The letter also talked about iPhone X, iPads, Apple Watch, Mac, and Apple’s growth in China. In this article, we’ll take a look at Wedgewood’s thesis on the Cupertino-based technology giant.

Here is everything that Wedgewood said about Apple:

Apple enjoyed a stellar 2017 on both the product front and on the financial front. Revenue growth accelerated all four quarters in 2017. The Company’s fiscal year-end (September) ended on a high note of record revenue across all product categories, plus notable product momentum and market share gains in most products and in most geographies around the globe. China was notable, with market share gains for iPhone, iPad and the Mac. Specifically, Apple posted record revenue in China for its services business and the Mac. The Company’s fiscal fourth quarter posted record year-over-year September revenue of $52.6 billion (+12%) and record earnings per share of $2.07 (+24%).

Talking about the iPhone, Wedgewood said:

The surprise over the next couple of years might be a spike in iPhone ASPs. Apple could well sell 250 million iPhones each year over the next three years. As the user base (plus new users) upgrades to the iPhone 8 and the iPhone X, ASPs could easily exceed $700 – and even approach $750. The Company now offers six iPhone configurations between $650 and $850 – iPhone 7 and 8. The iPhone X (currently $1,000 to $1,150) really gets into ASPs next year.

As we all know, China is a very important market for Apple and other western companies – but at the same time it is a difficult market due to government hurdles and other issues. Apple, like other companies, faced problems in China, but, according to the Wedgewood’s letter, the iPhone maker has been improving its position in the world’s second-largest economy.

Further, Wedgewood believes that the iPhone X isn’t a revolutionary product but is evolutionary.

Again, the iPhone X may not be revolutionary, but it does represent a paradigm shift in software interaction and presents the pathway for the development by both Apple and outside developers in the new, new world of augmented reality. Relatedly, last September Apple announced their latest processor, the neural engine A11 Bionic chip. This 4.3 billion transistor, 6-core chip is notable not only for its power (exceeding the power of current laptop PCs), but also the inclusion of the Company’s first-designed GPU solution. Following this processor roadmap, 2018 could bring the announcement of a system on a chip (SOC) that offers hardware acceleration for artificial intelligence (AI) processing.

Additionally, the investment firm is happy with the performance of Apple Watch, iPad, Mac, and the company’s Services business in 2017.

The iPad was awakened from its multiyear slumber in 2017. A mix of the larger, 10.5-inch iPad Pro, plus more attractive price points for the 9.7-inch iPad reignited growth. In all, iPad sales were up +15% in fiscal 2017 and the iPad global market share rebounded to 4-year highs.

2017 was a significant year for Apple Watch. Apple reports that their Wearables (Watch, AirPods and Beats headphones) business in units was up +75% year-over-year in the fourth quarter of fiscal 2017 – and was now the size of a Fortune 400 business. Apple Watch ended the fiscal year having grown at +50% for three consecutive quarters. As 2018 rolls in, Apple Watch’s revenue run-rate looks to be approaching $5.5 billion – driven by the launch of the LTE cellular-enabled Series 3 Watch, as well as repositioning the Watch as a best-in-class cardiovascular wearable. All told, the Company sold 18 million watches in 2017 – and has sold 33 million since its initial launch. The Watch story could well be in the very early innings of growth, as the adoption of the Watch within the iPhone user base is just 5%.

Apple’s Services business may have been the bright spot during 2017. Long in the making, Services is the glue of Apple’s incredible ecosystem. Key elements of the Services business – App Store, iCloud, AppleCare, Apple Pay, Apple Music, plus add in Apple Maps and Siri – are the connective tissue between the Company’s connected hardware to enhance the customer experience.

Services revenue reached an all-time quarterly record of $8.5 billion last quarter (+34%) – reaching a $30 billion annual run-rate. The business is now the size of a Fortune 100 business. Across all of the Company’s Services offerings, the number of paid subscriptions has reached 210 million. Paid subscriptions for Apple Music have reached 30 million in just 27 months – it took Spotify 74 months to reach that mark. Over the course of 2017, Apple Pay users have doubled and annual transactions went up +330%. The AppStore set a new record in 2017 and enters 2018 as the Company’s fastest-growing and highest-margin business. The Company’s AppStore gross margin is as high as 90% on Net Apps purchases.

In sum, we hope to convey that the State of Apple is quite healthy – and growing.  Recall that the Company’s recent financial peak was fiscal 2015 when the Company generated  $81.3 billion in operating cash flow. We expect that level to be breached in the next couple of years. Capital spending has clocked in around  $13  billion over the past few years. Even if the Company spends $45 billion in capex over the next three years, the Company will generate many billions more than they need to keep the lights on. iCash indeed! 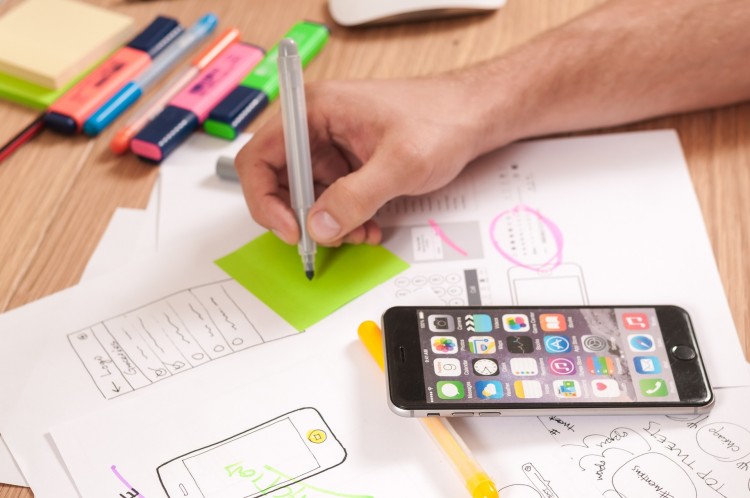 Apple Inc. (NASDAQ:AAPL) is one of the most popular stocks among the hedge funds tracked by Insider Monkey. According to our database, AAPL was held by 109 funds at the end of the third quarter. The record shows 115 funds were betting on the iPhone maker at the end of the second quarter of the last year.

Ripple, Bitcoin, Ethereum, and a Lot More from the World of Cryptocurrencies...