The holidays are almost upon us and this is the perfect time to read up on the best VR headsets to buy for Christmas.

The idea of virtual reality headsets are nothing new, in the 90s the video game industry tried to implement such devices, but the technology just wasn’t there yet. But things have changed a lot since then, and smartphones and breakthroughs in high resolution display technology have now made it possible for everyone to own and experience such technology. There are two types of main stream virtual reality headsets available right now: tethered and mobile. The tethered version of the VR headset is much more capable as it houses it’s own hardware and has to be powered by a high-end computer. On the other hand, the mobile VR headsets are much cheaper and very easy to use. You basically plug in your smartphone in the device, and run VR supported apps on it. But, your experience depends largely on the capability of your smartphone. Virtual reality headset for iPhone and Virtual reality headset for Samsung smartphones are some of the most popular in the market. 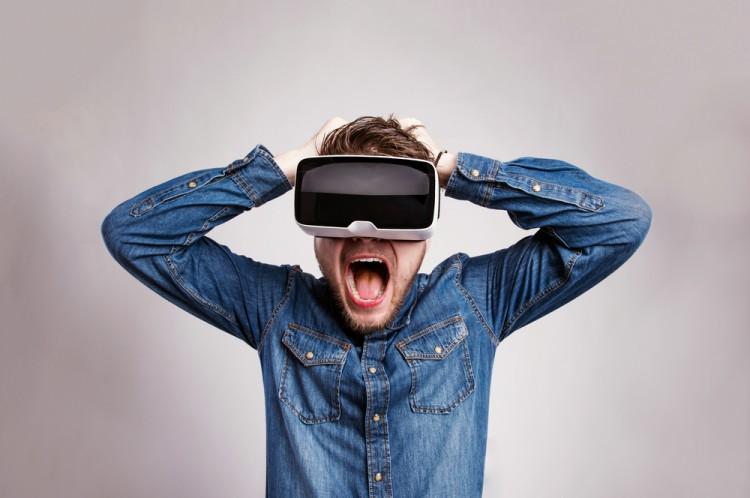 As of now the most common form of VR apps are games, and speaking of games, the top end VR headsets are all designed with one thing in mind that is the ultimate gaming experience. The virtual reality headset for ps4 or Sony PlayStation VR and virtual reality headsets for PC like the oculus rift and HTC vive are proving to be really successful products. However, the only drawback to these devices is their very high price.However, these devices have proven themselves to be more than a gimmick and an actual interactive medium of entertainment that work really well. If you can afford it, then you should definitely go for these high-end VR headsets for the best experience, be it as a gift for Christmas to someone or for yourself. However, if you are on a budget, you should be able to pick up some VR headsets for dirt cheap on Amazon. Check out 10 Cool Tech Gifts and Gadgets to Buy on Amazon Under 100 Dollars to learn more.

If you are a smartphone person, then you have a lot of options for VR headsets as well. Depending on the model of your smartphone, the smartphone-based VR headsets can be bought for a relatively cheaper price as well. If you won a Samsung S5 or S6, then you should checkout 6 Best VR Headsets To Buy For Samsung S5 and S6. Now that the premise has been set, it is time to talk a bit about our ranking methodology. The first part of any research project is data collection, and for that, we sought help from various websites, like The Verge, PC Gamer, and Amazon. We also put Google’s trusty search engine through its paces for any additional information we bedded.

The second and most important phase of our article is the ranking. For that, we used Amazon’s rating system. After all, virtual reality headsets are all about the experience. If the users are satisfied with the products they purchase with their hard earned money, we can stand behind that. So basically the higher the rating a said VR headset has received on Amazon, we ranked it higher on our list as well. You should go for the one with the highest rated headset in our list in your budget, and you will be fine.

Let’s get our list of best VR headsets to buy for Christmas started.