It is that time of the year, when we bring you the easiest Christmas songs to play on guitar. OK, we know it is very early, but you’ll have enough time to practice these songs until the holidays.

I know everyone loves Christmas because of all gift giving, people being in the good mood and cheerful. It is the time when families and friends get together and enjoy each other’s company. But the Christmas songs (carols) are also a big part of the holiday.  Everyone likes to sing them, from kids to older generations. Everywhere you go you can hear “Jingle Bells” or “We Wish You a Merry Christmas”. Did you know that Christmas songs can be traced back to ancient Rome? Ok, those were mostly hymns, but they began the tradition. Christmas songs that we know today appeared around the 19th century when they were popularized by Christmas music books and later by choirs. 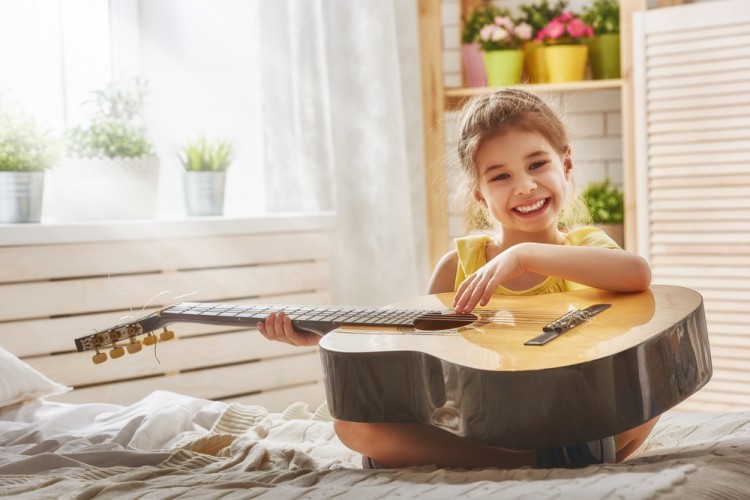 As Christmas became more commercialized, prominent music acts started recording their own versions of the Christmas songs. There are also those who made the original songs revolving around Christmas themes.  Everyone has their favorite, and I personally like The Wham!’s “Last Christmas”. The first time it pops on the radio I know that the holidays have started without even looking on the calendar. In case you are wondering which is America’s favorite commercial Christmas song, it is Mariah Carry’s “All I Want for Christmas Is You”, at least according to the Billboard. Now, you should know that these types of songs didn’t make it on our list. We decided to go with the traditional ones, mostly because they are so easy to play. Almost all of them use a small number of chords, within the group of basic chords. The general advice is to just follow the tune and strum accordingly. If you are more into playing contemporary music, check out our list of 7 Easiest Bob Dylan Songs to Play on Guitar.