If you are just starting to play guitar, then you might want to pay attention to our list of the easiest Bob Dylan songs to play on guitar.

I can’t say I always loved Bob Dylan’s music. When I was young, I preferred heavier and faster tunes, so Bob Dylan’s ramblings and softer approach weren’t the things that appealed to me. I noticed, however, as I got older, I listened to Bob Dylan more frequently. Especially when I discovered Blood on the Tracks album which contains some of my favorite songs. It must have been the fact that I started paying more attention to the words, and realized that Dylan was a lyricist genius. That was proven when he received Nobel Prize in Literature in 2016. One great thing about being a fan of his music is that he recorded 38 studio albums, so you’ll always have something to listen. This is without counting all those countless bootleg recordings and live albums. 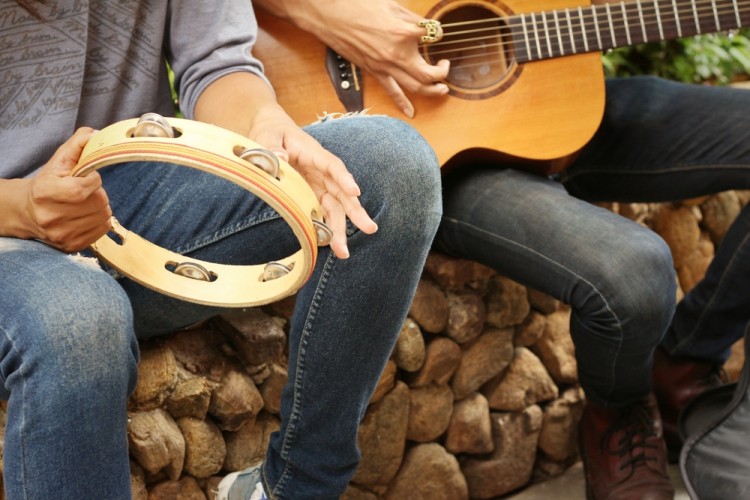 I view Bob Dylan as always changing musician who spent much of his music career trying to reinvent himself. His roots were in American folk music, from which he turned to rock and electric guitar sound, that being viewed as extremely unpopular decision at the time. He then experimented with the gospel, country, blues and even jazz music. Due to this, his songs are fun to play. There are countless of music styles to choose from, and sometimes all those styles are mashed into one song. It is up to you to pick one from the Dylan you prefer, whether it is “folk Dylan”, “country Dylan” or my favorite “rock Dylan”. Guitar beginners should appreciate some of his early works the most since they rarely have more than 3 or 4 chords. In case you don’t love any Bob Dylan (shame on you) you can check out our list of the Easiest Beatles Songs to Play on Guitar.

Although I play guitar for years, I couldn’t rely on myself when it came to choosing the easiest Bob Dylan songs to play on guitar. There are so many to choose from and I can be sometimes subjective when it comes to determining the complexity of a song. That’s why I browsed through numerous YouTube guitar lesson videos while also checking out recommendations on Reddit and Yahoo in order to see what other guitar players think. Those songs that were recommended the most ended up on the list. Let’s check them out!