I didn’t apply to a SUNY or CUNY for undergrad, so I didn’t know the 6 easiest CUNY and SUNY schools to get into. I should have–some of them are great schools and I lived in New York, so the tuition would’ve been lower. Dammit, younger me! Overall, I’m happy with my college choice, but I like to ponder the road not taken–and the debt not incurred. My personal battle with the Ghost of Christmas Past aside, CUNY and SUNYs are not cheap–they’re  just cheaper than other colleges. 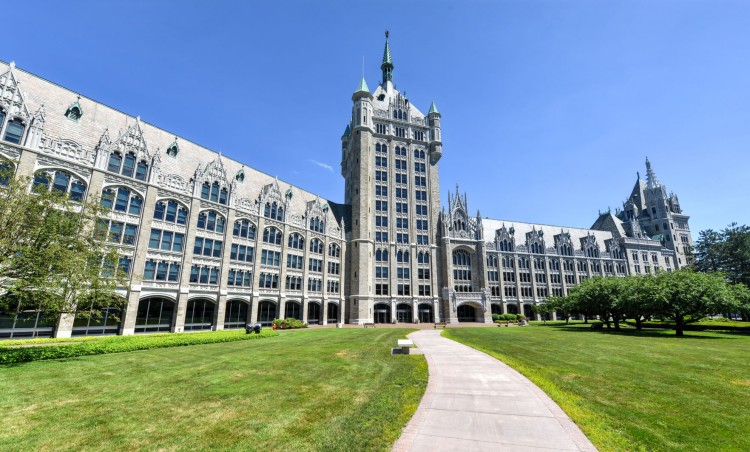 When applying to grad school I didn’t make the same mistake of overlooking our fine ass local public colleges and universities.  I applied to and was accepted to a very cool CUNY that I didn’t even know existed until I did research. And by research, I don’t mean dating a CUNY instructor, which I was also doing at the time–though she was working in a different department at a different college and teaching philosophy while I was going to study art.  What I’m trying to say is no, I did NOT sleep my way into a CUNY acceptance, though the more I protest the more you’re starting to wonder, right? But I DID learn about these great public colleges–even though I ended up going a different way for grad school.

Especially if Governor Cuomo’s plan to eliminate tuition at CUNY and SUNY schools for qualified applicants is passed–why wouldn’t you apply? Also, all of the people I know who did go to SUNYs seems like they enjoyed a quintessential college experience. There were all-nighters, football rivalries, pranks, keggers, and brochure-ready groups laying on lawns.  The closer to Animal House the closer to perfection–right? If you’re more interested in schools to which it is very difficult to gain admission then check out the 10 Easiest and Hardest Concentrations at Harvard.

If you are looking to get into either a SUNY or CUNY then you are going to have the highest possible chance of acceptance if you opt for the schools which made today’s list of 6 Easiest CUNY and SUNY Schools To Get Into. We took a good look at the statistics published by Startclass, and ranked each SUNY and CUNY schools regarding their acceptance rate. Also, we avoided the institutes that had fewer than one thousand applicants.