No matter what level of development, freedom or technological advancement we reach, some parts of the world will always be in disorder and 6 Easiest Countries To Seek Asylum might be a helpful list if you’re currently in one of these. They often change places on the global map, depending on various geopolitical factors, but we can safely say that a healthy chunk of Africa, parts of Asia, South and Central America, some parts of Europe (mostly eastern) and the Middle East will remain endangered for years to come. As already mentioned, asylum seekers exist thanks to many great reasons that span from country’s or region’s political instability, over different kinds of persecution, all the way to military conflicts. This picture might seem gloomy, but we can safely say that “world peace” is just a phrase used in Miss Universe competitions, and that we’ll never actually achieve one. That’s why asylum seekers will always be around. It’s not their fault for exhibiting the need to protect their loved ones and offer them the opportunity for a better quality of life than which they could have had at home. 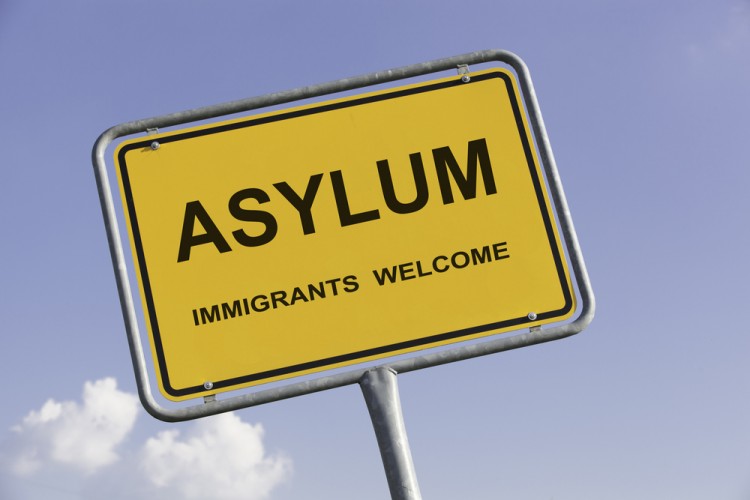 Some countries in the world have been known to openly accept immigrants, and here’s the list of 10 Easiest Countries to Immigrate To which take the biscuit in this category. However, immigrating to another country and seeking asylum aren’t the same things. In order to immigrate, you usually need to fulfill a number of prerequisites and conditions. People that are immigrating generally do that on purpose and with a plan. Those seeking asylum are usually less fortunate than that. As mentioned above, their country might have been torn apart by war. They could have been persecuted on a number of bases e.g. racial, national, political or religious persecutions. With that in mind, people looking for asylum often don’t have any reasonable choice and have to try their luck abroad.

Seeking asylum and getting one, however, are different things. While asylum seekers aren’t required to possess visas or work permits to enter desired country, like legal immigrants; their chance for a brighter future is still uncertain, to say the least, even after they enter the country in which they intend to look for the asylum. Asylum approval can be lengthy process and depends on local laws. Furthermore, asylum seekers without valid grounds for getting one usually stand very little chance of actually being granted the asylum. Getting rejected spells certain and prompt deportation, and agony of returning to the country of their origin and facing all the reasons for running away, yet again.

Asylum seekers will, thus probably ask themselves: “Which are the easiest countries to seek asylum in”? That’s a good question indeed, and unanimous answer can’t be given just like that. There are myriad of elements which should be considered while trying to give the best answer on the given topic. For instance, some countries have the culture of accepting both immigrants and asylum seekers for years and even decades. Some of the countries are popular due to their proximity to unstable countries or regions from which the asylum seekers are being emitted. Some countries could offer great conditions of life, and even highly flexible asylum approval policy, but they can be thousands of miles away from the emitting regions. Finally, one has to take into account a number of other factors like intended country’s political and economic stability, religious structure, system of values, culture, liberal and open-minded view of inhabitants and many other. Developed countries usually have the educated, emphatic and open-minded population which tends to accept both the immigrants and asylum seekers the best.

With all this taken into account, we’ll try to provide the most relevant and concise answer on the topic of 6 easiest countries to seek asylum in. We have used the relevant info from a number of well-respected and relevant sources like The World Bank, CNN, The Guardian and Statista. However, you have to take into account all of the aforementioned. This means that things usually change more often than not, and that easiest countries to get into through asylum seeking from a few years ago could now have much more strict policy. In order to fully understand our choice, we’ll provide you with the relevant info used to determine the overall score. This link will give you the insight into the number of asylum seekers in 2014, by country. Not everything is black and white, however. Some countries are smaller and they absorb more asylum seekers per capita than most of larger ones. Here’s the list of the number of asylum seekers per 1,000 of population in 2014, by country. The Guardian has taken their list from Eurostat, and while this list entirely excludes non-EU countries, you’ll notice the similar pattern as that from Statista. Finally, to cut the long story short, here’s the list of 6 easiest countries to seek asylum in.