In these 25 best states for carpenters, those who know their way around wood can earn as much as $67,650, which is the highest annual median wage for the occupation. Besides, the demand for the occupation in some places will be so high that the number of available jobs will go up by nearly 40%.

According to Bureau Labor of Statistics, currently, around 640,000 people work as carpenters. Their average salary is $46,780 yearly. Compared to some other blue collar occupations, carpenters are somewhere in the middle when comes to paycheck, they earn far more than fast food cooks who are one of the lowest paying occupation with annual wage of around $20,000, but they are also far less compensated in comparison to elevators installers who earn around $76,000 on average. 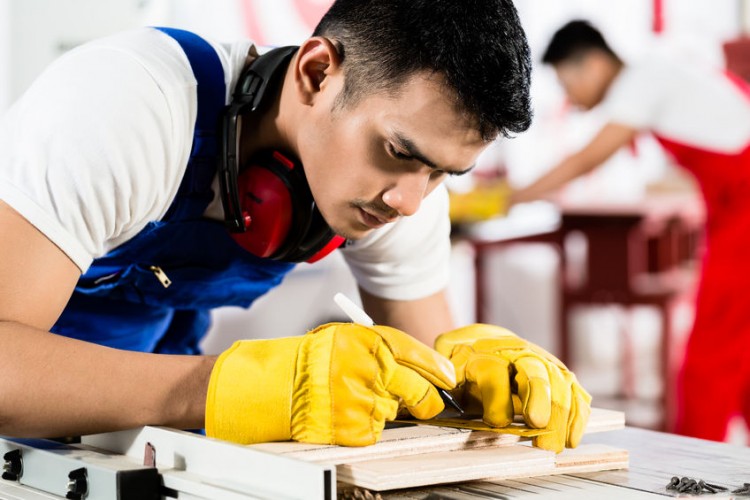 On this list, you will find some of the best paying states for carpenters. Regarding the best-paying industry, this occupation can count on the highest salaries in the electric power industry ($68,200 per year). However, this is also the field that has one of the smallest demands for carpenters. On the other side, residential building construction, which employs the greatest number of carpenters, pays far less – $43,530 annually.

In the following years, the demand for the occupation will be around 6%, which is almost the same as the US average for all professions. BLS estimates that the greatest number of job opening will be available in the residential building sector as the population growth will lead to new home building and remodeling. One of the best things about being a carpenter is that occupation offers self-employment opportunities. Some 39% of carpenters in the US are self-employed.

You do not need much schooling to become a carpenter. Besides a high school diploma, future workers are expected to finish 3-4 year apprenticeships program, which includes 2,000 hours of paid on-the-job training. The good thing is that the occupation allows relatively easy advancement and many carpenters become construction supervisors or independent contractors. Some might even consider pursuing a college degree in architecture especially when they realize how much BA and MA degree holders earn, which is presented in our article 25 Best States for Architects.

In creating the list of best states for carpenters we took into account three criteria – annual median wage, the number of employed carpenters per 1,000 residents and how much the demand for the occupation will increase by 2024. The data for first two criteria were obtained from BLS, while information about job prospects were found at Projections Central. We ranked states by these three criteria and then calculated average ranking to come up with this list.