In this article we take a look at the 20 most gay friendly countries in the world. Click to skip ahead and jump to the 10 most gay friendly countries in the world. We as human beings are complex and extremely flawed creatures, who only learn to grow and evolve with time. We are moving on from times where a very strict definition of normal had been defined and anything contradicting that definition was seen as something ungainly which was to be discarded and discouraged, and at the very least definitely not encouraged. This has resulted in setbacks over decades and centuries, though as I said, we are learning from our mistakes and improving somewhat as time goes by.

The LGBT community consists of lesbians, gays, bi-sexual and transgenders, people who have over the course of history been much maligned and have had to suffer incredibly for simply being the people they were born to be. History has not been kind to this group, who have been outcasts over the course of human history, and have had to hide their true identities and create false perceptions in order to escape persecution where possible. I have never understood why these people have been discriminated against so much, just because they do not fit the norms that have arbitrarily been defined. Being attracted to someone of the same gender or being a transgender literally has zero effect on any person in the world, and it especially has zero effect on the people who are most vocal against the LGBT community.

Religion is perhaps the biggest reason why this community has had to suffer so much. After all, all religions have a way of living and establishes a culture which should be followed by its followers. Most of these religions, especially the biggest religions in the world, have been explicitly critical of homosexuals and have promised the wrath of God on those who engage in these practices. Even now, adherents of these religions are severely opposed to to the normalization of homosexual relations. Luckily though, at a global level at least, such people are in an ever decreasing minority as the world has started to realize the injustices imposed on the LGBT community, and is attempting to provide them with the same rights as everyone else. Of course, this is easier said than done and even though significant progress has been made, there is still a lot more that can be and should be done.

Even in the United States, which claims to be the leader of the free world, and aims to provide restitution to the oppressed, has been criminally slow in providing homosexuals with rights that would be accorded to any other person. In fact, it was only in 2015 that the Supreme Court allowed same-sex couples the right to marry. Even though several states had already enacted similar legislation, the fact that this wasn’t implemented on a federal level till 2015 is astounding to me. Even now, the LGBT community is discriminated against in several parts of the country, especially those which have a conservative majority. This has increased further after the election of Donald Trump as President in 2016, which emboldened closet racists, sexists and misogynists to come out and exhibit their hatred in full view. Of course, other cities are much more progressive and you can learn more if you visit the 20 most gay friendly cities in the US. Companies are also starting to be more LGBT friendly, with companies such as Lockheed Martin (NYSE:LMT), American Airlines (NASDAQ:AAL) and Tesla (NASDAQ:TSLA) being called LGBT friendly companies.

Luckily, Europe seems to have made the most progress in this regard, which is why you won’t be surprised to hear that the vast majority of the 20 most gay friendly countries in the world belong to Europe, which has many advanced economies and a higher standard of living for its entire population, regardless of sexual orientation. On the other hand, you can be certain that you will not be seeing many African or Asian countries in this list. This is because many of these countries have Islam as their official religion and since Islam does not allow homosexual acts at all and is very strict in condemning any such acts, which is why these countries have severe laws against any such acts, which can even include the implementation of the death penalty on people in engaging in such acts.

To determine our ranking, we have relied on multiple rankings from reliable reports and analysis including Asher Ferguson and Nomadic Boys, who have determined their own rankings based on various factors for LGBT friendliness in various countries. We have given more weightage to the rankings by the former website as it has taken much more criteria into its consideration. Further, we also considered the rankings by Rainbow-Europe though this was only limited to European countries. So now, let’s take a look at the countries where your sexual identity doesn’t become your only identity, starting with number 20:

Ranking according to Asher Ferguson: 20

Ranking according to Nomadic Boys: 19

Austria legalized same sex marriage in 2017, while transgender people have been allowed to change their gender without having to undergo surgery, two metrics which show how progressive the country is towards the LGBT community. 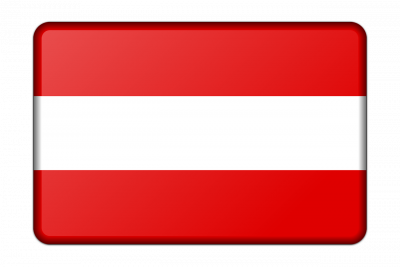 Is EFSC A Good Stock To Buy Now?
Monthly Newsletter Strategy
Download a free copy of our newsletter and see the details inside!
Hedge Fund Resource Center
Lists