Immigration and especially illegal immigration has been one of the hottest topics in the world and especially the US. While immigration is nothing new, the controversies surrounding it have become unprecedented especially when considering the fact that turmoil and civil unrest in several Middle Eastern countries have given rise to unprecedented levels of immigration, and accusations that immigrants are not integrating into new society and are rather trying to establish their own culture. There is some partial truth to it, as there are several instances of people adhering to their own rules and regulations rather than accepting the laws of the country, and integration should always be stressed upon. These instances are also extremely stretched by the far right extremists, who would rather have a ‘pure’ race within their country, rather than see people of different races mix, which is the very definition of unabashed racism, guised under the banner of preserving their own culture.

The US has long since been known as a melting pot of cultures, encouraging immigration from everywhere to pursue the American Dream, which is the national ethos of the country, which basically allows freedom regardless of race or religion, and showcases upwards mobility through pure hard work and appreciation of the opportunities allowed to such people. This was especially popular in the latter half of the 21st century, post World War II, which is why you can see many movies in that period, especially famous ones such as The Godfather, portray the same. It may be about the Italian Mafia and its influence in the US, but the movie starts with showcasing an Italian immigrant who builds a life for himself and his family through hard work, before veering into illegal activities.

However, in recent years, we have observing more instances of certain cohorts of the American population openly display their hostilities towards illegal immigrants. A lot of accusations have been made against immigrants, including that they’re taking away jobs from the locals. To paraphrase a famous comedian , if someone who is from another country and culture and who doesn’t even speak your local language is taking your job from you, then maybe you were never good enough in the first place. Another accusation especially against illegal immigrants is that they don’t contribute to society since they don’t pay taxes, and instead, leech on public funds. Well, undocumented immigrants actually pay billions in taxes. The truth of the matter is, that undocumented or illegal documents contribute a lot more than most people know, and they do that even while fighting attempts to ostracize them from society.

Fortunately, not everyone in the US is as blinded by the hatred as the extremists who would rather not see anyone who doesn’t look like them or act like them. Many cities, which can also unsurprisingly be found among the most gay friendly cities in the US. This is why we have seen the establishment of several sanctuary cities in the US, which have a large illegal immigrant population, but realizing the contributions that these people make to the city, the state and the country, have informally agreed to protect them and not take action against them, which would include deportation. 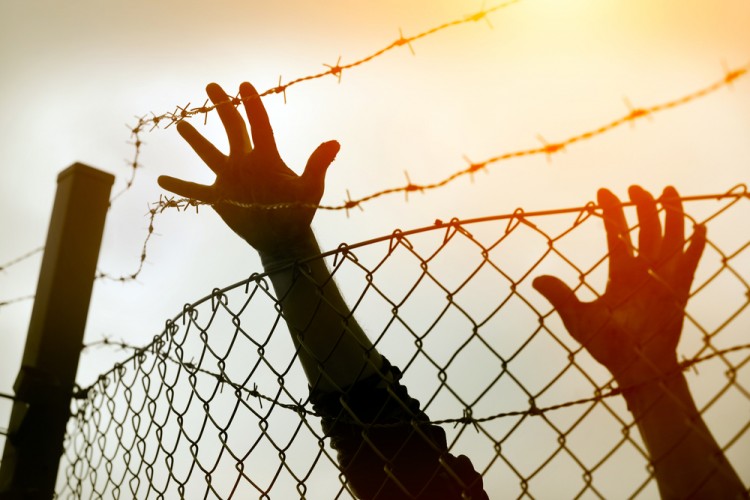 In fact, this led to a lot of tension even when President Trump threatened these sanctuaries with sanctions unless they complied with the federal government in helping to identify and deport these illegal immigrants. California was even sued by the Justice Department for not facilitating the directives of ICE, though a judge eventually ruled in favor of the state, dealing a blow to the governance of Donald Trump. The aims of ICE were to find and deport around 2,000 people though at the end of the day, only 35 arrests were actually made. Now that Joe Biden has become President Elect, we expect that this will help change the negative mindset that has gripped the country over the last four years if Joe Biden does the right thing for American workers.

We aren’t publishing this article to discuss the politics of immigration. We are publishing this article to discuss the economics of immigration. There will be resentment towards illegal immigrants as long as there are tens of millions of Americans who are left behind economically and have given up looking for a decent job. President Trump did the right thing by taking on China and trying to bring back manufacturing jobs. We hope that the new administration will follow Donald Trump’s footsteps and disincentivize offshore manufacturing. Printing trillions of dollars and spending them on bailouts won’t build a strong economy. We can build a more robust economy by rebuilding our infrastructure, investing in manufacturing capacity, and retraining hoards of “hidden” unemployed Americans for these new jobs.

We believe infrastructure stocks like U.S. Concrete, Inc. (NASDAQ:USCR), TimkenSteel Corporation (NYSE:TMST), Titan Machinery Inc. (NYSE:TITN), and Sterling Construction Company, Inc. (NASDAQ:STRL) are promising investment ideas for the next few years. In this article you are going to see that illegal immigrants are invading metropolitan areas mainly because that’s where the jobs are. We need to rebuild our infrastructure in the forgotten corners of our country and put in place incentives for manufacturing companies. We need to bring back so many jobs that there won’t be enough Americans to fill these jobs. That’s when immigrants will be welcomed.

One of the most important things to note here is that illegal immigrants have actually consistently declined over the last decade and more, falling by around 15% when compared to the number over a decade ago. This is aligned with a falling trend in total immigrants in the country, and many have hypothesized that this is happening because jobs are disappearing here and reappearing overseas. Mexicans still make up the vast majority of the illegal immigrants in the country, though they used to constitute more than half of the illegal immigrants, this figure has now reduced to less than 50%. In fact the overall decline in immigrants is mainly due to the decline of immigrants from Mexico, which have decreased by more than 10 million from just 2007 to 2017.

It is still too early to know for sure what the new U.S. administration will do about tariffs, manufacturing jobs, and infrastructure projects. We still like the infrastructure companies because they will be benefitting from the ultra low interest rate environment as we start vaccinating tens of millions of Americans and things start to go back to normal. But till we wait for things to improve on this end, let’s take a look at the cities with the most illegal immigrants over the years, starting with number 20:

One of the very few cities in the US to have seen an increase in the number of illegal immigrants is Charlotte, where numbers have risen by 20,000 over the last decade. 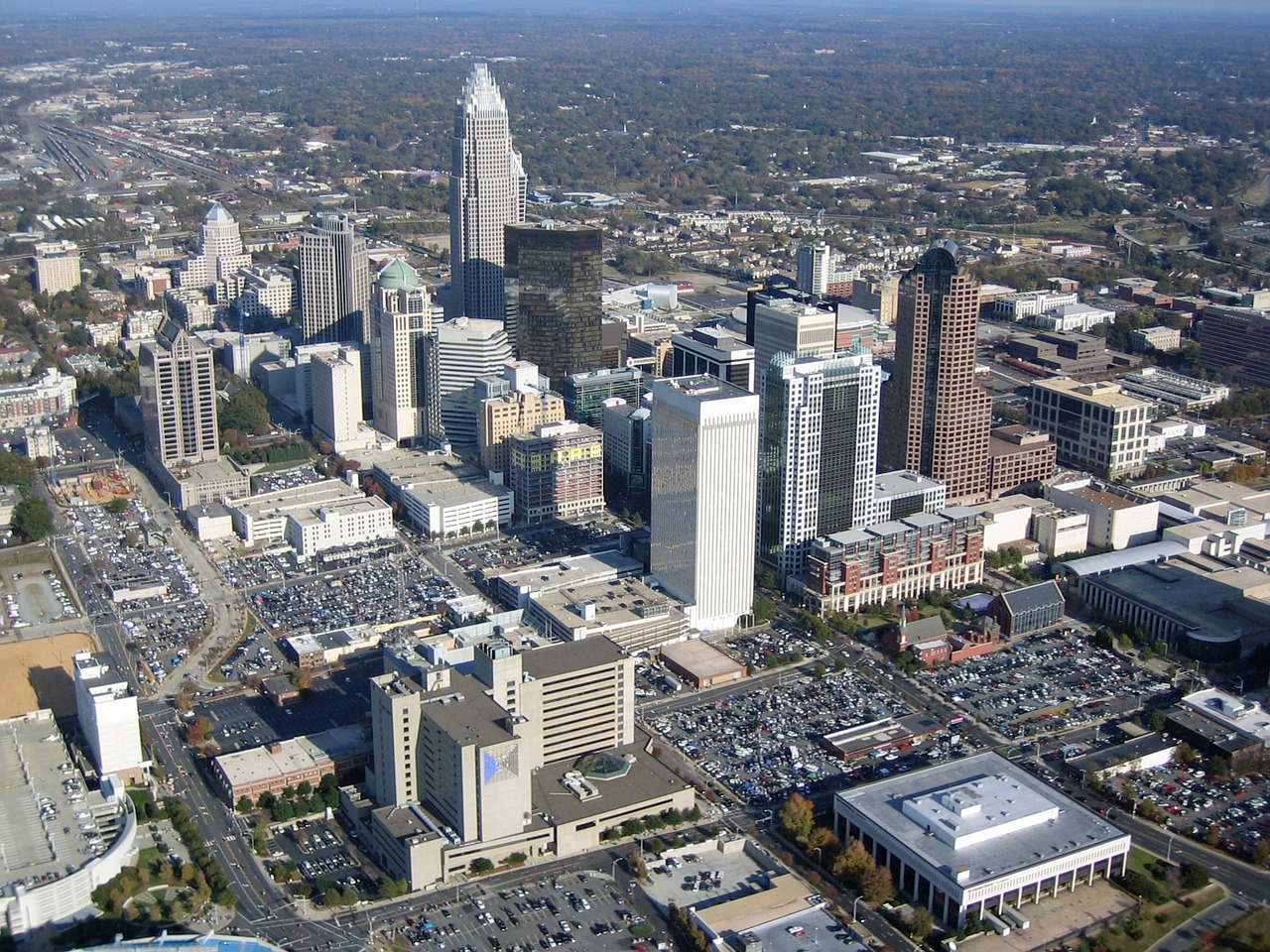