16 Statistics About Human Trafficking In The United States

These 16 statistics about human trafficking in the United States aim to lay bare one of the country’s biggest problems, one which is far from being resolved.

We thought slavery was abolished around 150 years ago; however, it didn’t really ever disappear, mainly because it is incredibly lucrative. Instead, it was just taken underground and now, people are traded for various purposes, with some of the most commons ones including for sexual purposes, forced organ donations, and forced labor. Despite what the name suggests, human trafficking does not mean that a person has to be transferred from one location to another; it simply refers to the trading of humans.

Despicable as it might seem, this scheme has brought about billions in illegal revenue to people who replaced their morals and ethics with cold, hard cash. Such people are only growing in numbers now, with human trafficking being considered as one of the fastest growing activities pertaining to crime organizations who operate internationally. 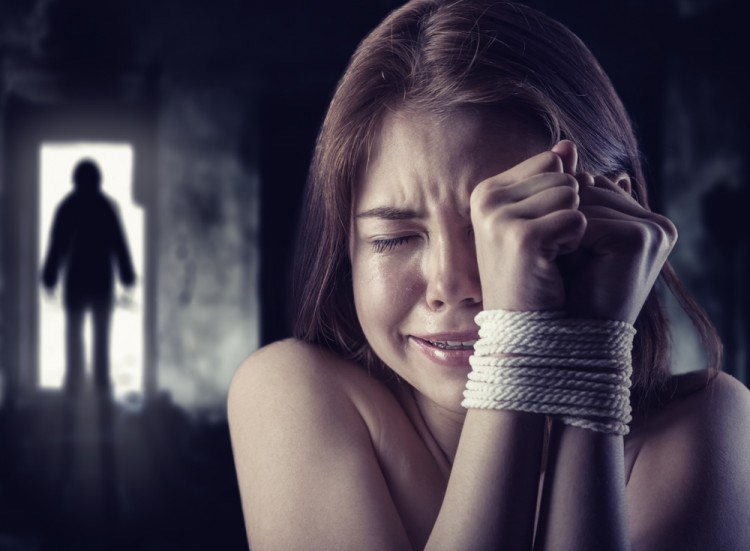 Often, a better life with more security and freedom in addition to substantial monetary income are promised to people who have nowhere else to go. They are told that their troubles are at an end, only to find out they are now trapped, with nowhere and no one to go to. Imagine thinking that your troubles are finally at an end, only to realize that your nightmare has actually just started. Of course, fake promises are just one way of convincing the person to move; threats or coercion have proven to be an extremely effective maneuver as well.

It is important to note the distinction between human trafficking and human smuggling. In human smuggling, people are not only willing but actually pay smugglers to take them from one destination to another, often through illegal means as there is no other way. As mentioned earlier, human trafficking does not require the consent of the person being used. This article by a person who was formerly a sex slave in modern America is proof that we are not creating hyperbole or exaggerations, this is a thriving industry which is unfortunately here to stay. If you can make it through that article without wondering what is wrong with the world, then you are what is wrong with the world.

Some of the statistics about human trafficking in the United States will sicken you to your core. Overall, the industry is worth 32 billion dollars globally, which actually makes it the third largest criminal industry, creating millions of victims every year. More than half the victims consist of women and girls. And while you might think that this happens only in developing countries as shown in the 11 Countries with the Highest Rates of Human Trafficking in the World, the US has its own ugly secrets, and the following facts will illustrate that to great effect.