In this article we are going to list the 15 largest gaming companies in the world. Click to skip ahead and jump to the 10 largest gaming companies in the world. I have been an avid fan of gaming for as long as I can remember, starting with Sega when I was very little and couldn’t afford a decent console, to finally buying an Xbox later on, and all the generations that followed since. There are few things that provide as much fun as an afternoon or a night of gaming, with no care in the world. Whether it’s a single player game, and you quietly spend the night playing the games that bring you the most joy, or multiplayer online gaming, where you either play with your friends and have a blast, or against random strangers, cursing them when you lose since it can only be their fault, gaming has helped improve many lives, whether you admit it or not.

There are hundreds of millions of gamers across the world, who have helped the gaming industry go from being considered a joke to being recognized as a key industry, which was worth over $155 billion in 2019 and is expected to cross $250 billion b7 2025, as a result of an astounding CAGR of 9.17%. The gaming experience itself has changed dramatically from games developed in early days, as developers continue to innovate and come up with new ideas that are implemented in games, to help them stand out in a fiercely competitive industry. You can now play video games which will fully immerse you in their world, while the way you interact with other characters in the game and the decisions you make will impact the course the game will take, which is an unbelievable feat when you think about it. Gamers are notoriously demanding and in addition to stellar graphics, games require stories that would rival the best movies out there in or else, the success will be somewhat less than envisioned.

Among the many innovations in the gaming industry is cloud gaming, which refers to a server, where the games are actually stored, to do all the relevant and necessary calculations and computations, which include rendering of screens, video streaming and game logic process encoding, with several companies in this sector having been established, posing a threat to traditional gaming. Some of the largest gaming companies in the world are now entering into partnerships with cloud gaming companies to make their mark felt in a new sector.

While gaming has always been considered to be a past time rather than a profession, the world keeps evolving constantly and this mindset has changed significantly as well. Nowadays, on platforms such as YouTube and Steam, gamers can earn hundreds of thousands of dollars over a year, if not millions of dollars, when they’re streaming the games they’re playing along with their commentary on the game. Meanwhile, competitive e-sports have taken on a new life and are more popular than ever before, as people across the world battle in the most popular games in the world to earn millions of dollars available in prize money. As gaming becomes more and more mainstream, the amount of money on display will increase significantly as well, with more than $200 million paid out across 4,000 tournaments in 2019 alone. This is a 29% increase from the previous year, showing the growth of the industry and competitive gaming.

When the worst pandemic in a century broke out in 2020, most countries across the world went into lockdowns, with billions of people unable to leave their homes unless it was for an essential reason such as getting medicine or food. All non-essential businesses were closed and people suddenly had a lot of time on their hands as they couldn’t socialize or go out at all. Many people hence turned to gaming in this time and this was a boon for the industry and a survey in March 2020 showed that video gamers spent around 45% more time playing video games in lockdown as compared to the time before. Likewise, e-sports saw major growth in the pandemic as well, for similar reasons. Apart from the US, France, UK and Germany also witnessed growths ranging from 20-38% as both online and offline plays increased. Of course, the pandemic was still disastrous to an extent for gaming companies since offices had to be closed and development of games was hence delayed.

One thing many people don’t know is the pressure that gaming companies and their employees face, especially at the time of launch of a major video game. Working extra hours and through weekends for the last few months before a game is released is common practice, to ensure that the game is in the correct shape at the time of release, as evidenced by the very recent release of Cyberpunk 2077, developed by a beloved gaming company CD Projekt. Even though the release was delayed multiple times to ensure a smooth release, even after release the game has been roundly criticized especially by those who’ve bought the game for the PS4 or the Xbox, due to numerous bugs and this led to the company’s shares falling by 9.4% after release. While it is likely that subsequent patches will fix the bugs, the goodwill of the company established by the Witcher series will take time to recover after this setback.

The largest gaming companies in the world earn billions of dollars in revenue annually, while releasing some of the biggest games you’ll have ever seen. Since many of these companies are not listed, it is not easy to access their information, which is why we have relied on Q4 2019 revenue of these companies. On the other hand, the listed companies are considered as prime for investment, and you might want to consider taking a look at the top 10 video gaming stocks. While there is a chance you may not have heard of these companies, it is unlikely that you won’t have heard of their most famous games. So let’s take a look at the companies which have brought joy to millions of people in a time of panic, starting with number 15:

A befuddling company that creates games as well as automobile parts, Century Huatong, like most Chinese gaming companies, focuses on mobile games. 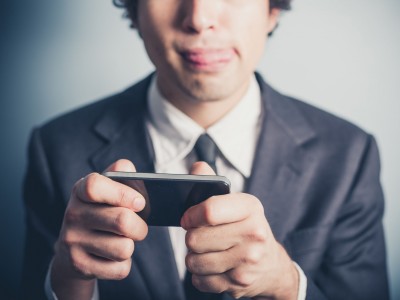 Is AVAV A Good Stock To Buy Now?
Monthly Newsletter Strategy
Download a free copy of our newsletter and see the details inside!
Hedge Fund Resource Center
Lists