In this article we are going to list the 15 largest gambling companies in the world. Click to skip ahead and jump to the 10 largest gambling companies in the world. Gambling is addictive, just because of the rush that runs through you as you make a bet on an outcome that you can’t even control, and the feeling when you actually win and you increase your earnings. However, it also comes with a terrible feeling especially when you lose your money and then spend the rest of your money trying to win back what you lost, and before you know it, you’re drowning in debt. There is a very real reason why gambling addicts need counseling and therapy to recover from this addiction; why they can end up not only losing their money and assets, but their family, friends and other loved ones as well.

Of course, at a small level, gambling isn’t that big an issue. But the moment you feel you’re veering into the abyss, you should stop. A small bet here and there, buying a lottery ticket once a week, that is generally fine. The gambling industry is divided into lottery, sports betting, casinos and others, of which lottery is the biggest sector, while sports betting is the fastest growing one. The lottery division is further classified into online, offline and VR, where offline is by far the biggest segment, with more than 96% of total sales coming from the online sector. VR meanwhile is the fastest growing sector in the lottery segment.

Of course, the largest gambling companies in the world thrive on this addiction and make their billions counting on the very intrinsic nature of people and their addiction to the rush, power and money you can potentially earn from gambling. After all, the concept of passive income i.e. income without having to work a lot is extremely popular and exactly what these companies feed on. This is why the global gambling industry is worth more than $440 billion, with the potential to reach nearly $650 billion in 2027 on a CAGR of 5.6%. Lottery alone is estimated to be worth over $200 billion by 2027 at a stunning CAGR of 9.9%.

In the United States alone, the gambling market is worth around $119 billion right now, while China is forecasted to grow to around $160 billion by 2027. Japan and Canada are other major gambling markets, while in Europe Germany is one of the biggest markets, along with the United Kingdom. Asia Pacific is unsurprisingly the biggest market in the world for gambling and accounts for around a third of the global market, followed by North America, Europe and then the other regions. It is interesting to note that many countries across the world, especially Muslim countries, have outright banned gambling mainly because of the fact that gambling is strictly prohibited by their religions, and hence, no exceptions whatsoever are made. Of course, even if gambling is officially banned, illegal gambling dens thrive in these areas, proving that there is little you can do to stop a person who wants to gamble. 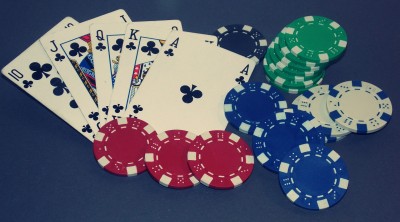 The Covid-19 pandemic, which has seen over 73 million cases and more than 1.6 million deaths. The global lockdown that resulted as governments tried to battle the spread of the virus saw most non essential businesses close down, and casinos were the first to be impacted as they were deemed non essential. This has led to many major companies losing out massively on revenue over the past several months, and many even on the verge of going bankrupt. In many countries, even lottery draws were stopped and betting shops closed down and all these closures are estimated to have an impact of an 11% decline at a global level while in the UK alone, gambling revenues are expected to drop by around 50%. Since professional sports were closed back for several months across most countries in the world, betting on sports came to an almost complete stop, especially in Europe which has a lot of popular leagues which attract betting. Instead, focus has now increased to online gambling as in person gambling was not allowed. Several operators went digital and many states in the US now allow online lotteries to mitigate the effect of not being able to gamble in person. This is why an increase of 13% is expected in online gambling in 2020 as compared to the previous year, which is at least some consolation to an industry devastated by the pandemic. If you are into gambling and have been affected by the pandemic, you might want to take a look at the 11 largest online gambling sites in the world.

The 15 largest gambling companies in the world have revenues crossing the $40 billion mark.  All but 3 companies have revenues of at least $1 billion and these companies are scattered across the world. 6 of the companies are from the UK and 4 from the United States of America, while the other 5 belong to Europe, Hong Kong, Australia and the Philippines. Our rankings are based on their revenues for 2019 and if you try to compare it against other websites,  you’re unlikely to see correct revenues because either the information is outdated, or they take the entire revenue of market cap of a company, even if it has other operations apart from gambling. For absolute certainty on our numbers, we have checked the annual reports of each company, taking only revenue applicable to gambling and converting the numbers from their local currencies to USD. So without further ado let’s take a look at the companies most profiting from gambling, starting with number 15:

Alliance Global is a company from the Philippines, which is engaged in several activities including gambling. The company was founded 27 years ago in 1993. 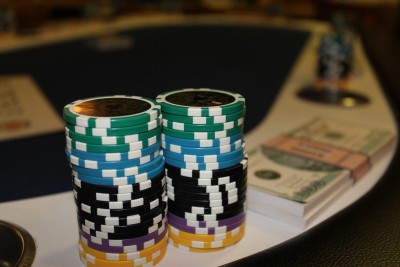 Is PSN A Good Stock To Buy Now?
Monthly Newsletter Strategy
Download a free copy of our newsletter and see the details inside!
Hedge Fund Resource Center
Lists