We all have our favorite actors and actresses, and more than a few of us are admittedly jealous of the lavish lifestyle they lead and the success of the career path they’ve chosen. After all, if you’re a successful actor today, you get to travel the world in style, shoot for a few months, earn tens of millions of dollars and then spend the next several months living in ultimate luxury without a care in the world. This is of course in addition to the millions of adoring fans you have and the fame that comes with a successful career in the film and TV industry.

These are some of the reasons many people attempt to break in to the industry, though there is no doubt that most of them love the profession and love to act, which is the only thing they can imagine doing. And this passion is quite necessary as before being able to break through in the industry, many people have to take on menial jobs and struggle to make ends meet even as they attempt to find the role that will propel them from relative obscurity into stardom and financial independence.

Even TV shows have now become extremely glamorous and have budgets that can rival or even surpass big budget movies, and we do have some stellar TV shows on right now, including my current favorite TV show on HBO, Succession. These TV shows have seen extremely high salaries being paid to their top cast who can earn tens of millions of dollars over the course of a season. And this isn’t really an exception or a new trend; back in the 1990s, the Friends stars each earned over $1 million per episode of the show, while the star of Everybody Loves Raymond, Ray Romano, would earn even more. And even now, especially for female actresses, TV shows tend to help them earn as much as the biggest movie stars do, and there are several TV show actresses in the top 10 highest earning female actresses, including the highest earning female actress. 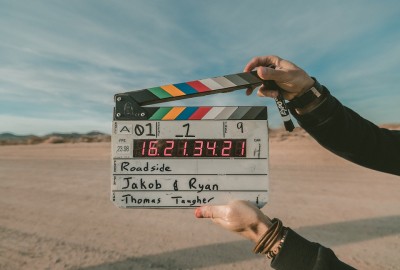 Generally, the list of highest paid actors and actresses in the world is dominated by actors as the biggest movies earn hundreds of millions of dollars, and nowadays, often break the $1 billion barrier too, which used to be seen as insurmountable just over a decade ago. This allows film studios to pay staggering amounts of money to their top actors and actresses, which is why Robert Downey Jr., arguably the face of the Marvel franchise, earned $50 million for his appearance in the latest Avengers movie, since these movies tend to break all sorts of records and the last part of the Avengers series became the highest grossing movie in history. Unfortunately, over the last several months, the Covid-19 pandemic gripped the world, causing nearly 64 million infections and around 1.5  million deaths, and most countries recovered to some extent only for the second wave to begin devastating the world again. This has led to total or partial lockdowns across the world, of which the movie theaters were one of the biggest victims, as non-essentials businesses were closed down and movie theaters were one of the first to go, and in the second waves, they were again closed down in a lot of countries. Even where they are now open, many people are extremely reluctant to go to the theater, which is why many major blockbusters have either been delayed or released directly on TV, which has undoubtedly significantly affected the revenues and profits of the film studios.

Luckily for actors, Netflix (NASDAQ:NFLX) has never been hotter than it has in 2020, as people across the world spent their lockdown binge-watching movies and shows on Netflix. Netflix has become more and more involved in the production of major films and TV shows, and is open to paying top dollar to attract the best possible cast. The company has also made deals with several actors to guarantee their contributions for multiple films, again paying out hundreds of millions of dollars. In fact, of the top highest paid actors in the world, the company paid out over $140 million in just the past year. This comes as Netflix not only attempts to increase viewers but also to enter into the prestige movies niche, aiming to make films which earn nominations at the Academy Awards. You may also be interested in taking a look at the 25 best movies on Netflix  now.

No matter how rich celebrities are, they can still not rival the net worth of the biggest business owners in the world. This is why while actors make may make over $50 million a year, that is really just a bit of change for the top 20 richest people in the world, whose net worth can fluctuate by a few billion in a space of a few weeks, or even a few weeks in extreme circumstances. The net worth of Elon Musk for example has increased by around $100 billion in 2020 alone, a number even the richest celebrities are nowhere close to earning. To rank the highest earning actors and actresses in the world, we have used the latest lists by Forbes and amalgamated the separate lists of actors and actresses to come up with our rankings. It’s unfortunate that even now, the top 10 actresses are paid significantly less than the top 10 men, and there is just one woman in the top 10 and none in the top 5. Here’s to hoping that the gap decreases in the coming years, but till then let’s take a look at the people taking Hollywood by storm, starting with number 15:

She is arguably the greatest actress in history and her awards collection shows the same. She is showing no signs of stopping at all, with her major earnings coming from Little Women, The Prom and Let Them All Talk. 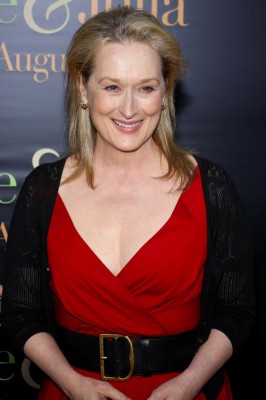