Before diving deeper, let’s discuss the difference between a public company and a private company. A public company refers to a company which is listed on the respective stock exchange in the country where the company operates. Its securities are traded publicly, which means that any person can purchase the shares and become an owner, or at least part owner, of the company. On the other hand, a private company refers to a company which is not listed on any stock exchange and only the members of the company hold its shares, with such shares not being publicly traded on any stock exchange.

Listed companies, or public companies, have a lot of extra obligations as compared to a private company. While the basic set of governing rules are the same for all companies, regardless of their status, in more or less every company, listed companies have to comply with additional rules, with specific laws being passed just for listed companies. These include obligations such as disclosing any major event that may take place pertaining to the company as well as disclosing financial statements in a specific timeline, as well as an annual report which details the company’s activities. This is why if you visit the website of a listed company, you will see an investors’ section, which has all necessary disclosures, quarterly filings and annual reports.

This may lead you to wonder why any company would want to undergo such major scrutiny, and why wouldn’t they prefer to remain private, with less obligations and carrying out activities as they see fit without public pressure? Well, the answer lies in the fact that the shares of listed companies are traded on the stock exchange, and hence, owned by the general public. This allows them to raise a lot more capital than attracting private investment as literally millions of people can contribute partially towards the capital required. In fact, this is why most companies when they want to increase in size or scope, go for an initial public offering, which is when their shares are listed on a stock exchange. And this is also why most of the biggest companies in the world are listed, although there are still several heavy players in the private industry.

To ensure that people like us are not defrauded by the company and are aware of everything that is happening, these extra obligations are required. Of course, people within the company will always know major information before its made public. For example, the finance team will know the profit as its being finalized, and hasn’t yet been disclosed. The CEO will be aware of a major project about to be undertaken or any expansion about to made. This is why insider trading laws exist, which forbid such people from engaging in the trading of shares when they know this information, or even disclosing it to anyone else, which can lead to jail time.

Like I mentioned earlier, most companies move from private to public to expand their business and ensure growth and sustainability of the company. However, on rare occasions, you get the opposite move too, with companies moving from public to private, which is often considered to be a cause for concern. One of the reasons this could happen is because of non-compliance of the company with stock exchange rules, which could lead to the relevant authority delisting the company. If this is the reason for the company going private, there might be other troubles facing the company too.

However, the most common reason for a public company going private is when a major buyer acquires the majority of shares and takes the company private instead, which results in the company being de-listed. This often happens when a company is being undervalued in the public market and the buyer knows that the company can be acquired for cheap. The other advantage is that going private requires a lot less regulations as opposed to a public offering. Many of the most famous companies that went private include companies which then had another IPO and are currently once again listed on the stock exchange.

One of the most recent and controversial examples of a company thinking of going private is Tesla (NASDAQ:TSLA), when Elon Musk,  tweeted about considering taking the company private, and that he had even secured funding, which led to a major increase in the share price of the stock which resulted in trading being halted. The Securities and Exchange Commission then filed a complaint against Elon Musk, which resulted in Elon Musk and Tesla each being fined $20 million and was made to step down as chairman of the company for at least 3 years, even though he was able to stay on as CEO.

Today, we’ll be focusing on the most famous companies that went private, regardless of the fact that they were relisted or not. So without further ado, let’s take a look at the companies which have been major players, regardless of being public or private, starting with number 12:

Year the company went from public to private: 2017

Barracuda Networks provides security, storage and networking and was founded 17 years ago in 2003. The company was taken private in 2017 when it was purchased by Thomas Bravo LLC in a deal worth $1.6 billion. The acquisition was completed in February 2018. 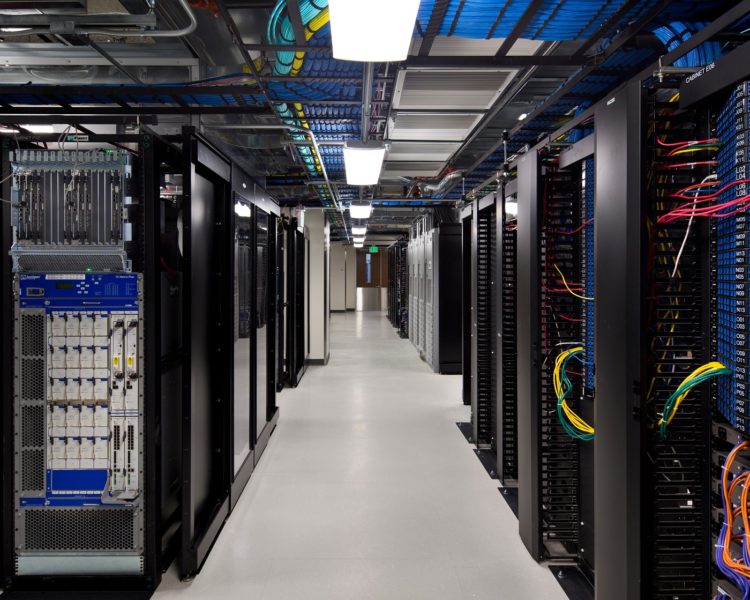 Year the company went from public to private: 2011

With more than 850 stores in 49 states in the United States, it is one of the largest crafts and fabrics stores in the country with headquarters in Ohio. The company ended up being delisted from the stock exchange after it was purchased by Leonard Green, with the deal being valued at around $1.6 billion. 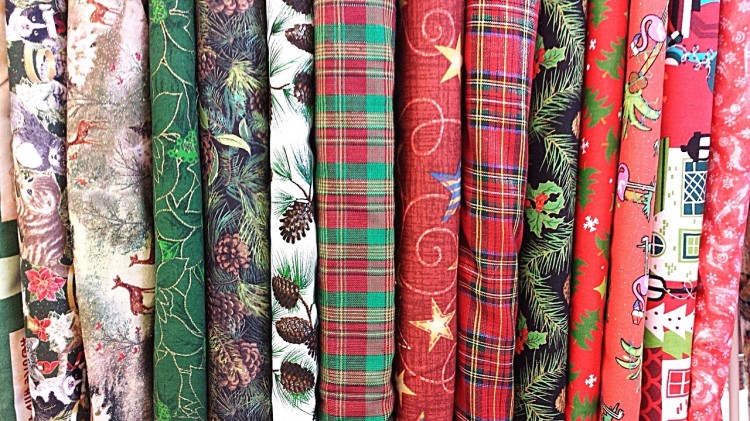 Year the company went from public to private: 2006

One of the largest energy infrastructure companies in the United States is Kinder Morgan, which was founded in 1997, 24 years ago. The company either owns or has an interest in around 85,000 miles of pipelines, in addition to 152 terminals at least. In 2006, the company underwent a leveraged buyout which was management led and was worth approximately $2.2 billion. The deal included Goldman Sachs Capital Partners, Fayez Sarofim and Highstar Capital. In 2011, through the largest private equity backed US IPO offering in history, the company was listed on the New York Stock Exchange once again and has remained listed since. 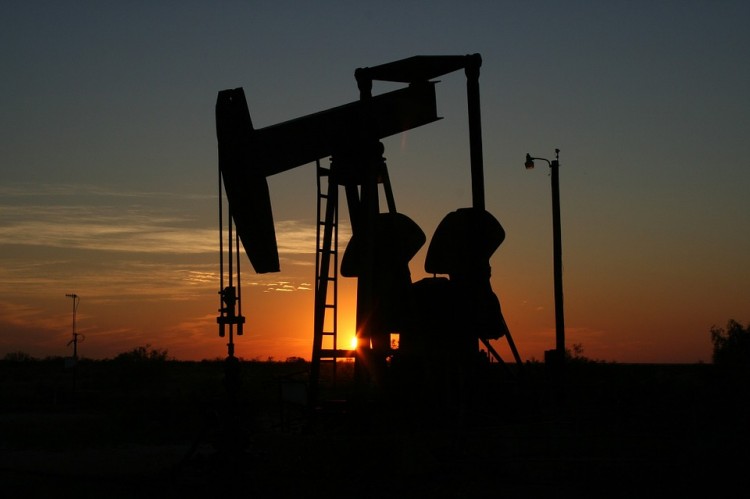 Year the company went from public to private: 2007

The American magazine has been one of the most popular magazines in the country for decades. I remember finding a copy of the magazine around a dozen years ago, and reading about the Oklahoma City Bombing and the entire story behind it, showing the psyche of Timothy McVeigh and what led him on this path. While the magazine became publicly traded in 1990, it reported a loss every single year from 2005 to 2010, and in 2007, a consortium of private-equity investors led Ripplewood Holdings bought the company. 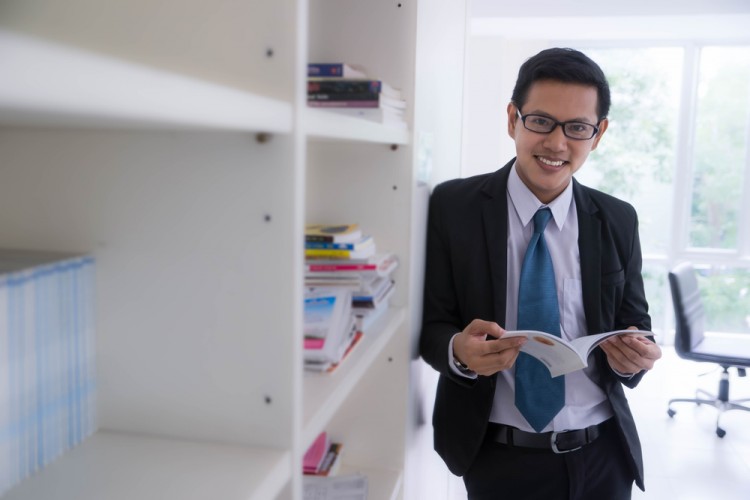 Year the company went from public to private: 2014

Burger King is one of the most popular fast food chains in the world, founded 68 years ago in 1953. The ownership of the company has changed several times over the years and decades. While Burger King initially went public in 2006, it was purchased by 3G Capital for $3.26 billion. Later, it merged with Tim Hortons which led to the creation of the company Restaurant Brands International. 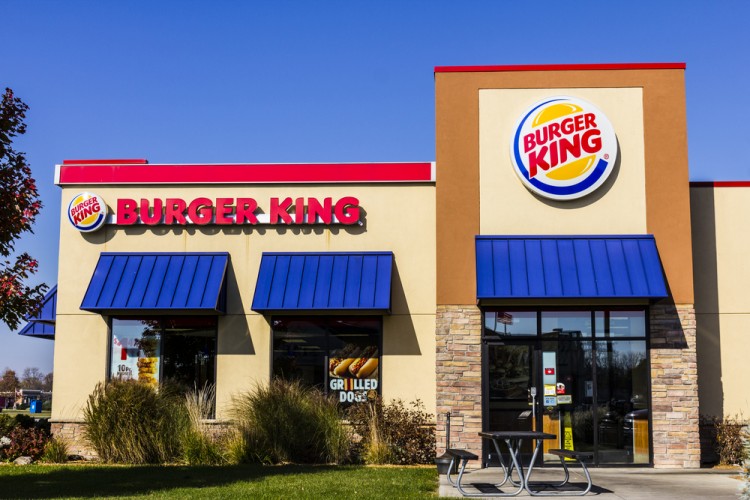 Year the company went from public to private: 2005

Toys “R” Us has been arguably the most popular toy store chain in the entire world. At its peak, the company had at least 800 stores in the United States and 800 stores outside the country, but as online retailers stared increasing in scope, size and popularity, the company suffered and ended up filing for bankruptcy in 2017. But before all of this happened, back in 2005, a consortium joined to conduct a leveraged buyout of the company which was worth $6.6 billion, and resulted in the company being privatized. 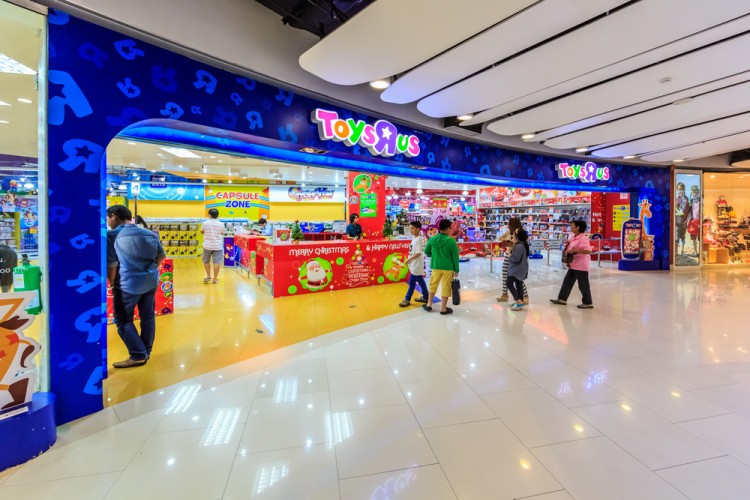 Year the company went from public to private: 2017

The chain store of fast casual restaurants is quite popular in the United States, and in its last 20 years as a traded company, from 1997 to 2017, it was the best performing restaurant stock. It has over 2,000 locations and was once the biggest provider of free Wi-Fi hotspots in the United States. In 2017, the company was acquired by JAB Holding, which is a private equity firm and owns other major brands such as Krispy Kreme. The deal was worth around $7 billion.

Please continue to see the 5 most famous companies that went private.

Disclosure: None. 12 most famous companies that went private is originally published at Insider Monkey. 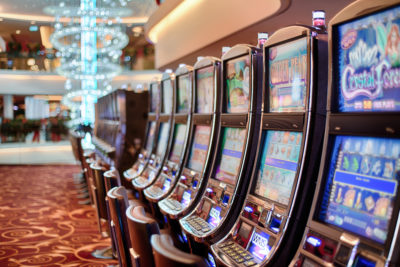 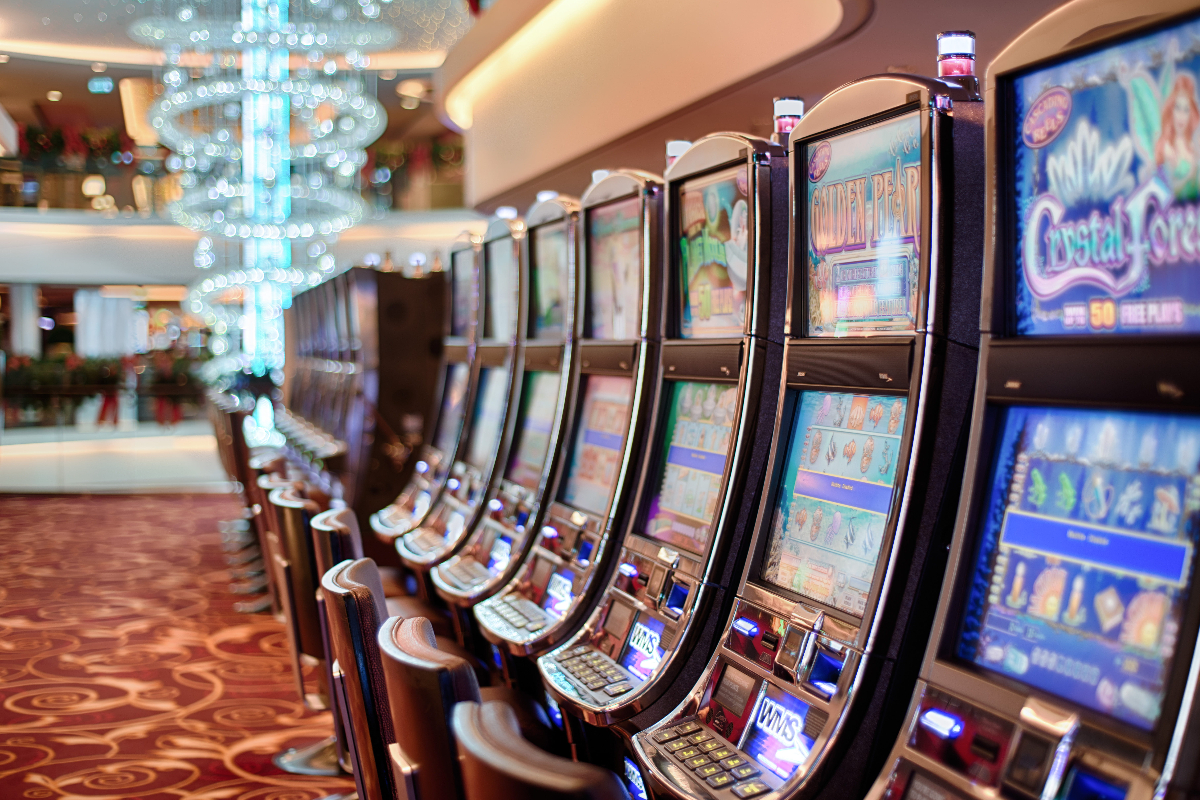 Is It Too Late to Buy MGM Resorts International (MGM) Stock? 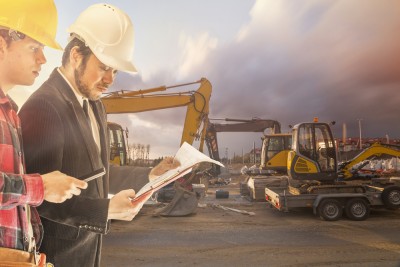 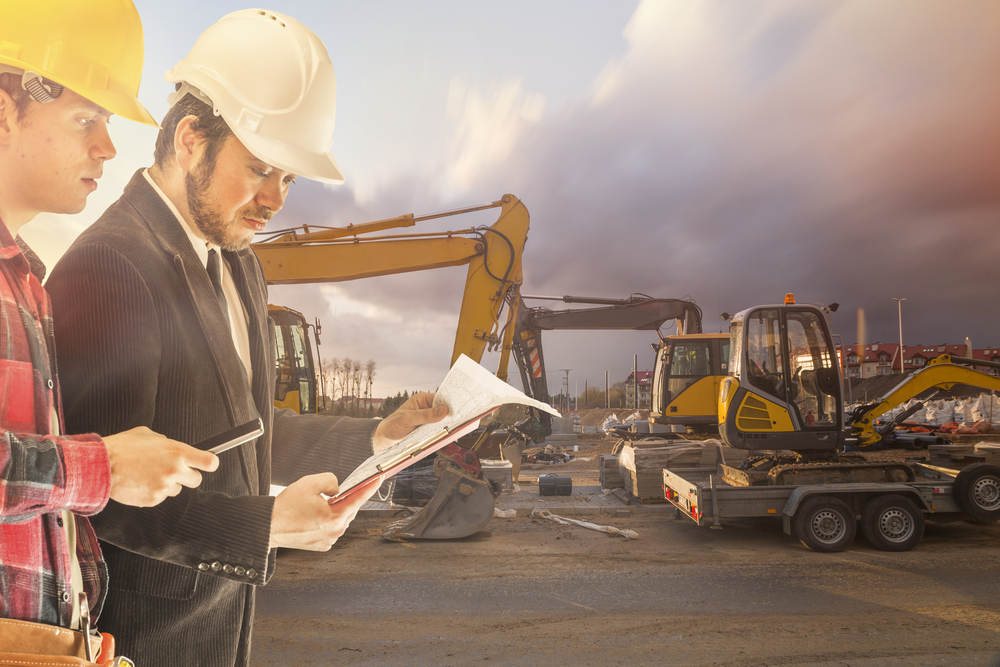 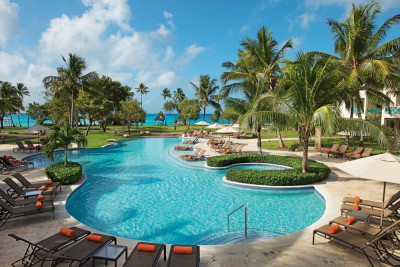 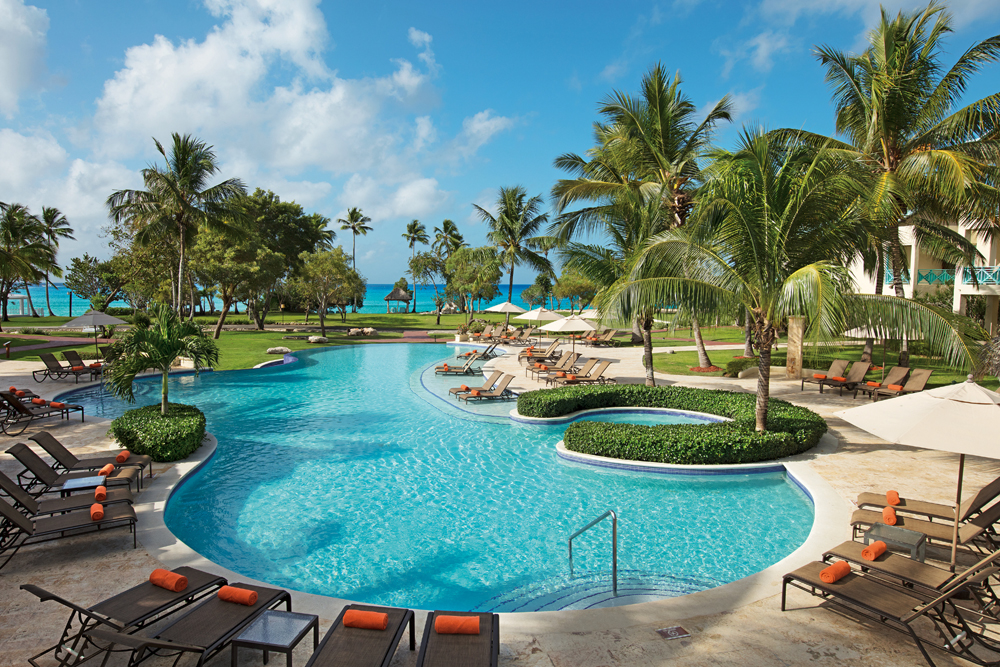 Is It Too Late to Buy Hyatt Hotels (H) Stock?

15 Biggest Liquor Companies in the World

5 Biggest Liquor Companies in the World

15 Countries With The Highest Average Carbon Dioxide Emissions Per Person

5 Countries With The Highest Average Carbon Dioxide Emissions Per Person