You may not be surprised to know that this industry is relatively a new one, with many other industries being established centuries ago. The rental equipment industry is less than a century old and in fact, the American Rental Association was only formed in 1955, 65 years ago. You may also not be surprised to learn that since this is not a huge industry as opposed to say the construction, tech or electronics industries, instead of having giant companies with tens of billions of dollars of annual revenue, the equipment rental industry is full of small and medium sized companies, though recently, some companies have started to achieve significant growth and cross the billion dollar threshold. In fact, most of the companies within this industry have less than ten employees, which for me was quite an astounding statistic. 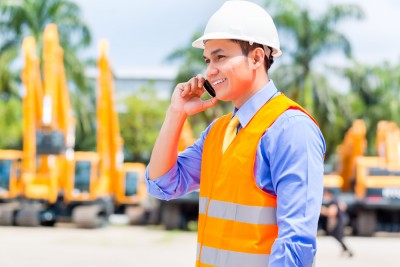 This industry has been progressing steadily over the years and an initial report on the industry predicted a CAGR of 5.06% from 2019 – 2026, again showcasing that it’s a relatively safe industry with steady potential over the years. Currently, the industry worth close to $100 billion at a global level and there are several reasons why it is expected to grown constantly, chief among them the growth of the construction industry, especially in developing industries where strong focus is being laid on infrastructure, as links between developed infrastructure and high quality of life are heavily related. Furthermore, greater investment in infrastructure is needed as populations of developing countries grow at high rates.

Of course, the aforementioned rosy outlook was before the Covid-19 pandemic devastated the global economy and affecting severely most industries in the world, crippling growths and plunging most of the countries in the world into either recessions or depressions. There are now around 70 million cases globally and nearly 1.6 million people have died because of the virus, though even this figures are expected to be extremely understated and it will be a while before we find out the true impact of the pandemic. To battle the pandemic, most countries suspended all non essential activities, resulting in lockdowns of billions of people globally, and while businesses which could work from home could still survive, the construction industry came to a grinding halt as you have to be on site. Since the equipment rental industry is strongly linked to the construction industry, it has been hit hard as well. Further, as many companies work from home, office equipment demand has strongly fallen while most team sports have been cancelled or postponed, leading to a decrease in demand for sports equipment. Events have come to a halt as well, and equipment rented out for events is now wasting away in storage. The true impact of the pandemic will only later be known properly.

The largest equipment rental companies in the world are leaders of an industry which is in flux, with more and more competitors entering the industry and making their strength felt. In the top 100 rental companies, 12 were completely new entries, most of which are from North America. Our list is based on the 2019 and 2018 revenues of these companies, taken from a report by International Rental News. 70% weightage has been assigned The top 100 companies in the industry had revenues of over 53 billion euros. So let’s take a look at these industry leaders, starting with number 12:

Nikken Corp was established in the 1960s and has a rental business of more than 1 million items. This Japanese company is fully owned by Mitsubishi Corporation.

Is OYST A Good Stock To Buy Now?
Monthly Newsletter Strategy
Download a free copy of our newsletter and see the details inside!
Hedge Fund Resource Center
Lists