It is without a doubt that I can tell you: I’ll never forget all the funny lessons I learned in high school, in fact, they’re greatly responsible for who I am today. That’s serious stuff. Puberty is a strange time of your life; your body and mind are embarking on a long process of metamorphosis that will turn you into the exact opposite of a butterfly: a teenager.

A teenager is basically a smelly, shapeless, undefined draft copy of an adult human but not quite it. It walks, it talks, it craps, but it lacks reason, the world is unknown to them so there’ll be a lot of stumbling and falling. Later you get used to it, and then at some point it just grows old, but when you are a teenager everything is like THE MOST IMPORTANT THING EVER. Your heart runs wild with every new experience, every new emotion, you begin your journey of –disgusting- self-discovery, and hormones take over the Earth. And all of this is exactly the reason why we do so much stupid sh*t in our teens. Funny or not, every life lesson that you learn in high school is important. 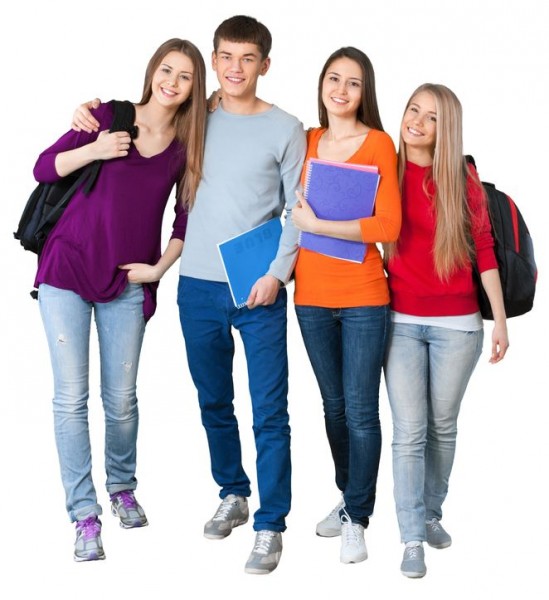 Now, as for which lessons qualify as the funniest, Chandler Bing depicts it perfectly in this 6-second video (click here) . So, there are two varieties of funny: there’s “haha funny” (like mischief and drinking), and there’s “Blow your brains out funny”, also known as “irony”. Some things you learn in high school you don’t realize you have learned them until later in life. An example of two different kinds of things I learned in high school would be: “carry illegal substances in my bra” (haha funny) vs “my parents actually knew shit and I didn’t get it AT ALL” (irony). Funny enough, as I wrote this article I realized the second kind also works as advice.

For the last, I want to give a special mention to someone who taught me many important lessons as a teen: Harry Potter. This is why I’ve embedded a Harry meme in the title of each item for your amusement. Warning: some are dirty. Now, go, learn things you already know; and if you don’t, it’s about time you do! Go! Run!

11 Important Life Lessons That You Learn In High School12 Funny Lessons Learned in High Schoolare drugs bad for teenagers?Being cool is a matter of confidenceDrinking is fun until you puke your guts outDrugs are fun but dangerousfunny math jokes for kidsHaters gonna hate no matter whathigh school taught me quotesHow important is self confidence?is cheating on tests a bad thing?is it ok to punch a bully?It is OK to cheat on a test...List XFinancelisten to themMasturbation is an important and healthy part of lifeParents know sh*tPuppy love is awesomeshould teenagers have sex?SlideshowStanding up to bullies is worth itThe magic world of boobies and wee-weesThe time to do Illegal stuff is nowthings puberty taught meVirginity is overratedwere my parents right?What are the funniest things you learned in high school?what did you learn as a teenager?what high school taught me about lifewhat high school taught me funny