If you have some time on your hands during the pandemic, you should consider taking up one of the 12 easiest second languages to learn for English speakers. While for centuries, knowing one language has generally been sufficient, today, post globalization, being able to speak just one tongue is no longer enough.

As someone who has grown up in Pakistan, I have been speaking two languages ever since I was a child. In my country, English is a mandatory language for multiple reasons. While the British may have left over 70 years ago, their impact still remains in the country, while learning English is also a prerequisite for anyone who wants to perhaps move abroad in search of better education and jobs. When your native language is only common in perhaps two countries in the entire world, learning a second language is a must for any chance of success. 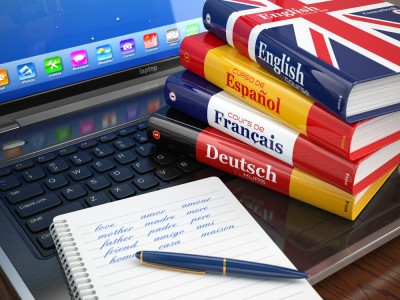 As an avid traveler, English has aided me significantly in being able to converse with people of various nationalities and ethnicities. And this should come as no surprise, as English is the most widely spoken language in the entire world. This may lead to people whose native language is English wondering why they are being expected to learn another language. Well, there are still dozens of countries out there where English is not a common language, and the majority of people do not speak it. If you know another global language, such as perhaps French or Spanish, you will have a much easier time communicating with people across the world, as speaking the local language leads to quicker acceptance.

And if that’s not enough, being able to speak a second language enhances both your memory as well as listening skills, and helps keep your mind sharp even in old age. In an age where many major countries are essentially melting pots, learning a second language will surely help. This is why many people in Europe also speak second languages, more of which can be learnt about in the 6 most common second languages in Europe.

While learning a second language is highly recommended when one is a child, due to a child being able to master multiple languages fluently, there is no reason why you cannot do the same in adulthood. Nowadays, there are a myriad options to learn a second language, including apps and websites which have millions of users such as Duolingo, Babbel and Rosetta Stone (NYSE:RST). While some of these apps are free, others require a paid subscription and have been credited with helping millions around the globe learn new languages.

It is also pertinent to mention here that there will soon be a time when learning new languages will become a hobby for some, rather than a necessity. And funnily enough, this time might be just around the corner. As technology advances, products are being developed and launched which can translate different languages in real time. Google is just one of the companies pioneering this research and as our understanding of how to develop such product grows, you can be certain that these products will eliminate the need of spending hundreds, if not thousands, of hours learning various languages.

At Insider Monkey we scour multiple sources to uncover the next great investment idea. For example, we take a look at lists like the 10 PayPal alternatives for international payments to identify emerging companies that are likely to deliver 1000% gains in the coming years. We interview hedge fund managers and ask them about their best ideas. We read hedge fund investor letters and listen to stock pitches at hedge fund conferences. For example we are checking out stocks recommended/scorned by legendary Bill Miller. Our best call in 2020 was shorting the market in February before the coronavirus pandemic rocked the financial markets. You can subscribe to our free daily newsletter on our homepage.

To determine our list, we have relied initially on the Foreign Service Institute’s recommendation of the easiest languages to learn for English speakers, based on the number of hours that you need to invest for each language. Where the languages have a similar number of hours, we have referred to other websites such as Babbel and CNN, to rank the languages. If you want to compare our list to an older version of the same, you should take a look at our 12 easiest new languages to learn for English speakers article. So let’s take a look at the languages that you should consider picking up as a native English speaker, starting with number 12: