Whether some unknown environmental factors play a role in states with the highest asthma rates in the US, or not, they definitely have significantly higher asthma rates than the total US mean asthma rate.

According to Centers for Disease Control and Prevention(CDC), “Asthma is a common chronic disorder of the airways characterized by periods of reversible airflow obstruction known as asthma episodes or attacks”. An asthma attack can vary from mild to severe enough to become life-threatening, common symptoms being wheezing, coughing, shortness of breath, and chest tightness or pain. Different people can have different triggers for asthma attacks, and they include exercise, airway infections, airborne allergens, air pollution, occupational exposures. There is no cure for asthma, and the cause is unknown in most cases. By avoiding asthma attack triggers, and using appropriate medicine asthma can be put under control, however, there are cases where asthma is resistant to all current therapies. Asthma is more common among obese adults, as well as among smokers. There is a significant difference in asthma rates for men and women, men having greater asthma rates in childhood, while women have greater asthma rates in adulthood, and there is no definitive answer why is that so. Most of the asthma deaths occur in persons aged 65 years and older, and are thought to be preventable with early treatment. Untreated asthma, can lead to missed school days, and missed work days, and in 2007 loss of productivity due to asthma attacks was estimated to have cost the society of $3.8 billion. 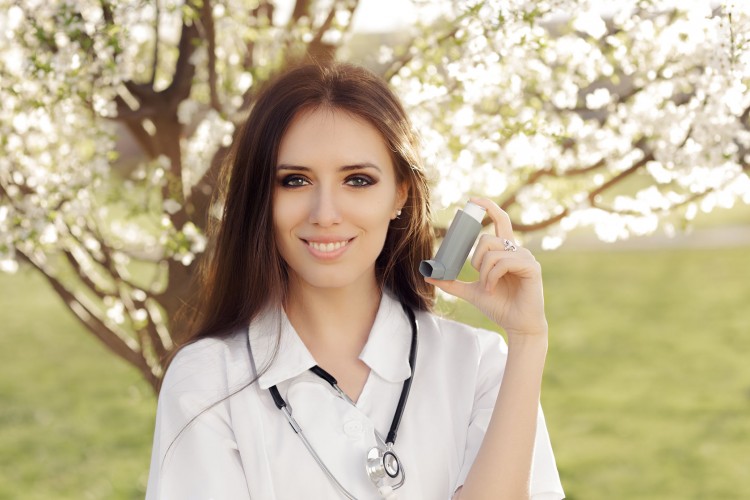 If you, or someone you care about has asthma, you might find useful our other article on 11 Best Cities to Live for People with Asthma in the World.

For our ranking we are using asthma prevalence in percent, data is for 2014 and taken from CDC; we will also include death rates for states for which they are available (data is for 2015), as well as estimated number of adults per state having asthma. Asthma death rate is estimated number of deaths per one million population per year, where the underlying cause of death is asthma. Only 39 states have asthma death rate statistics, and a lot of them have the same death rates, which results in only 29 ranks, so we will include death rate rank if we think it is interesting. Total asthma prevalence in percent for the US is 8.9 which translates into about 22,000,000 adults living with asthma in the US. We finally begin with our list of states with the highest asthma rates in the US.